There are many reasons why I love the car business, but one of the most compelling aspects of my love affair with the car business is the fact that many people start working at car dealerships in an "Entry Level" type position and then go on to perform better than their peers, get promoted, increase their incomes and becoming notable success stories.  Darin Wade is one of those success stories... The auto industry has long fostered merit based success and career advancement, with newcomers to the trade able to apply themselves and become far more successful than they would have been, had they pursued many other professions. 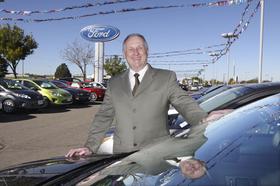 In 2001 I was sent to Rich Ford, a dealership in New Mexico from the Cyber Car/Reynolds Consulting offices in Philadelphia where I was the "Consulting Practice Leader".  I was sent to Rich Ford because the dealership had contracted Reynolds and Reynolds for a CRM installation based on a software product called "DealerKid".  After the install had begun, a decision was made by Reynolds and Reynolds to get rid of DealerKid and develop an all new CRM system.  The new system would later be called "Contact Management".

The situation was very tense and I believe the first words out of Dennis Snyder's (Dealer) mouth when I was introduced to him was something like "Did you bring me my check?" Referring to a refund on the product he purchased, paid for, but a software product that was now being taken away.

While working on the project, I spent quite a bit of time with a Rich Ford manager by the name of Darin Wade.  What I encountered working with Darin was the fairly rare case of a guy going to college, getting a business degree from one of the top business schools in America and then going to work for a car dealer.  Before I learned that he was the dealer's son-in-law, I was very impressed by Darin's professional approach to problem solving, process implementation, organizational design and allocating both task responsibilities and the monitoring of completion of those very same tasks.

Darin Wade was the real deal and working with him, Gary Montoya, Dennis Snyder and the entire Rich Ford management team and staff led to several industry milestones.  This in turn led to Ford Motor Company being so impressed with Rich Ford's BDC and their use of CRM processes that my team was able to secure a contract to install 600 dealership BDC's for Ford over the next 3 years.  Yup, Rich Ford was the first of those Ford BDC implementations and became the prototype for Ford's example of how to properly set up and run a dealership BDC for thousands of Ford dealers.

Over the next 11 years I have had the privilege of working with Darin Wade, John Fachko, Dennis Snyder, Della Anderson and many other Rich Ford automotive professionals on multiple projects and programs... They became my "Go To" team when we needed to show Ford Motor Company whether or not a marketing or sales process was worth training other Ford dealers to execute.

Last week I received a phone call from Darin and learned that he had been selected to become the new Dealer Principal of the former Bob Turner Ford World in Albuquerque, which as of November 1, 2012 became "Power Ford of New Mexico".

You can visit Darin's new Ford dealership online at www.PowerFordNM.com.

Which brings me back to my original statement about why I love the car business; watching Darin Wade's career progress to the point where he has been able to secure the funding and buy a Ford Dealership... A very big Ford dealership! Darin Wade opening up Power Ford in Albuquerque, New Mexico is one of the most inspiring examples of the "American Car Guy Dream" I have been exposed to in over 30 years in the car business.

The business has been bought out by a Richardson Investment Group, that owns Rich Ford. The new owners and ubiquitous manager is Darin Wade, an Albuquerque local who worked with Rich Ford for 21 years.

Bob Turner Ford only distinguished 22 years in Albuquerque. The strange dealership was on Lomas and University that now is a parking lot for UNM.

Bob Turner changed a dealership to a Montaño plcae in 2000.

Sales Manager Eric Adlesperger worked with Bob Turner for years, and he says a “No Bull” opinion kept a association clever by some-more than one mercantile downturn.

There could be staff changes during Power Ford, according to Wade, though he wasn’t specific.

The aged “No Bull” thesis and heading observant is gone, and a new trademark and ads are already popping up. The sale became central on Thursday.

Please join me in congratulating Darin Wade on this momentous accomplishment of becoming a Ford Dealer! Darin and his new Ford dealership can be reached as follows: 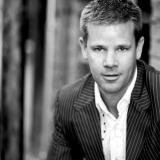 Comment by Ralph Paglia on November 30, 2012 at 7:11pm
I am on a plane headed back to Phoenix after working with Darin Wade, John Fachko, Joe Watts and many other automotive professionals at the new Power Ford of Albuquerque, New Mexico. Words cannot describe the excitement of seeing a good friend and respected colleague like Darin Wade actually go from being one of the best General Managers in the business to an honest to goodness DEALER PRINCIPAL! However, after just 48 hours at his new dealership, interviewing employees non stop, I can sincerely say that Darin and his crew have a lot of work to do... Of course, if the former Bob Turner Ford Country dealership had been kept up to date in process and tools, Darin probably would not have had the opportunity to buy it. The store is as if you took a time machine to 1999 and plucked a new Ford dealership and transported the facility and people to 2012... It looks brand new because the facility was taken care of, but one example of the store's frozen in time status is that their limited internet access is of dial up bandwidth, unable to load images, video or animation. Sales peoe have no access to FMCdealer.com tools and apps because there are no PC's for them and the phone system is a 1980's style PBX with those quaint biz phones with lots of push buttons like you see in movies set in the 70s and 80's.

The three best thing I found while assessing Power Ford's situation from a BDC implementation perspective were:

1. PEOPLE - Power Ford has a surplus of friendly, eager to learn and committed to the team's success people on board. Rather than the usual anxiety I see in a store shortly after a new owner buys it, these auto pros are looking forward to new and vibrant leadership and they WANT the dealership to succeed!

2. CRM System - the dealership has a Reynolds ERA system and installed Contact Management from Reynolds and Reynolds. Everybody has an opinion, an mine is that there is no better combination of DMS and CRM system for a dealership to use as a foundation for Digital Marketing and Business Development success than ERA and Contact Management. After more 11 years of being deployed to over 3,000 dealers, CM has a robust set of automation, configurable schedules and work flow process triggers, combined the most robust DMS integration in the industry to be so far ahead of anything else in the market as to represent a competitive advantage IF CONFIGURED AND USED PROPERLY.

3. FACILITY and LOCATION - a huge corner property at Montano and Renaissance just off the I25 Interstate in the affluent and fast growing north west part of ABQ, the facility is the larger version of the Ford 2000 design motif with plenty of display space and many thousands of square feet for operations. The meeting room looks like a Stanford University lecture hall for 120 people. I may try to convince Darin to let ADM hold dealer training seminars in his learning center, it is that nice! we even found an ideal location for the new BDC.

Very inspiring!  This is truly a great business!  Good luck to Darin Wade!