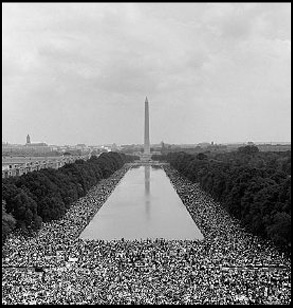 On August 28, 1963 in front of Lincoln Memorial in Washington D.C., Martin Luther King Jr. delivered a speech that became a pivotal turning point in U.S. history.  What made Dr. King’s dream a reality was his literally devotion to being in action.  He acted despite adversity, ridicule and criticism.  His thoughts and opinions were not popular and were considered not acceptable at the time.  What would the face of America look like today if he had approached that podium and said, “I have a dream” and stopped right there?

Not all of us are great orators or inventors, but we all have the ability to mold our world.  Even Henry Ford was the product of those who came before him, those he encountered along the way and those whose life he touched.  Each person has a dream, but often we find it easier to keep that passion bottled up and hidden from those around us.  Yes, it takes imagination and inspiration to dream.  In our dreams, anything is possible.  The difficulty comes in bridging our dreams with reality.  Bringing a dream into the real world takes courage and faith.

Shifting our behavior patterns from being the tools of implementation for the policies and procedures assigned to us to being the change in the world around us, is our own access to progress.  The Manus Group has a dream that Dealerships Nationwide can shed the reputations of the past, by creating employment environments where everyone would want to become a car salesperson.  The Manus Group believes that one of the first steps is responsible automotive recruitment coupled with customer service focused sales performance training.

Everyone has a dream.  It is the person who gets up each day and risks humility and failure to show courage while being in action that will see their dreams become reality.  Only when you step up to the line and take the shot or attempt the goal or grasp the opportunity can you win.  Failure is not an option...it just happens.  Quitting is an option, as it is a choice.  The dash on a headstone represents the legacy that we leave behind, but sadly many humans will play it safe and be laid to rest along with their dreams.  I often wonder what the world would be like if we all had the opportunity to deliver our very own “I have a dream” speech.

Stephanie Young is the Vice President of Sales and Marketing for The Manus Group, where she is an active blogger, social media contributor and spokesperson for one of the nation’s leading automotive recruiting and training firms. Stephanie is also the current Ms. Florida Forestry Queen, promoting her platform encouraging young woman to pursue their interests in STEM field careers.