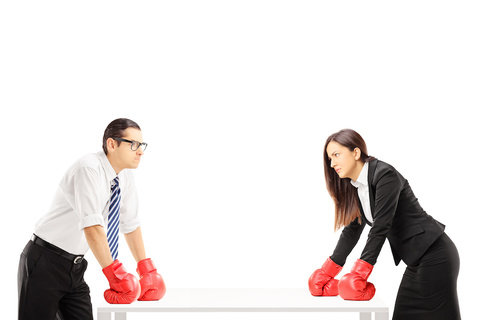 Dealerships have forever tweaked pay plans to satisfy bottom lines and keep employees happy. Many employees in the sales department can make more money from a single sales commission than any technician can make in a day. There are even some salespeople that are so productive that their paychecks can exceed those of their sales managers – and sometimes that leads to friction and resentment.

One would think that any manager would be thrilled if a salesperson, or other commission-based employee, made more than they did, since most dealerships pay structures divide the profit incrementally up the chain, meaning if this salesperson is killing it in commissions, it only increases the manager’s paycheck as well. However, because of the percentage differences, sometimes this can create conflict.

Recently, the movement has been away from commission-based pay plans and towards salary based. While that’s still in play, it hasn’t worked out for some dealers.

First, the reasoning behind why some dealerships have switched to salary-based customer consultants, versus commission-based salespeople, has to do with marketing. The ability to tell a customer that salespeople don’t benefit financially from profit hopefully eases the customer’s mind and establishes trust in the salesperson as a helper, not an adversary. The problem is that it is so ingrained into consumers’ minds that negotiating price is expected and necessary, that it really doesn’t make a difference. That’s why some dealerships which switched to salaried employees are switching back.

For employees, especially aggressive and productive ones, switching to a salaried position is similar to a demotion. Car sales positions have historically been advertised as a “make as much money as you can” type position. By switching to salaried positions, these producers tend to move on to other dealerships in order to maintain their level of pay. Keep in mind that this switch doesn’t just involve salespeople, but also management.

No longer does a manager get jealous that a salesperson is making more money than they are. However, in the end, are they making as much as they could have been? This creates higher employee turnover.

And from the customer side this turnover then affects the customer experience. If every time a customer comes into a dealership their salesperson and/or management has changed, how can rapport ever be established?

Let’s examine a non-industry movement that’s happening – one a little similar to the movement in the auto industry– no-tipping in restaurants. According to an article in the New York Times, there has been a movement to include tipping within the prices on the menu.

Of course, in order for restaurants to do so, and continue paying employees what they had been used to earning, they had to raise menu prices across the board. The psychological effect this had on their customers was not pleasant. According to the article, regular customers came in and were displeased with the price increases, especially on what the article termed as “welcome items,” such as coffee, a glass of wine with their meal, or other small things. And, frontend staff (similar to the salespeople) made over 500 percent more than the back of the house staff (such as the techs or service advisors), which caused tension among the staff. The end result was that the no-tipping policy in fact just served to increase resentment that the back of the house had with the front of the house staff. It also turned away customers who didn’t approve of the price increases, even with the no tipping policy.

Regardless of whether your dealership is commission-based, or non-commission based, keep in mind that the disparity between employee salaries can cause friction between staff. The need to increase pricing, or maintain a no-haggle policy in order to afford the salaries that used to be supported by individual salespeople, service advisor or departmental gross, can lead to customer dissatisfaction.

In theory, one price stores with salaried employees may sound good but, while some stores do great with it, historically, it hasn’t worked out well for many dealers. In the end, it is important to find a balance between compensating employees fairly, (in comparison to your competition) while maintaining pricing for sales and service that are competitive. Otherwise you risk losing more than you may have expected to gain from the transition – and that loss includes both employees and customers.