Are We Sacrificing Customer Experience for Efficiency? 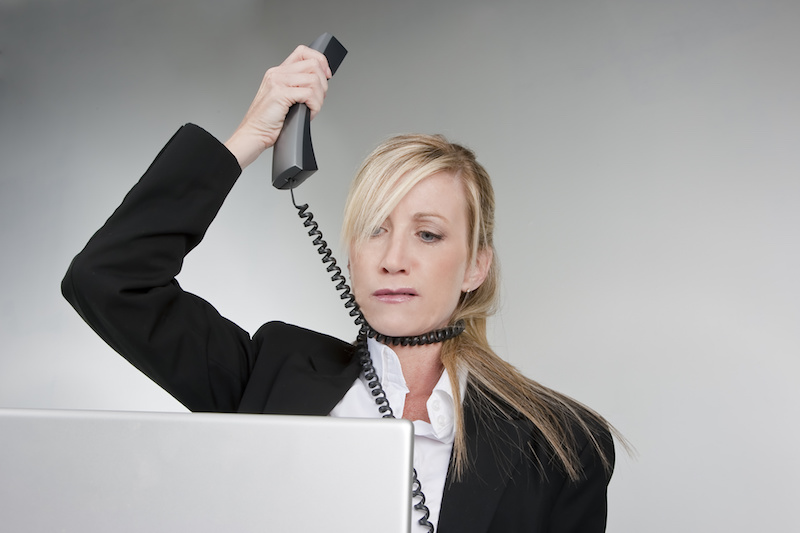 It’s inevitable. Businesses grow and, as they do, many look for ways to automate processes. Dealerships do it with auto-responders. Many companies have automated phone trees which circle you around pressing 1s, 2s and 3s, driving you mad as you can never reach a live person for help. Customer service inquiries are responded to by e-mails you cannot reply to. Is it just me or does it seem like sometimes technology actually hurts these businesses? Specifically, as far as customer experience is concerned.

I fully realize that in today’s digital world, in many cases it is much quicker to have no human interaction, and many consumers now prefer that experience– such as shopping online – which I LOVE! In these cases it improves the customer experience -- and I am all for that. I love buying on Amazon and Zappos, and escaping long car rental lines with cool aps that allow me to book online, jump in my car and drive off.

However, when it comes to having a problem with a company and needing help via customer service, I think most people prefer human interaction.

One of the most obvious functions of a public relations firm is to submit press releases. To do this, every PR firm utilizes one of many different companies that specialize in distributing them to appropriate audiences. In most cases, these releases are set to be distributed on certain times and dates as, in some instances, the timing of the release is very important. I’ve been using a service through PR Newswire, one of the largest press release distribution companies in existence. I scheduled a press release on a Thursday for delivery on the following Monday at 8:30am. Due to human error on their part, the release was published later the same day, instead of 4 days later as planned – a really bad time slot. This particular service does not have a customer service number you can call to get immediate help. That’s when technology failed and I went on to have one of the most horrible customer service experiences ever.

The only way to contact customer service is through a chat feature on their website. It took a good three minutes for an agent to come on and every time I asked a question, at least two minutes went by before I received a reply, as if they were handling multiple customers at once, while also going to and fro consulting with a manager before responding. The main problem was that they would simply not accept responsibility for the error and make it right. All I needed was for the release to be issued at the correct date and time.

At first, I was told that the only thing they could do was offer me a coupon for a future press release distribution. They stated that it was simple human error and that there was nothing that they could do for me. It took me 20 minutes of going back and forth via chat to explain that it was their error, that a coupon was of no use to me and that they simply needed to take down the press release and re-release it on the correct date and time. The customer service chat agent kept leaving me hanging, on whatever you call chat hold, to check with her manager -- who repeatedly refused to correct the error. This might sound frivolous, but any PR agency will understand that this error is quite a major one for a newswire service. Issuing a release at a wrong date and time is not a way to win friends and influence people.

Finally, they agreed to re-release it and I was promised that a customer service agent would call me. Rather than get a phone call, I received an e-mail apologizing. I went to reply to the e-mail, as there were some other issues I would have liked handled, but happened to notice at the bottom of the e-mail that it stated that the e-mail address from which I was sent this apology was from an unmonitored account and could not be replied to. It then directed me, of course, back to their chat support.

The funny thing is that customer service can actually be one of the best places to win the customer’s loyalty. Ever have a company handle a mistake so well that you then became more than happy with that company? Well, about the same time this PR Newswire mess happened, I placed a rush order via Amazon for a vitamin supplement I was running out of. The Amazon company that was fulfilling the order emailed me that they were out of the product so could not fulfill my order. I was a bit miffed as they emailed me after it was supposed to have already shipped. I emailed back that it was a bit frustrating that they took their time letting me know as I could have purchased elsewhere. As a result I got an immediate call back from a truly delightful company owner, no less, who explained an unusual problem they had with inventory control and that I was a valuable customer to them and that they were sorry for the error and would keep me informed about the status of my order. While I could have gone elsewhere and got the product immediately, the company’s great customer service and interaction made me stay with them. They impressed me. I in turn wanted to support their business. They did a great job of updating me via email and made sure I did get the product just as soon as they could.

In reflection, while PR Newswire’s technology may have been put in place for efficiency to minimize their employee expenses, it ended up costing them a customer. But more than that; the first thing I did was vent my frustration on Facebook. Something that is very common in this age of social media. My network of PR professionals may find that Facebook advice valuable when making a decision on whether to utilize their services – or not. There’s no telling if they will lose any business because of my posting.  But, they certainly lost mine.

I told everyone I know through Facebook and now….