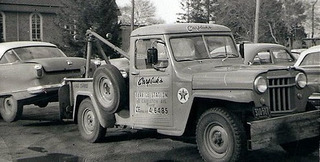 It’s like Déjà vu all over again. A rush of subprime car loans to buyers with a dubious ability to pay them back ending well is about as likely as Florida Gulf Coast University making it all the way to the NCAA Final Four. According to an Automotive News article last week (http://bit.ly/YE7UQ9), Federal money decisions are driving risky loan practices.

According to the article, “with low interest rates pinching yields on their traditional investments, insurance companies, hedge funds and other institutional investors hunger for riskier, higher-yielding securities - bonds backed by subprime auto loans, for instance.”

I was on the front lines of automotive retail during the early 2000’s as banks made outrageous loans to people who had no business taking them out. Truth in lending keeps us from putting part of a car on a credit card, and yet thousands of buyers (millions?) used their home equity to make down payments on way more vehicle than they had any business buying, and still commit to outrageous payments that depended on a peak economy to sustain. Anyone working Manheim auction lanes in 2009 got to see the end result, as thousands of repo vehicles crossed the lanes, many without any bid. We know how that ended, and yet, here we go again.

This DeLorean repossession video with the owners throwing a fit and kicking the repo guy is funny, but not when thousands of them put a major dent in our economy.

There will always be a place in the market for subprime loans and lenders, and the economy has created an environment in which more people need them than ever. But as important as these loans are for many car buyers, there are two reasons this is doomed to create an even bigger problem than before.

PEOPLE ARE MORE WILLING TO DEFAULT ON CAR LOANS

Now that the stigma of bankruptcies, foreclosures, and repossessions has gone the way of Kim Kardashian’s slim waistline, borrowers may be as quick to let their vehicle go as Taylor Swift is with a boyfriend. A recent CNN article reports that auto repossessions dropped nearly 30 percent from 2009 to 2012, but iffy loans and less conscientious borrowers will drive that right back up.

THE ECONOMY IS NOT FIXED

The only topic in the news with more disagreement about the status or existence of our so-called economic recovery is whether North Korea is serious about attacking the United States. But if you have shopped for bread, gas, or a car recently and seen the steady rise of prices, you probably get the impression we are still in a recession.

Hey, the good news is that banks are loaning more, so car dealers can sell more – in the short term, anyway. What do you think?

Tom has an MBA in Marketing and is an automotive writer and author with more than 15 years experience in virtually every aspect of the retail auto industry. He has been a performance leader in everything from sales and service, to web development and viral marketing.

SCARY - didn't I just see 96 month loans coming on line too? That ought to be awesome - when the car is still upside down 6 years in and needs a tranny...

In Q2 of 2012, new car sub-prime loans accounted for a quarter of of all loans, while 56 percent of used car loans went to sub-prime buyers.There’s even a new category called “deep subprime”, for auto loans issued to buyers with credit scores below 600. These loans account for nearly 11 percent of all car loans, despite the fact that a 600 credit score is considered abysmal.

Thanks guys - Couple this with extremely subvented lease residuals based on used car market values for a national used inventory with artificially high prices because there are FORTY PERCENT FEWER USED CARS now due to the recession 3 years ago, and it's like a stinkin' meteor headed right for the economy again.

Influencer Comment by Mathew Koenig on April 8, 2013 at 5:43am
You said it best in the very beginning; "it's like deja vu". Lenders are allowing people to over extend, and when that lender goes under...along with a ton of others...the question will be whether or not the government comes to bail them all out again. God willing, they will not.

I know many dealers who deal in sub prime lending that actually help buyers get into a vehicle they can afford, with the goal of actually helping repair their credit. In many cases, this means letting the shopper know that the minivan is the better choice than the BMW X5 that they want because the payment is 50% less. Funny thing is, the dealers who seem to 'care' more about the consumer, also tend to be the ones who are part owner or sole owners of their finance company as well.

By having a vested interest in the loan, dealers tend to careers about not over extending the shopper, PLUS, they seem to be selling more reliable vehicles and in some cases covering the repairs for the duration of the loan to ensure that the payment and insurance are the consumer's only concern.

To be fair, the potential repairs and maintenance are built into the price/interest rate but I think you get the point.

If we want to sub prime lend without setting the stage for more economic disaster we have to have to focus on selling the sub prime customer a vehicle that fits their needs (including financial needs) more than their wants and we need to sell vehicles that will survive the loan terms.

Sub prime lending, IMHO, is a great area of opportunity and if it is handled properly it could set the stage for major economic comebacks for consumers, which will in turn benefit dealers selling via conventional loans. We just have to stop burying our customers, our lenders and ourselves, in vehicles and loans that nobody can dig their way out of.

Comment by Steve Davern on April 8, 2013 at 5:09am
Great post Tom. I've been watching this trend in my territory and it is alarming. I bring it up but no one wants to talk about it. Scary.