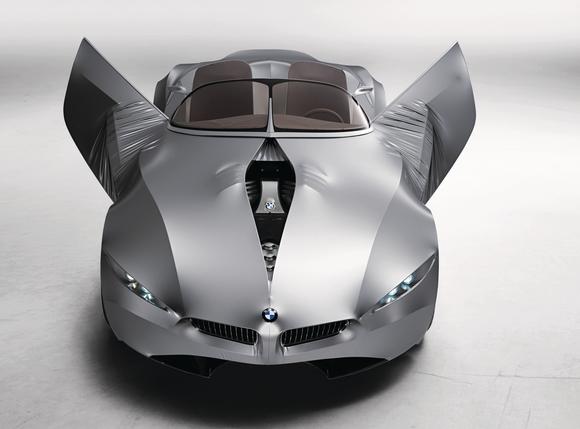 influenced and helped create some of the company’s biggest automotive hits such as the continuation of the 3 Series; 5 and 7 Series, Z3, Z4, X5, Z8, X3, the new 6 Series, X6 and the 1 Series.

In addition to these models, Christopher Bangle also had a hand in the design of the new MINI and a number of Rolls Royce models.

Admittedly, not every model that had Bangle’s imprimatur won favour with the world’s motoring writers or BMW buyers. But, as they say, you can’t please all of the people all of the time.

Anyway, I was fortunate to catch Bangle’s unique take on ‘personal mobility’ which was part of Design Victoria’s State of Design Festival held recently at the BMW Edge, Federation Square, Melbourne.

Now this is where I should be able to give you a complete summary of Bangle’s enlightening and lively lecture. Unfortunately, it’s not that easy because this man is so passionate and committed to the future of design that it was very hard to keep up with him.

So the best I can do is pass on some of his thoughts on automotive design:

“Where is the real design difference when all the automotive companies use the same suppliers?”

“The most complex component of a car is the environment.”

“The future of personal mobility is all about surfaces.”

And that’s my cue to introduce you to GINA. The BMW GINA Light Visionary Model concept car is clothed in fabric rather than sheet metal which lets the driver change the shape of the car’s exterior and interior at will. You want a bigger spoiler? Easy. How about lower side skirts? No problem.

It’s all controlled by electro-magnetic devices and metal wires under the car’s skin which can be moved to achieve the shape you want. The headlights and engine are revealed when the fabric moves apart.

In a video on BMW-web.tv Bangles says: “The GINA is about flexibility. Thinking flexible. Acting flexible.”

While this prototype may never see the light of day except in BMW’s museum or on YouTube where it’s had over six million views, GINA may well be the future of personal mobility. See the BMW GINA Light Visionary Model Premiere with Chris Bangle at: