Who Owns Your Cars? Automakers Say They Do 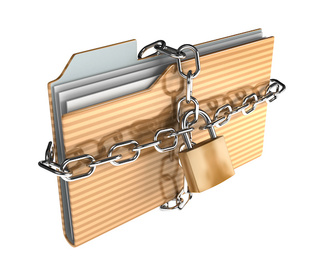 The Digital Millennium Copyright Act is a law enacted in 1998, enforced and administrated by the U.S. Copyright Office. Every three years, the U.S. Copyright Office is tasked with holding hearings to determine what new technology should, or should not, be exempt from copyright laws. According to Autoblog, this year has seen automakers “supporting provisions in copyright law that could prohibit home mechanics and car enthusiasts from repairing and modifying their own vehicles.”

Automakers argue that vehicles are getting so technologically advanced that allowing amateurs and do-it-yourselfers to modify the sophisticated software within modern vehicles would “lead to an imbalance by which the negative consequences far outweigh any suggested benefits”. According to the article, the Alliance of Global Automakers feels that this would “lead to disastrous consequences”. Automakers claim that by allowing consumers access to the Engine Control Units (ECUS) and software coding, consumers can void the vehicle’s warranty, “easily manipulate odometers, and make cars appear to have fewer miles on them than they actually do, which represents a problem for unsuspecting used-car buyers”.  In addition, untrained do-it-yourselfers could present liability issues for automakers as well as alter a vehicle’s emissions standards and other safety features that are present in the software coding.

Consumer rights advocate group, the Electronic Frontier Foundation, (EFF) has petitioned the office to protect consumer rights to maintain their own vehicles as they see fit. They claim that by failing to provide exemptions to copyright laws for access to software and vehicle components to consumers, automakers could literally dictate who could service vehicles, and thereby drive consumers to franchised dealers or preferred independents. In addition, the EFF claims that the industry’s desire to block exemptions has more to do with profits than safety. They feel that automakers could then sell these performance upgrades on an a la carte basis.

This might sound wonderful for increased service department revenue. However, if automakers win, not only could they then dictate what could be done by consumers, but also by dealerships, independents and any other vehicle service facilities… and that includes whether your dealership can work on them or not. When a dealership sells an off-brand pre-owned vehicle, it still has the opportunity to service that vehicle and retain that customer. If automakers can claim copyright protection for their ECUs and software, that manufacturer could easily prevent anyone but their own dealers from servicing that vehicle. Whether that happens, or whether automakers work together should they be granted these copyright protections, is something that will have to be visited in the future. For now, however, the U.S. Copyright Office may hold the future of the automotive service industry in their hands. A decision is expected mid-year.