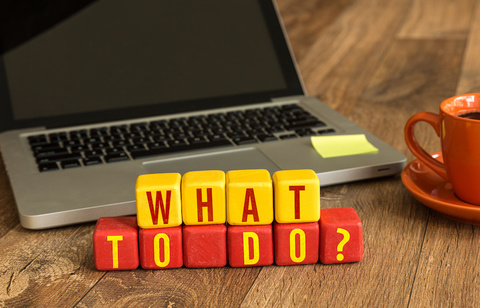 In this era of dealership expansions and acquisitions, groups are often put in the unenviable position of inheriting promises or perks that were offered prior to the dealership acquisition. One would think that it is simply a matter of grandfathering the customer into a perk offered by the previous owners. However, one automotive group chose to take a different approach, as recently covered in an article in Automotive News.

Unique Value Propositions – or differentiators – are increasingly important in the automotive industry. Regardless of whether a dealership offers free oil changes, free “tires for life” or any other perk, each dealership will do what it thinks best to attract, sell, service and retain the maximum number of people. But what happens when a dealership has perks it’s promised to buyers and then is acquired? In this case, the acquiring dealer group decided NOT to honor those perks – which, in and of itself, may seem like a risky move – but was it the right one?

In any acquisition, one of the attributes considered is any existing promises made and how the community views the dealership as far as its honesty, integrity and reputation. Obviously, the better the reputation, the more attractive the dealership is for the acquiring dealer group. That being said, when a dealer group is expanding – and doing so under an umbrella brand name, versus simply taking over and retaining the original dealership name – the challenge is how to retain the acquiring dealer group’s existing value propositions and embrace its newly acquired customer base.

In some cases, those two things can be at odds, as it was with this automotive group, a well-known and highly respected group with its own unique set of values. According to the article, if they were to adopt the values of the previous owners for each dealership acquired, they would “be all over the map” and that would be very hard to keep track of and also incredibly confusing for customers. Imagine 10 dealerships all under the same brand name. One of them offers free oil changes for life. Another offers nothing. Another offers free tires. This list could go on. Not only would it be hard for executives to keep track of, it would also make consumers question which dealership they should do business with. It really doesn’t matter if the group’s dealerships are in the same PMA or not. It only boils down to this – when you go to one Wal-Mart, you expect every other Wal-Mart to have the same “rules”, if you will.

In this case, the existing customers of the dealership being acquired didn’t take the changes very well. The local media covered the issue and the customers also took to social media to vent. Did that change the new owner’s minds? No… and for a very simple reason. An organization with multiple value propositions that differ from location to location is doomed to fail. Customers will come in expecting one thing, simply because it is offered at another location, and will then be disappointed when they don’t receive it.

This group, however, understood the value of consistency in brand message and, despite the fact that they knew there would be upset customers because of this change in ownership and loss of perks, it chose to stay with the values and propositions the group was founded upon.

But what about those upset customers who lost the perks promised when they purchased their vehicles?

Their organizational values were non-negotiable so the dealer group trained its entire staff in how to handle these complaints and ensured that online reviews and social media complaints were quickly responded to and addressed appropriately.

As a result the group has begun renewing relationships with each individual customer and things are calming down.

They certainly didn’t buy the dealership because they wanted to alienate the customer base they acquired. But they also weren’t willing to deviate from their organizational values and selling propositions.

This is an interesting conundrum. Consistency and core values are key to any company. But, on the other side of the coin, customer acquisition costs are sky rocketing and the market is so competitive that an upset customer can easily defect to the competition. Did this group make the right move?