What Does Cheating Teach Your Employees? 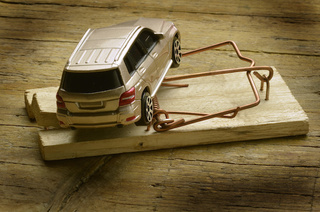 Automotive News recently carried a story about a lawsuit filed by Subaru of America against one of their franchisees. The lawsuit accuses a Southern California dealership of falsifying 224 CSI surveys in an effort to increase their CSI scores. This was after being issued a warning by the OEM in 2012 for past poor CSI performance. According to the article, when surveys arrived via email from the manufacturer, the dealership would then allegedly have employees fill them out at a neighboring dealership (that was also part of the same group). Apparently, as many as 12 employees were tasked with completing and submitting these surveys, which to me illustrates a massive failure in leadership – should it be proven true.

A dealership’s employees are its lifeblood. What lesson does this type of behavior teach these employees?  -- That it’s OK to kink the system, cheat the manufacturer and falsify reports for monetary gain. How do you hold these employees accountable for being honest to your business when you’re teaching them that it’s OK to be dishonest?

For any dealership to grow, it needs to be open to feedback – both positive and negative. The best dealerships use this type of feedback to identify and fix any friction that exists in the customer’s experience. Doing this then brings more revenue through greater retention and loyalty. Happier customers generally means more dollars coming in. Turning a blind eye to the reality of what is actually going on at the dealership and falsifying CSI surveys may provide the short-term benefit of OEM bonuses or stair step money. However, it will also taint your employees and drive away customers. And that will lose more revenue than any lost money from the manufacturer.