For 2014, the Mazda3 5-Door Hatch and Sedan have been redesigned with stylish cues of the new Mazda lineup featuring a sleek and longer nose than the previous Mazda3s and more techie improvements to the interior and exterior.

The 2014 Mazda3 is equipped with popular SkyActiv Technology mated to a 2.0L or 2.5L SkyActiv Gas Engine. The SkyActiv Powertrain acknowledges the driver's input to allow for smooth and linear acceleration. 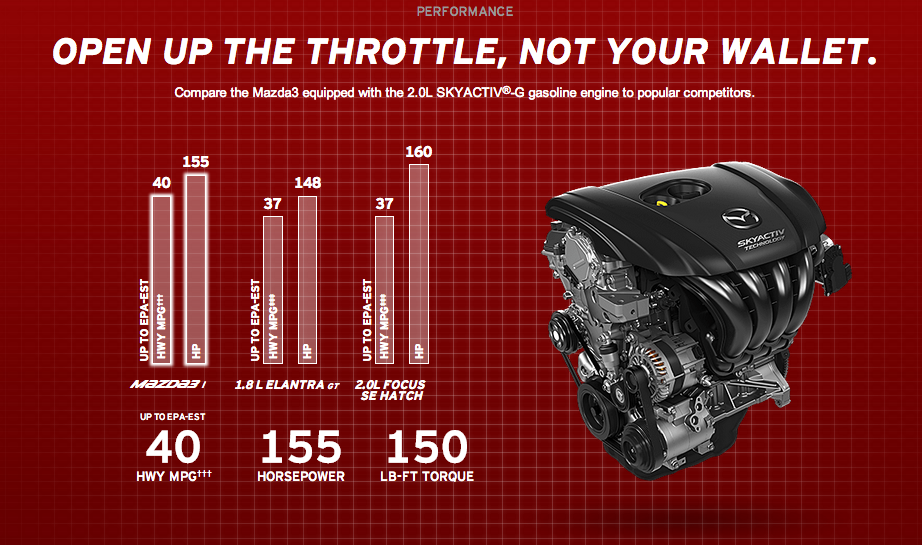 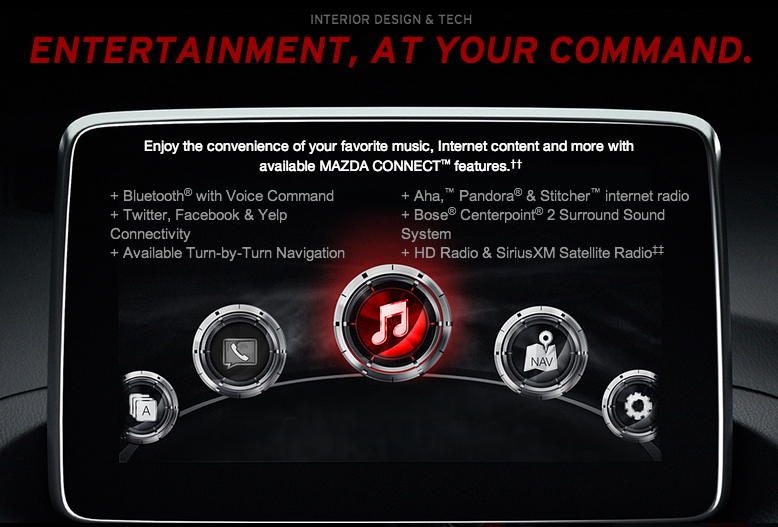 The 2014 Mazda3 has been named for 2014 a Car & Driver 10 Best Cars and there's no reason why it should be. The 2014 Mazda3 is loaded with a handful of Mazda's innovative safety and techie features that make you feel like you are driving a $60k BMW with the same/similar technology.