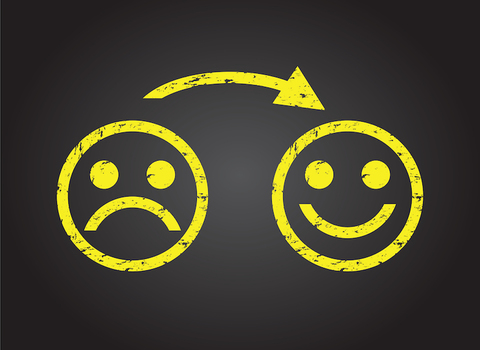 An interesting study has been going on for the last 6 month over at Twitter. As it was increasingly seeing users use the platform for brand interactions, the company decided to see just how much of an impact those interactions had. Users were identified that had at some point interacted with a brand’s Twitter account for customer service and 14,000 were surveyed. The results were actually quite amazing.

That’s huge. And don’t think it doesn’t apply to the automotive industry. In fact, according to the report, 82 percent of the people interacting with a brand in the automotive space felt more positively towards the brand after receiving a customer service response.

There’s no doubt that consumers are increasingly taking to social media channels for customer service issues. It’s much faster to send a tweet out to a company when a problem or issue needs resolving. It’s certainly more pleasant than calling, waiting on hold, being shuffled around to multiple people and then having to explain the issue several times to get resolution. Have you ever had a flight delayed, or some other issue with an airline while at an airport? An airline’s customer service call centers (and even the physical desk) can become inundated and overwhelmed when problems occur. Savvy travelers realize that most of these airlines pay close attention and respond to these issues faster via social media. The reasoning behind a company choosing to remedy customer issues on social media faster than in person, or via other forms of communication is probably very simple: When a customer seeks help or voices a complaint online, the world is watching. Whereas when it’s on the phone or in person, the audience is limited.

If you have an active social media presence and regularly publish content, be aware that consumers take note of that. And, if they interact with you via social media, they expect a response. While Twitter reported that customer service response times by brands was extremely varied -- ranging from 4 seconds to 221 hours, the average response time was 1 hour and 24 minutes. That, however, is 24 minutes longer than consumers expect. Twitter reported that 60 percent of consumers expected brands to respond within an hour.

This report illustrates that, while most companies focus on finding and publishing great content, those that also engage their audience when problems arise reap huge benefits and score big with customers.  Just as online reviews should be closely monitored, and any posting quickly responded to, be aware that other social media platforms such as Facebook and Twitter have themselves become review sites and customer service centers. Pay attention, be responsive and friendly and personalize those responses. This will lead to more positive brand image and, ultimately, will result in a happier customers more likely to stick around and, more importantly, willing to send their friends your way.

Know the needs of your audience is the best way to succeed. No matter what you are trying to sell or promote, a satisfaction of your clients is an integral part. You will never receive 100 percentage satisfaction, but at least, you need to try. Totally agree with the author.

Excellent post Paul. Customers absolutely expect a response when they write to a review site but also to a business's social media page. Scouring the web for any mentions of your brand outside of the top review sites is an important step in managing your reputation online. A fact you mentioned which is extremely important is Twitter reporting that 60% of consumers expect brands to respond within an hour. Having the capacity to respond in as close to real time as possible to posts online about your company is crucial. Thanks again for sharing.