This is from a blog post I did earlier on http://conversionsforsale.blogspot.com

For years I've been saying that the biggest problem with the New Lifted Truck market is the awareness problem.  Consumers are not aware that these products exist in the marketplace.  Now, I am going to show you the facts that support my position.

With Google being the number one search engine.  I am going to let them tell me what the numbers are.  Most people don't realize that Google will tell you exactly what the volume of searches are done per month over the course of a year for any word or phrase.  If consumers aren't searching Google for your company by name or product, they don't know you or your product exists!  I will add, it doesn't matter how long you've been in business!

So lets see the numbers...

As you can see by the results, consumers do not differentiate between lifted trucks being new or used.

Now for the brand name New Lifted Truck Upfitters monthly searches, and I will not do all of them.  The one's below give you a good idea of what's going on, or not going on! 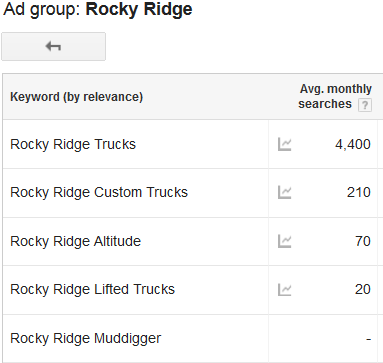 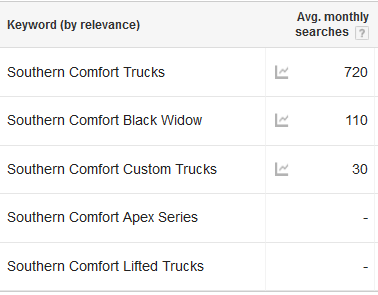 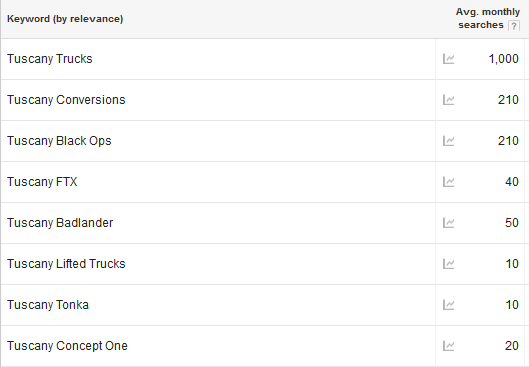 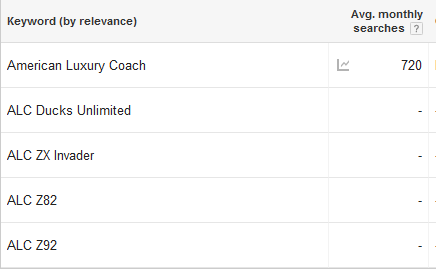 So there's the numbers according to Google.  The good news is that, there's only up to go, and there's massive revenue growth potential in the infant New Lifted Truck market.  Conversions For Sale has assumed the almost insurmountable role, and task of being the nucleus that drives consumer awareness, and thus the revenue growth.