The Importance of Cohesion for Multi-Store Marketing: Consistency is Key! 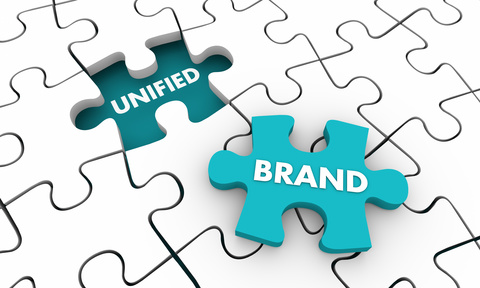 In the old days of traditional advertising, best practices advised that a consumer needed to hear or see the message three times before they remembered it. The same concept applies to all dealership marketing -- including on-the-lot.

When it comes to your lot, focus on the identity and branding of your specific dealership and/or group by defining and demonstrating who and what you are. Some dealers simply assume that, because they have a big manufacturer logo on their sign out front, that is enough… but it’s not.

Any manufacturer branding at your dealership can be valuable because that manufacturer brand certainly helps instill confidence and trust. But, largely, that applies to the manufacturer and those products – not necessarily to the individual dealership. After all, in most areas of the country, a dealers’ biggest competition is often the other stores selling the same brand. Point being, your own identity and your own branding is as important, if not more so, than manufacturer identity and branding. Today, on the lot strategic visual merchandising is a vital part of any dealership’s marketing arsenal.  But it must be consistent.

And, taking it to the next level. How important is visual merchandising on a multi-store or group level?

Let’s take a look at the history of one of the largest dealership groups out there: AutoNation. Starting in 1997, AutoNation began acquiring car dealerships.  Today AutoNation is, arguably, the most recognized dealer groups in the Country.

Back in the beginning, while they owned a lot of stores, AutoNation did not have cohesive branding throughout the group. Instead, it retained the original look and feel of each acquired dealership. Eventually, it realized the need to synchronize branding in order to establish itself in the eyes of consumers as a larger, cohesive company.

Similar to Wal-Mart, Target and other large retail chains, AutoNation wanted their customers to immediately recognize and know that they were buying a car from an AutoNation store… not Bill Smith Ford (that happened to be owned by them.)

In 2013, the group launched the AutoNation® retail brand from coast to coast with consistent branding – everywhere! They are now top-of-mind with consumers throughout the nation and the No. 1 dealership group has leveraged that brand strength to bring more segments of the business under the AutoNation name, including branded parts, finance and insurance products, a digital storefront and a chain of used-vehicle stores.

This story illustrates the importance of having a consistent image at both a single point dealership and group level.

Does this mean you should do crazy stuff on your lot to attract attention such as blowup gorillas, wavy tube men and balloons? Absolutely not! This does nothing but diminish branding and messes with your overall image.

Poorly displayed inventory with fluorescent stickers and huge ugly “SALE!!!” signs can easily create distrust, discomfort and angst in the car shoppers’ eyes. They get the perception of a lack of professionalism. Stereotypes exist for a reason. You may be surprised to discover how many people are failing to come in because of these tactics. The lot is an incredibly valuable part of any dealers marketing real estate. Use it well.

And remember that age old piece of marketing advice about the consumer needing to see a message three times in order to best remember it? Well, repetition reinforces both the message and the customer’s recall of it. When they see that message multiple times it builds familiarity, which builds trust. When advertising a special promotion or event, it cannot just be in traditional or online channel; but should also be highly visible everywhere at the dealership. The customer needs to see this message when they arrive on the lot. That online banner for a special promotion may be part of the reason they arrived at the dealership. So, make sure those same messages are reinforced when they get there.

Create a uniform, consistent “whole” identity throughout each dealership, the group and all your marketing. Any branding message must be consistent both digitally online and offline, in the brick and mortar world.

Symmetry is necessary to build and create image. Think of Home Depot. Even the ladders and signs are the color of their branding (orange).

In the automotive industry, it is easy to fall into decorating and merchandising with generic promotional products. This just creates confusion amongst customers. They must quickly recognize your dealership/group regardless of where and how they are viewing it; at your store, online, in the newspaper, you name it. Most of us know we are at Best Buy due to that all familiar yellow tag – the same goes for online, in their store, in their TV ads and any print ads as well.

To become top-of-mind with consumers, and to stay there, consistency is key.