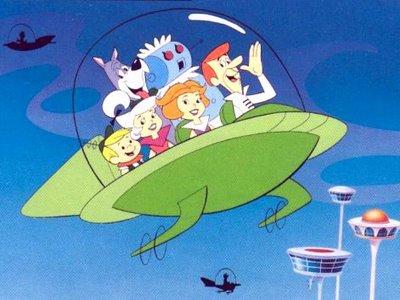 In July, I wrote an article that was published in Dealer magazine titled “Beam Me Up! How Service May Look In The Future.”

In that article, I discussed how the trend of increasing transparency for consumers would inevitably extend to automotive service. Well, my friends, that day has come.

A new app was just launched named Openbay. While this app was built by a Cambridge start-up, more importantly, Google Ventures funded it. This app allows consumers to request a service quote from nearby service providers who then provide estimates (i.e.: bid) on the work.

It’s a completely opt-in service for repair shops so consumers will only see shops that have decided to participate in the program. These listings also include user reviews, so a consumer will not only be making their decision based on price, but also on reputation. The service is free for consumers to use but charges 10 percent of the RO when the app gets a customer to the repair shop. In addition, once the customer chooses where to patronize, they can make the appointment and pay for the service right through the app. The app has been in pilot for the past few months “with about 600 car owners and more than 400 service providers,” according to the article.

Nobody knows whether this app will bomb or become the next OpenTable - which is what it’s being compared to. It’d be interesting to know how large an area this pilot was run in. At this point 400 service providers have decided a new customer is worth 10 percent of the repair order. “It’s a little high but I’m getting a brand-new customer,” said Barry Steinberg, president of Direct Tire and AutoService. Giving up 10 percent of an oil change in exchange for a new customer is one thing, but imagine the cost if you quoted a $3,000 repair.

Google Ventures chose to fund this. It’s only logical to assume that they saw value in offering a service that’s never before been offered. It’s also not a far reach to believe that, should this prove successful, the natural evolution of the service is some type of integration or availability with Google itself. We all know that Google has been aggressively courting and testing an entry into the automotive industry through direct listings pulled straight from dealers’ inventory. Now, it appears as if they are testing the waters in automotive service, albeit indirectly through funding this app.

It’d be interesting to know if any of the 400 service providers that participated in the pilot were franchise dealers. If this app takes off, dealers will have to choose whether to participate and give up 10 percent of their RO revenue or not. Dealer participation means that they acquire a new customer while preventing an independent from gaining one. This is something worth watching. It could be a boon to independents should dealers choose not to participate. If its user base grows large enough, and especially if Google integrates it in some way into the search engine itself, dealers might find themselves forced to defend their bread and butter revenue of fixed ops by actually giving some of it away.

Alexander, I agree with everything you said in your earlier comment.  Service is a great place to earn dealership customer loyalty that often translates into sales and a lifetime of loyalty.  Much of that depends on your people and processes along with competitive pricing.

That's what I meant by investors Richard. If Google Ventures is helping you, you're sitting in good hands. However, digital marketing assistance, that seems like a conflict of interest, which could potentially border on illegality.

Good point. Openbay seems like a great idea and obviously there were people in the industry that thought of the process, but didn't execute on it. It's absolutely dependent on their marketing dollars and effectiveness as a start-up. The right investors and the right management, but that goes without saying. I can think of a way, right off of the top of my head, where a 3rd party site could resell Openbay's services to dealerships. I know we'll try, but a very powerful local listing platform I have at my fingertips might drive this for them. I've already reached out to them. Thanks!

Influencer Comment by Richard Holland on November 8, 2013 at 1:35pm

It would seem logical to me, Michael, that if Google is funding it, they might have an interest in assisting the app in gaining exposure and users. Just something to think about.

Great responses by Alexander and Ralph. And yes, Ralph, Dealers still ignore the fact that the service department gross profit significant dollars and retains so many more as a % of Gross Profit. My developing Dealer experience had the fortune of working in Parts and Service Departments before Sales. Still do not understand today why so many GMs and Dealers do not want to educate themselves on what could be their biggest Gold mine in the Dealerships. We all know that most great 3rd party providers exclusively cater to only variable operations with their products and services. Alex, how will consumers seeking service repair easily discover Openbay???

@ a Google meeting in Seattle hosted by Cobalt.

Here is what I got out of it.

How does digital influence maintenance decisions?

1. Drivers are yours to win - no brand loyalty  "they're all basically the same convenience important BUT Quality is most important 1 in 3 non-committed especially routine maintenance. Only 20% go only to Dealer for Service.

"Oil Change is the 1st Date". 3 of 4 would return if experience was good.

#1 resource for shopping for service.

Online video - "how to" very important. Over a year worth of content on YouTube 60% are do it themselves but still 40% will have it done by someone else. They just want to see what it entails. Establish Trust.

Compare & confirm - cross check prices. Will shop go to shop for estimate if they don't like will start the process again.

62% will research technician's recommendation before proceeding.

Tires - Google relevance based on inventory. How to compete? Target the message of what we have to offer as opposed to Tire Rack. Not all about the lowest price

Personally, I have come to believe that Fixed Op's is where dealers are going to either gain or lose their biggest amount of high-gross margin revenue based on what they do with their online and social media marketing efforts for service, parts and accessories... The fact that Google has invested in this space would seem to be validation of that assessment.

Thank you Richard for a great reminder that dealers have to be more involved ONLINE with fixed ops.  Many dealers are all over the Internet selling cars and doing very little to advance and enhance their service and parts departments.  This is a wake-up call.  I am NOT in fixed ops.  I am an Internet Sales & Marketing Manager and in my mind, I want and need to be more involved with fixed ops at the same level that I am with sales.  It takes buy-in from the top as well as from the fixed ops departments.  Communication and strategy are key.  "One dealership" is the way it should be, not just multiple departments.