The FTC May Have Just Killed Twitter Marketing For Dealers 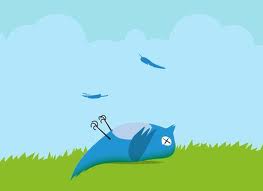 Yeah, in the most absurd move ever, the FTC has determined that Twitter is not excluded from regulatory laws requiring full disclosure on products or services. TheWall Street Journal reports that any disclosures that would apply to any other advertising also apply to Twitter.

Hmm. Let’s think about that a moment. On a platform that allows only 140 character submissions, how, exactly, do you tell your followers about a great lease special, factory incentive or other promotion AND include the tiny, almost unreadable, 2 paragraph disclosure in 6 point font at the bottom of the ad? Well, you don’t.

So, what does that prohibit by default? Pretty much anything you want to promote that requires a disclosure and, for most car dealers, that’s just about everything. Heck, most factory incentives have disclosures. Contests, giveaways, or any other promotion (social media or otherwise) as well as coupons, service specials, and other customer offerings would also be excluded.

The easiest way to determine whether you can or can’t tweet something about any special, ad car, incentive, lease special, promotion, coupon, service special, parts special etc. is by following one basic rule:

If it needs a disclosure, you can’t tweet about it.

See, that was simple wasn’t it?

Now, all of the above being said, Facebook’s Terms of Service in regards to contests, promotions and such are violated, trampled over and ignored all of the time by both vendors (who know better) and by dealers (who may or may not).

That being said, Facebook can’t investigate your dealership and fine you for non-compliance with advertising regulations either.

So, has the FTC effectively killed Twitter marketing for businesses?

It depends on what you’re tweeting about.

If your tweets are informative, quality content or customer service and engagement focused then no. If your strategy is to blast your inventory and specials to Twitter on some sort of robotic RSS feed that forces everyone to not listen to you anyways, then yes.

You make the call. It’s your business but the U.S. Government has spoken.

My word of advice....Don't mess with the FTC.