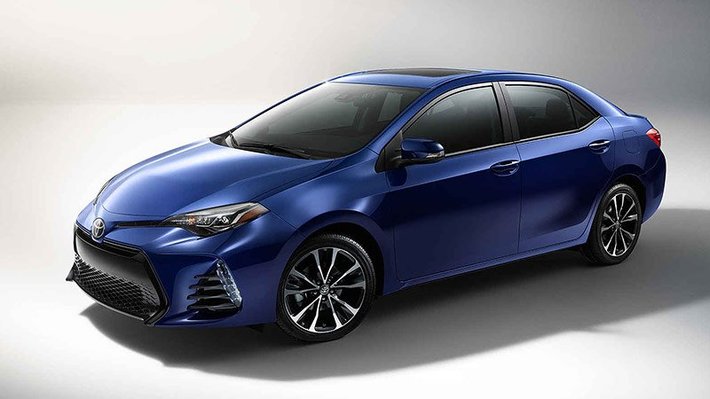 The 2017 Toyota iM is basically the same car as the 2017 Scion iM. It has Standard automatic high-beam control, lane departure warning, and forward collision warning and mitigation.

The 2017 Toyota Corolla iM comes in a single well-equipped model. On top of a lengthy standard features list that includes alloy wheels, automatic headlights, a rear view camera and a central touchscreen, there are several accessories and dealer-installed options worth considering. These include a larger rear spoiler, Toyota Racing Development upgrades and a fob that can help you find misplaced keys.

Fans of Toyota's Scion brand will remember that this car debuted as the Scion iM. But Toyota shuttered the Scion brand and cherry-picked the iM (along with the iA and FR-S) to move over to the core brand. The iM is powered by a 1.8-liter four-cylinder engine (137 horsepower, 126 pound-feet) that drives the front wheels through a six-speed manual transmission or continuously variable automatic transmission (CVT). It's available in a single trim level, so your only choice will be the transmission type and what color you want.

The Toyota Corolla iM is noticeably sharper to drive than the Corolla sedan, and although pleasant to drive, it's not as engaging as top competitors. The 137-horsepower iM is under powered, and it perpetually shows, letting down the entire car. The CVT automatic behaves nicely, however.

Controls are well-placed and simple, including those for the standard touchscreen interface. Its menus make sense, its buttons are of a reasonable size, and reactions are very quick. Auto climate controls are a nice touch in this segment.

The Corolla iM's doors are large and light, making them easy to open. Even with a smallish backseat, getting into the back isn't difficult. The rear roof line isn't aggressively raked, reducing the chances of conking your head.

Acceleration is ultra-smooth and quiet with the gas pedal partially pressed down, but at full throttle the 1.8-liter four-cylinder is noisy and totally gutless. A 0-60 mph time of 10 seconds is 1.5 seconds slower than class average and basically tied for class-worst.