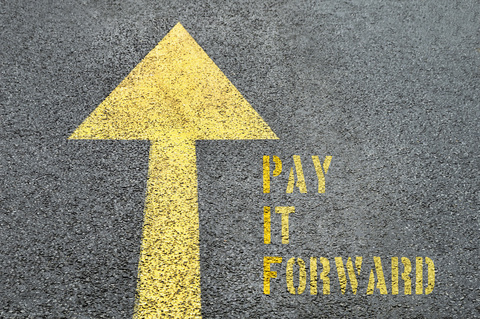 Auto dealers are well known for their huge support to local communities. Especially around the holiday season when they do many good deeds including toy drives, donations to food banks and a variety of other activities that have special meaning to those particular dealers. It’s noble not to “brag” about the great things we do as businesses. In fact, many repeat good-deed offenders prefer to stay anonymous. And that’s OK.

Sometimes, however, the smallest of deeds are the ones that touch the most lives.

Take for example, the story of a boy that has been going viral this holiday season. There’s nothing spectacular about him that has been reported. He doesn’t have a life-threatening illness that we know of. He’s simply a boy being a boy… who happened to like playing video games. He liked playing them so much that he visited his local Best Buy every day to play his favorite video game in one of their demonstration kiosks.

If you worked at the Best Buy, it would be hard not to notice the same boy visiting every day, playing video games at your store’s demo kiosk for the Nintendo Wii U system. But, in most cases, that would be the end of the story.

Well, this holiday season, the employees decided to act. These are just normal people working at a retail store. This wasn’t a corporate level marketing play. This was simply a group of employees, at a local Best Buy, who decided that this boy deserved their attention.

What they did was special. In fact, it was so special that the video (one version of it) has been viewed over 7.5 million times on Facebook and over 2 million times on YouTube (again, only one posting of the video). What did those employees do? They all pitched in and bought the boy a Wii U console and a copy of the game he came in to play every day (Super Smash Bros.) as a surprise Christmas gift.

Nobody has mastered the recipe for a “viral video” as of yet… and chances are nobody ever will. This was an act of goodwill by employees at a local business in order to make a boy’s holiday that much better. It turns out that the boy really wanted this game but his family could not afford it. I bet this boy remembers this act of kindness for his lifetime, becomes a loyal customer and passes that along to any children he may have, simply because these employees cared and gave him a luxury that he couldn’t afford.

You don’t have to be a mega-corporation. You don’t have to have a huge in-house marketing department devising acts of goodwill. I’m sure you see this frequently this time of year: That flat tire that can’t be repaired but the owner can’t afford to replace or any numerous acts of kindness that dealerships make.

This act of kindness cost Best Buy nothing, and cost the employees around $400. Eight million views later (and counting), that $400 act of goodwill has paid off for this individual store and for the brand.

It’s not how much you do, but whether you do it at all that counts. Happy Holidays!