But in the cut-throat social sharing world, where Facebook literally is the 800 pound gorilla in the room, it makes sense for Twitter to do all it can to increase its value to marketers as well as the average user, even if that means resorting to monkey see, monkey do. First up, Twitter has introduced the ability to share up to four pictures in a single tweet. And you can also now tag up to 10 handles for each photo, with zero impact on the 140 character count of your tweet.

The photo addition process while composing a tweet is straightforward and you can select and modify the order of appearance. You also have the choice of applying one of eight different color filters to each individual photo. 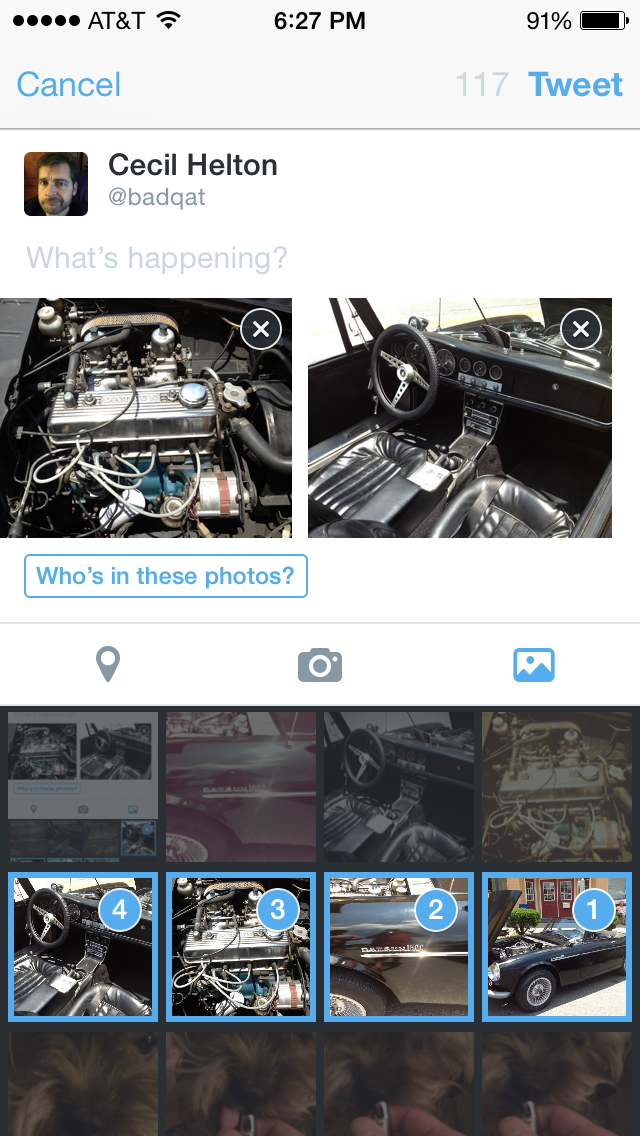 Tagging works across the board, mobile or desktop client. But as of now, the four-photo tweets can only be composed using the official Twitter client for Apple's iPhone. Those who prefer Android and using Twitter via a browser will see it appear in short order.

Will you be making use of either of these new features?

This tool is a lovely little demon, that will help you convert customers easier @ http://www.tweetattackspro.com.