Memories of Technology in the Automotive Industry mid ‘70's About to really date myself with this blog but considering it was before most folks in the industry were around I hope you will find it interesting.

Let me take you back to the automotive industry in the mid 1970’s. It was the dawning of the use of technology in the dealership. Dealerships at that time were primarily single point domestic stores in downtown locations. There were many Chevrolet and Ford stores in smaller towns. Major brands were Chevrolet, Buick, Pontiac, Cadillac, Ford, Lincoln Mercury, Chrysler, and Dodge.  Imports had not quite hit the landscape yet. Dealerships were actually run by the “dealers/owners.” Not many General Managers around in those days. Most accounting books were kept by hand on “ledgers” that included hand produced journals, schedules, and general ledgers. Parts inventory was kept up with on pad post systems -- basically cardboard ledgers that the Parts Manager kept manually ticking off a part if it sold, and adding it when it came in from the depot. Parts were ordered by phone. Car Deals, Repair “invoices,” Parts “invoices,” all were done by hand. The “Internet” was far in the future. As was the concept of in house computers, CRMs, Vehicle Inventory Control systems, payroll done electronically at the dealership, and many other capabilities taken for granted today.

The ability for inaccuracy and corruption in the accounting books and elsewhere was rampant. (I will also state that there were many honest folks as well). So, around this time, the manufacturers came up with a big change. They required dealers to sign up with one of a handful of vendors to have their books produced; and thus financial statements; which were then sent to the manufacturer as part of their franchise agreements. The very first devices that enabled dealerships to post accounting and parts transactions were ASR 33 teletypes. Also known as paper tape machines. These would punch holes in a large reel of paper tape (that eventually updated to a substance called Mylar). Once done, they were transmitted over the phone to vendor data centers. Some handled both Accounting and Parts, such as CARS Inc., in Birmingham (where I was recruited out of college); Reynolds and Reynolds, which up to this point had been the largest provider of forms for dealerships; Ford Dealer Computer Services; and a few others. Quite a few other companies, like BASE out of Atlanta, focused strictly on Parts Inventory. The posting source journals and inventory reports were produced at these data centers and mailed to the dealerships weekly. The General Ledgers and Financial Statements were mailed monthly, and the dealers could then send their Financial Statements to the manufacturer (eventually to be sent straight from the vendors). 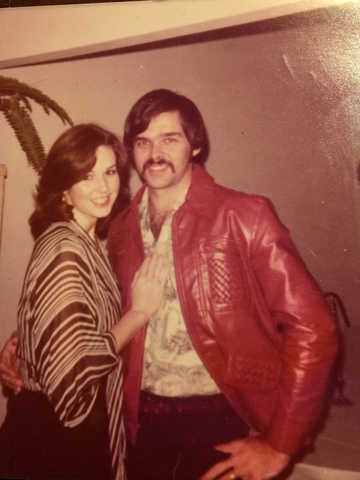 This was a time of great anguish within dealerships, as the way books were kept, and parts inventory departments run, had been the same for decades. Many of the Office and Parts Managers did not survive the transition, for various reasons. Some just could not adjust, as they did not understand how a mailed system would be better than their “real time” manual posting system (that was actually very often weeks behind and highly inaccurate). Many were found to have been setting money aside for themselves, with mysteriously named General Ledger offset accounts, and wildly inaccurate parts inventory totals. Many dealers were heartbroken that trusted employees who had been with them for many years had been doing this to them. They were like family. Many were dismissed, but very few prosecuted.

However, there was a younger, more progressive group that embraced these new technologies (sound familiar?) Many of them are dealers themselves today, running large multi-point operations.

But, this is where quite a few got their beginnings. It was the Wild West of dealership data processing at the onset of this “new” technology. Very fond memories of my early days in the industry.

Would love to hear from others that were around those days.

Oh, those were the days. Great trip down memory lane. I remember on the marketing side. one of the most effective ways to generate sales phone calls was to take a brown grocery bag, rip it to pieces and leave handwritten notes under the windshield of car I had someone interested in buying their vehicle.  Index cards held the prospecting details.

Influencer Comment by Christine Floreno on January 4, 2016 at 8:07am

Thanks for sharing this story. The automotive industry is indeed very different right now especially with the emerging digital marketing platforms, like TapCars, dedicated to the auto industry and dealers.