I've never been a Boy Scout but I think like one.... 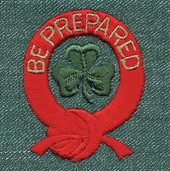 By Autumn 2003, I had (a meager) seven years of Internet Automotive success under my belt.  I was managing a nine-franchise Internet Sales Department that encompassed five rooftops in Portland OR and Vancouver WA.  New Car sales were really starting to get brutal.  Every other conversation contained the words “Dave Smith” and “Kellogg, Idaho”.  We pursued, and received, very few pre-owned vehicle inquiries and credit inquiries were only pursued if they were for A or B tier customers.

And then I got the phone call that would change the direction of my career.

The phone caller had submitted an inquiry on a new car.  But he was pretty sure that he wouldn’t qualify for financing, so he was calling to see if there was any way for him to purchase a vehicle.

His story reminds me of the deals we started seeing in 2008 - really great customers, with really big problems.  He was going through a divorce, his house was in foreclosure and he was three months late on the mortgage, credit cards were maxed, other debt racking up, it was a pretty pitiful story.  His car had just been repossessed and he just needed something to pick up his kids and get to work in.  Suffice it to say, his future as a car buyer looked pretty bleak…

Until he gave me the golden nugget that got him into a beautiful silver Ford Taurus mere hours later - he had worked for the same company for sixteen years.  It wasn’t a lot, but it was something.  His story was good.  He had longevity and income.  Even so, there was no way that any of the stores I worked with would work this deal (in fact, one GM laughed heartily), but I knew someone who would.

Jeff Carrier was the Managing Partner of Metro Auto Wholesale at that time.  I had met him earlier that year in Las Vegas at the AutoDealerDaily.com Internet Marketing Conference where he claimed the
Pre-Owned Retailer of the Year award for the second year in a row.  In an article written by Greg Goebel: “Particularly noteworthy is that the managing partner, Jeff Carrier, stated that 75 percent of his 2,869 Internet-based pre-owned sales in 2003 were Special Finance sales! That is roughly 175 per month.”
I knew, if there was a snowball’s chance in hell that my guy was gonna get bought, Jeff Carrier was going to get it done.

Well, as it turns out, that’s exactly what happened.  I TO’d the deal to Jeff, and the customer called me four hours later, crying, thanking me.

That’s when it hit me.  I didn’t know ANYTHING about selling used cars, and even less about the sub-prime market.  A couple more of these situations came up, and each time I called upon Jeff’s expertise and the powerful combination of process, inventory and lenders that he’d amassed at Metro.  Ultimately, I bailed on the New Car $100 over invoice program, and happily jumped into the sub-prime pool without looking back.

The next two years would be eye opening to say the least, and I count myself very lucky indeed that I was able to learn at the elbow of one of the sub-prime Masters of the Universe.  I learned about the importance of having the right inventory.  I learned that having a lot of lenders isn’t as important as having a lot of lender relationships.  I learned that there was a “right way” to “do” sub-prime and still generate gross.  “Ability, Stability and Willingness to Pay” became my mantra.

In 2005, I took maternity leave and moved to Central Oregon. I consulted, I worked in a new Ford store, and I watched as the sub-prime market began its downward spiral.  We all know what happened.  Credit lines shriveled, dealers shuttered their stores, sub-prime essentially vanished.

I wrote a blog post back in October of 2010 heralding the return of Spi-Fi, but it has been a slow road.  And now it is 2012, and the sub-prime drums are beating more loudly.  I’m sure you’ve seen all of the articles I have that speak to the optimism for this segment in 2012

2008 was the “apocalypse”.  In 2009, only the big dogs were left and virtually all of the small lenders evaporated.  In 2010, and 2011, the market was sort of status quo, but this year, goals and the competition are up.  Everyone wants a bigger portfolio, and sub-prime is the “foot in the door” toward that end.

More consumers are coming out of the woodwork, and one lender exec. estimates that average credit scores are probably lower than they were before the crash, but the consumer buying power is way up.  A 560 beacon score with any sort of equity is looking at rates as low as 9.25% - and that is a far cry from what we’ve been dealing with the last few years.

Spi-Fi is not, then, making a comeback, as far as the lenders and consumers are concerned, it IS back.

Now, I’m not suggesting that a dealer should target 75% of their bank of business at the sub-prime level, but I’ve had enough dealers say that they’re “gearing up for it” that I believe that we’re going to see a much greater demand for new and improved tools and processes to facilitate a bigger share of sub-prime deals hitting the bottom line.  And that, after all of the above, is really what I wanted to talk about.

Technology has improved the face of every aspect of operations since 2008.  Shouldn’t it be the same for your sub-prime “department”?

I had one dealer say to me the other day that he KNOWS how much data is out there, and yet, he feels that his sub-prime lead sources are “weak”.  Another dealer told me that he’s virtually desperate to find quality sub-prime lead sources, but that everything he’s got access to now seems recycled, unfiltered, and not worth what he’s paying.

Personnel and training are another place where sub-prime has been sort of shoved into a closet.  I fear that this has resulted in desk managers who are about as skilled at structuring a sub-prime deal as I was in 2003.  In fact, I have dealer friend who was active in Spi-Fi during its heyday who is getting ready to release training material that teaches today’s Managers how to deal with sub-prime because there is such a gaping hole in that area of expertise at the store level.

Now, I have an assertion, and it might not be popular, but here it goes.  I don’t think much of anything in the sub-prime lead gen biz or in dealer processes has changed.  I mean, how could it?  With “off” revenues, how could these companies invest in R&D and turn out new products?  How many Spi-Fi departments were ramped up vs. how many were shut down?

I spent some time the other day looking for people talking about this and I came up empty handed.  The lenders and news agencies are talking about it, but I want to hear what YOU have to say.

Oh, and by the way, Happy New Year!