Will You Prepare or Play Catch Up? (Part 1) 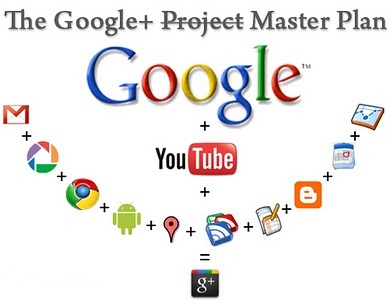 The more articles I read based on Google's automotive impact, the further I feel the community is from understanding what Google is doing and where they going. Let me set the stage for those of you that might not have a full grasp what's been happening behind the scenes.

Google soft launched Google+, it's first dive into social media a little over 2 years ago. The launch was done in a way the mimicked that of Facebook. They seemed to make it an exclusive push by limiting invites they sent out to gmail users and pop culture icons to create a buzz and induce the "it factor" and in turn make the general public desire to be on the platform. Eventually Google saw this push failing to drive the traffic they wanted and opened registrations to the general public. After about a year of the social network being launched they didn't see the impactful growth they wanted out of the program. They went back to the drawing board and came up with an idea that is nothing short of genius.

In 2012 Google started turning to it's other outlets to jump start the social media's relevancy among the community. Rather than trying to drive the traffic directly, it's took it's supporting features and made them work for the platform. Let me give you an example of this. Notice how we all "had" Google Businesses set up and now they're Google+ Businesses? Well they started this voluntarily and then let the business professionals in the world drive the "in touch" community to create these Google+ pages while manipulating their algorithm to bring these businesses up more predominantly in search results. This in turn made more and more businesses convert to stay in the Google result spotlight. Not to much later, Google started converting the straggling businesses to Google+ for them. Now I'm sure you're asking yourself, how does this have anything to do with the automotive world? Well by doing all this Google was able to drive a huge increase in their user base. Now rinse and repeat this over and over again for all their supporting features...YouTube, Google Reviews, Google Maps and so on. I mean it's to the point you can't even comment on a YouTube video any longer without a Google+ account. I can go on and on with examples and timelines but I want to get back to the focus of this article.

Those of you that still think keywording, meta tagging and content writing yourself to the top of Google's search results is the wave to the future, I'm sorry you're sadly mistaken. Yes, these features will work for now but I assure you it's far from the future. Google isn't stupid, they know their algorithm is only going to carry them so far. They understand that their search result pages, cookies and user tracking isn't always going to be the most influential or relevant result for you personally. Google decided to look at what factors have the largest impact on the general public's day to day life. This wasn't corporate manipulated content or even what you've been searching from home. Sure these factors will always play a role but not to the extent they do now. The wave of the future is the most impactful things in your life. Those factors are your family, friends and co-workers. People you surround yourself with and can relate to on almost anything.

Trust me when I tell you, that these Google+1's aren't arbitrarily placed all over for no reason. They are to lay the groundwork or infrastructure for something much larger. Google will relieve it's algorithms of doing all the work of figuring out what you like or think is relevant and start having your friends, neighbors and co-workers do it for you. Not directly but by using what your "social sphere of influence" aka the people you relate to, think is relevant. This sphere will compile everything from cars to movies to food and more. If you're sphere of influence thinks it great then the most logical result is that you will to!

Now how do we as dealers prepare ourselves for that? I will get into all that in my next article. Until I'm in everyone's sphere of influence or skynet has taken over, I have to keep you guys interested and my articles relevant somehow right?

Thank you all for reading and I look forward to expanding on this article in the coming days.

Authorship is a extremely strong resource right now. Agree with you 100%

BTW, I can't argue with the effectiveness of Google Authorship run through a WordPress theme, has on SEO. My penname of Wolfgang DeLaurentis (WD), because we had to create an alias, but it’s my mug in the search results.

Whomever said using tags in a blog installation was wrong, should look at these results (low search volume, surely, but if your site is there when a dealer starts to search, boom!):

This was just launched, but we're folloing Google's guidelines for feeding robots content.

Google released an interesting info-graphic which shows how discussions and engagement with interested automotive buyers converts into sales for brands. Automotive brands can gain as much as 91% increase in conversation rates for non-brand words while running social annotations on search ads.

In a recent blogpost on Google AdWords blog, Gretchen Howard, the Director of Global Social Solutions at Google, informs “Our research has shown that the path to buying a car is becoming more and more social, with consumers relying on information and advice from their social connections and brands to inform their purchase. Millions of consumers are already engaging with the top global auto companies on Google+, and brands are using this opportunity to connect and engage with customers in unique ways, from connecting with auto enthusiasts through G+ Communities to launching new car models via Hangouts.”

So can you as a dealer.

Manny and Alexander have both made good points as well (I especially agree about Google Cars).

Respectfully, I don't agree with all of it.

How's that for mediation? ;)

Don't ever forget this is a simple question and answer eco-system, and it all relies on the quality of the answers. As soon as you try to over complicate that basic principle you are likely barking up the wrong tree. The important part is knowing the right questions, and, to Alexander's point, what you do with it next and then what you do with it after that. Keep in mind these "elements" are just ingredients and I've found that the pie can taste just as good even when you ignore the "rules" and change the ingredients. (You like that Southern metaphor!)

Rely more on your primary research rather than what you read (shiny object syndrome), or what someone else is telling you does/will affect your search results. I'm always surprised at what works and what doesn't in real world practice.

Very good point Manny, as I've seen you point out in previous threads. ~40% of people use Bing and Yahoo, according to "experts." That's a huge number. Actually, there is proof that Bing converts better for the car world.

Those are real metrics for an extremely successful dealerships in Pittsburgh. LMAO! Yes, it's not worth fighting on the Internet, but truth be told, you're really not informing us, countless articles have been done here on this, you're late to the game bro. If you think Philly and Boston are any less developed or sophisticated than that of Chicago, you're lost. Should we keep going in terms of social signals and their importance and how they should be measured and the bench marking numbers you should keep? Doesn't that make a lot more sense, than basic instruction?

Thanks! Essentially, you've turned this thread into a marketing opportunity for me. I've worked for and currently contract with many dealerships. The dealerships I work for ARE indeed prepared and I go to bat for them in each thread (Pittsburgh, Las Vegas, Philadelphia, Boston, Nashville, etc.).

Success stories? Success comes with lead generation and conversions through Social Media, not necessarily using Google+ as a publishing tool, which most here are informed works and have since its advent for SEO / Content Marketing.

Social Signal (Facebook, Google+, Twitter, YouTube & LinkedIn) and Conversion Metrics (can be broken down in terms of Social Media conversions just easily), not only that our tool can break down (not provided) on the SERP level. 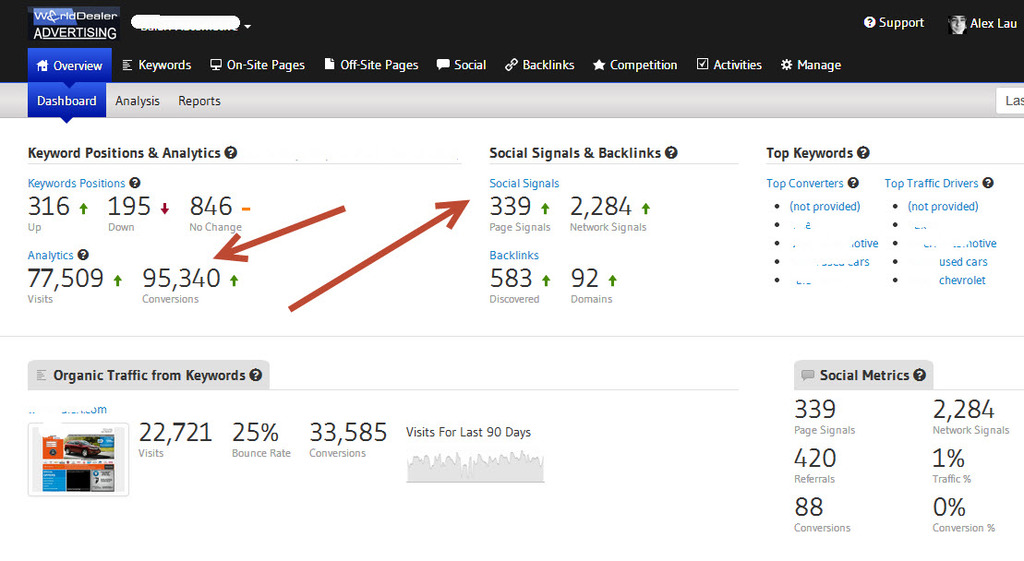 I suppose we could go on in terms of social signals, which I do agree with you, are extremely crucial. 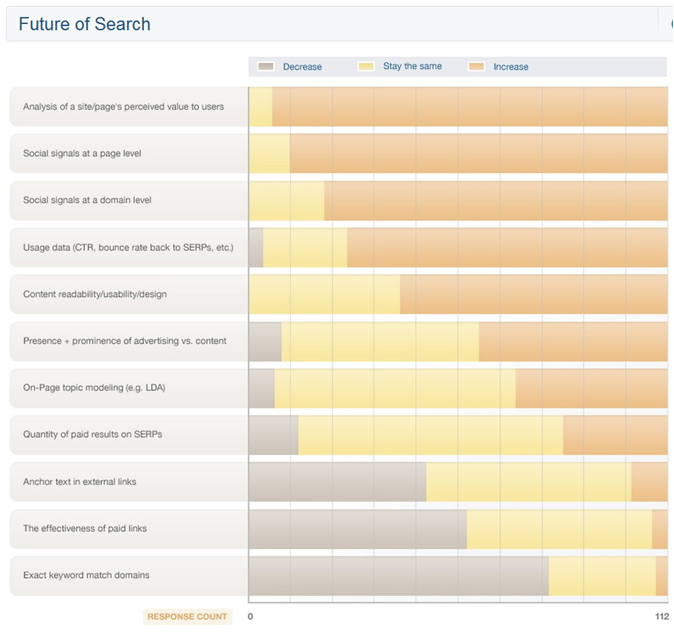 I'm not referring to the people in this thread when I write articles. I'm not out to tell profesisonals how to think or act. Maybe you're taking my writing as telling you what to do. Obviously you can do whatever you want. I'm just stating facts not opinions and emotionally charged words. I did post and accidently hit the "X" to edit and had to rewrite it. Aggravating! Ralph we need an edit button =)

You need to get out in the dealership world more if you think most are prepared. A huge majority of dealerships out there couldn't be anymore clueless on how to be socially relevant. In fact, I'd love to hear your success strategy to be socially relevant. I also agree with Manny that content is hugely important right now and will remain a factor for a very long time. However, Google see social circles and their impact as a much more important factor.

Being a Marketing Professional I would hope you'd already know this. However I will give you an update: http://postimg.org/image/443n7mg9x/  <---Notice anything there? THE TOP 7 of 8 are social.

Lastly, content marketing has been extremely successful for me but the social support has to be there in a big way to keep you there. Do you do any marketing for and Chicago based companies? My moderate sized dealer group is over 35 miles from Chicago and is one of the most cut throat regions in the country. We hold #1 Google search results for all of our brands including Chevrolet the #1 DMA in Chicago. We have 2 top 50 Chevy dealers in the country between us and Chicago. We outrank them and all the dealers IN CHICAGO. Heres some proof: http://goo.gl/NecTlR

I saw you had posted something, but then had deleted it. You should re-post it. I don't work for a dealership, but I did for years. I was referring to the respondents in this thread.