Fred Beans: Secrets of the Obvious

As a young man, Fred Beans took a risk and bought a two-bay service station with a $5,500 loan co-signed by his mother and $120 in his pocket. 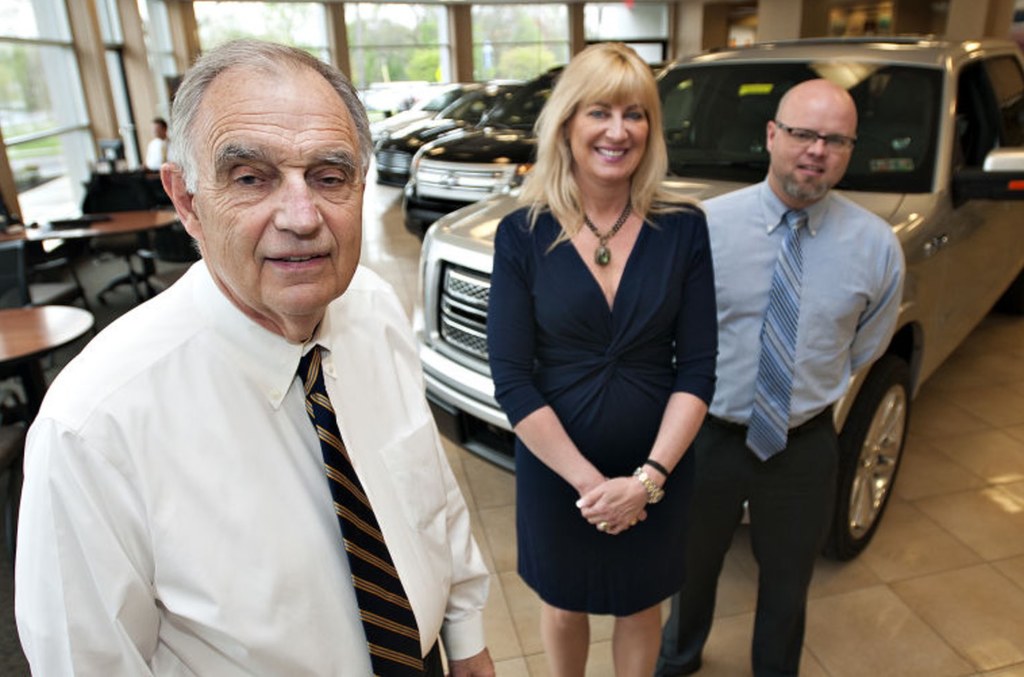 He likes to tell the story that his dad wouldn’t co-sign the loan, but told him to ask his mother; that way, if young Fred failed, it wouldn’t be so embarrassing.

His business sense and innovative marketing ideas fueled his drive to succeed. In 1972, he bought a 25% share of Bill Marsh Ford in Newtown, where his efforts helped double business in the first year. Three years later, he bought his first Ford dealership.

The company does business along the Northeast corridor and beyond because of its ability to supply the limousine industry with the largest variety of makes and models that cater to fleet needs, such as Cadillac, Ford/Lincoln, Chrysler, Toyota, and Hyundai.

The key to his success, he says, is in planning, doing, checking on the progress and then adjusting to stay on track. He believes in giving new employees not only careful testing and a good job description but also a list of expectations for what they will achieve. He believes in having a goal and sharing it with every person on the team so they are all working together to reach it.

He deeply respects the education that comes from surrounding yourself with the right mentors and influences.

“It’s the people you hang around with, the books you read and the movies you see” that determine what kind of person you are.

Fred Beans has merged exceptional service and inventory to create the most efficient parts ordering and delivery process in the North East United States. In January of 2000, he turned a downtown warehouse in Doylestown, PA, into 169,000 square feet of storage space with a state-of-the-art sales and service center. Under this one roof he assembled 21 manufacturer brands, his management team, sales team and delivery division.

Fred never misses a chance to teach, to swap ideas, to hear what other people have to say. In fact, that kind of exchange of ideas and values is at the core of what has defined his rise to the top.

One of his favorite activities is what he calls “road trips.” By himself or with a handful of employees, he visits businesses to talk marketing or selling or building layout or anything at all with other business owners. They don’t even need to be in the same industry.

“You can learn a lot from people who aren’t in your business,” he says.

I was fortunate to be personally present a dozen years ago, facilitating a week-long management training session for Fred and all of his General Managers in Bucks County, PA when the idea arose to change the company's name from "Fred Beans Family of Dealerships" to "Fred Beans: Everything Automotive." Fred liked it, and immediately made the change.

"It’s simple: We do everything to meet our customers’ automotive needs. We treat customers like family, and we’re committed to delivering customer satisfaction. You deserve the best automotive experience, and that’s exactly what you get when you visit us."

Fred has a philosophy of providing great customer service, employee development, and community enrichment. That three-pronged commitment is still front and center today as the family-run business continues to serve the industry.

Fred Beans believes that his success can be attributed to his practice of giving back and teaching others to give as well. That’s why the Fred Beans Charitable Fund was created. It provides support to initiatives and organizations of all sizes in the hopes of lending a helping hand to those who need it.

Beth Beans Gilbert, vice president, learned this while helping her dad grow his successful automobile business from a small Newtown gas station to the powerhouse it is today.

The documents posted on this Website contain external links or pointers to information created and maintained by other public and private organizations. These links and pointers are provided for the user’s convenience. Center for Performance Improvement does not control or guarantee the accuracy, relevance, timeliness or completeness of this outside information. The inclusion of links or pointers to particular items is not intended to reflect their importance, nor is it intended as an endorsement by or for the Center for Performance Improvement.

See the original article on Center for Performance Improvement