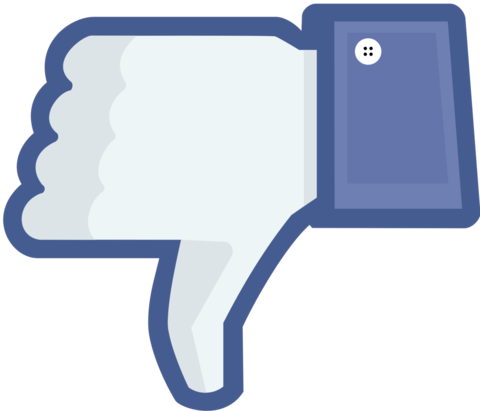 It’s been widely reported by social media experts that organic reach for Facebook pages has plummeted in the past 6 months; from as high as 15%, to the current 1-2%.  As a public company, Facebook has a need to appease its shareholders by monetizing its platform as much as possible. Facebook knows that there is a fine line between delivering relevant content that users want to see, and paid ads.

Many brands are obviously upset with these changes. One in particular has had enough. Last month, Eat24, a popular food site with 70,000 Facebook likes, wrote a public letter to Facebook. The letter accused Facebook of luring brands into using their platform, then slowly reducing these brand’s exposure to fans and making it a ‘pay-to-play’ model. Eat24 argued that their fans want to see their content. And that by withholding content, Facebook is forcing brands to pay for the additional reach. Eat24 then boldly said goodbye and stated that they would be shutting down their Facebook page.

In an unusual move, Facebook’s director of global communications/monetization, Brandon McCormick, went to Eat24’s Facebook page and chose to make a public statement as follows:

“Hey Eat24, this is Brandon over at Facebook. I was bummed to read your letter. The world is much more complicated than when we first met – it has changed. And we used to love your jokes about tacquitos (sp?) and 420 but now they don’t seem so funny. There is some serious stuff happening in the world and one of my best friends just had a baby and another one just took the best photo of his homemade cupcakes and what we have come to realize is people care about those things more than sushi porn (but if we are in the mood for it, we know where to find it Eat24!). So we are sorry that we have to part this way because we think we could still be friends – really we do. But we totally respect you if you need some space.”

Seeing as the comments have since been deleted, chances are Facebook’s PR team went into red alert. Basically, Facebook’s director of global communications/monetization told a very active Facebook page with over 70,000 likes that their content is irrelevant. And also that their fans don’t really want to see it anyways. If this person really is in charge of monetization of the platform, as his title implies, you’d think that a tad more tact could have been used.

The sad thing is, this could be the general sentiment of Facebook’s view of what users chose to have delivered into their newsfeed. That theory is certainly supported by the reduction in page exposure to almost nil over the past 6 months. The companies this impacts the most are undoubtedly small, local businesses that may have minimal likes. Typically, those likes were built organically by actual customers and supports within their local community. As an example, a page with 500 fans is now reaching 5-10 fans per post. This detracts from the ability to communicate and engage with existing fans, and also decreases the opportunity to acquire new customers. Of course, there is a simple solution to this reduced reach – give Facebook your money.

Facebook is definitely a desirable place in which to interact with your customers and deliver your message through consistent and engaging content. While larger brands will no doubt continue utilizing Facebook’s platform and include paid ads in the mix, smaller businesses may begin to find it’s simply not worth the effort anymore.

That’s exactly what Eat24 did. It has deleted its Facebook page as promised. If you take Mr. McCormick’s response at face value, Facebook doesn’t care about companies and brands that won’t open up their wallets. And that’s certainly not a message that you want your customers to get. Maybe Mr. McCormick reached out to Eat24 personally. Neither party has said. Either way, Eat24 would have been the perfect conquest and prospect. All someone needed to do was put a salesperson’s hat on, but they chose not to.

Yes, but Reach and Like mean squat! The ability to fine tune your marketing efforts using their PowerEditor and Advertising is where everything is going. Organic is DEAD.

Right.  I think it goes back to the origin of Facebook: To connect with friends.  "Like" does not equal "friend".  Wasn't "Like" added so that we could connect with "Like" minded people?  As business entities on a personal, social network, we play by whatever rules they put in place.  We are on Facebook, in fact, as advertisers.  That's true whether we pay for it or not. So do you want the free version or the paid version?  All FB has done is devalue the free version to lend more value to the paid one.

The arrogance of Facebook rivals Google. That's why we have clients.

The challenge, as I see it, is this - I care about the things that I care about and the FB algorithms can't read anything about my interests from the way I scroll my timeline. In order to see content from brands that I would engage with, the only two options seem to be

2) I remember to go directly to their page. I'm only going to do that if they have provided me with some compelling reason to do so. Useful and/or relevant content.

Facebook was established as a social media site. SOCIAL is the term we need to keep in mind. If you want to advertise your brand or service but you don't want to pay for people to see it, well..... I want a unicorn that craps gold coins......so far that hasn't worked out very well.

Remember when we all liked/friend-ed everyone and page on facebook??

I am not going to defend Facebook completely, as I think they are a necessary evil - and a good tool for those that use it right. And while I dont have exact stats - a few of the numbers from memory - Average page likes per user was around 60 - average number of "friends" 200. If you break that out, based on average posts - it would be ~600 posts per day for the average user to read/see... not possible.

Facebook also has a problem with natural attrition through life changes. Even the facebook employee admits it - "The world is much more complicated than when we first met – it has changed. "  No, the page content and its goal has not changed, you as a user have changed. Your life, your lifestyle, your needs/wants.

My point is  - I don't think people normally "clean out" their page likes, but rather their lack of interaction in pages lowers the value of that page to their news feed, showing them less content for pages they don't interact in. All while leaving them "liking" the page - and inflating the numbers of people that like a page - while in turn lowering the interaction - making it harder for pages to get their content in front of people.

Point of the article, your content sucks. 99% of it. Now, it's pay to play. Don't forget, FB is a publicly traded company. Wake up, everyone. Time to move on...

I think this article hit the main concern of social media marketers square on the nose. I also think that Facebook's response wasn't tactful, but definitely truthful. Facebook has helped change and shape how people communicate, connect and share. It is harder for corporations to compete with consumer's immediate friends and family because they post more relevant and impelling pictures of weddings, newborn babies, vacations etc... It is now up to us (social media marketers) to create just as compelling and attractive content for our fans to engage to.