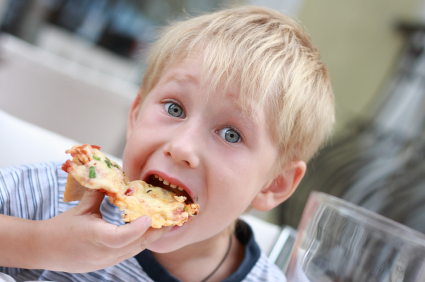 Customers realize that no business is perfect. In fact, according to Oracle, “82% of consumers have stopped doing business with a company as a result of a negative experience.” However, they also report “92% of consumers said they would be willing to go back to a company after a negative experience…” You can lose business in the blink of an eye but customers are willing to give you a second chance. I shared in a previous article how Disney understands this and empowers employees to create “magical experiences” for their guests. I’m a huge advocate of employee empowerment, which is why the following story exemplifies this concept and is a great example of how a small gesture can create loyalty, and brand advocates.

In August, CBS News reported on a story of a father who had a minor son traveling unaccompanied. Turns out this boy had a 4-hour layover at an airport and, as most young children always seem to be, hungry. The problem was, much to the father’s chagrin, the boy only had $1 with him. The concerned father took to the phones in an attempt to find a food establishment at the airport that would allow him to buy his son food using his credit card over the phone. After repeatedly hearing excuse after excuse and finding none of the restaurants even being willing to try and help, he called the Wolfgang Puck restaurant in the airport.

The author reported this conversation with the staff of the restaurant:

“Me: "Is there any way you can take my card and charge his meal? I'll send a picture of the card, whatever you need to feel comfortable."

WPE: "Unfortunately, we have no way of taking a credit card over the phone..."

Me (assuming that was the end of the sentence): "But, there must be some..."

WPE: "..so just send your boy in here and we'll make sure he gets a good meal. My store manager and operations manager are both here, and we don't want him to be sitting around hungry. You don't have to worry about paying for it."

WPE: "Just do something nice for someone else."

He completely shocked and overwhelmed by the restaurant’s generosity which led to the following actions on his part:

The next day, the Ms. Whitten followed up with the following message:

“I have sent word to the Regional Management to praise and thank their employees. I am so pleased to hear that your son was taken care of, we are delighted to hear that employees feel empowered to solve and exceed guest expectations.”

That one small act of generosity by this airport pizza restaurant’s empowered employees generated a brand advocate (the father), new customers (his friends), and worldwide exposure by a major media outlet (CBS News), and numerous blog articles, including this one.

This simple act of generosity by some empowered employees at an airport pizza restaurant that probably cost Wolfgang Puck less than $5 repaid them a thousand-fold. The most important part to remember, however, is not that they did it because they wanted publicity, but because it was the right thing to do. By giving their employees the ability to make a decision like this, Wolfgang Puck gained something that’s very hard to: a brand advocate.

…and they gained him by simply doing the right thing.