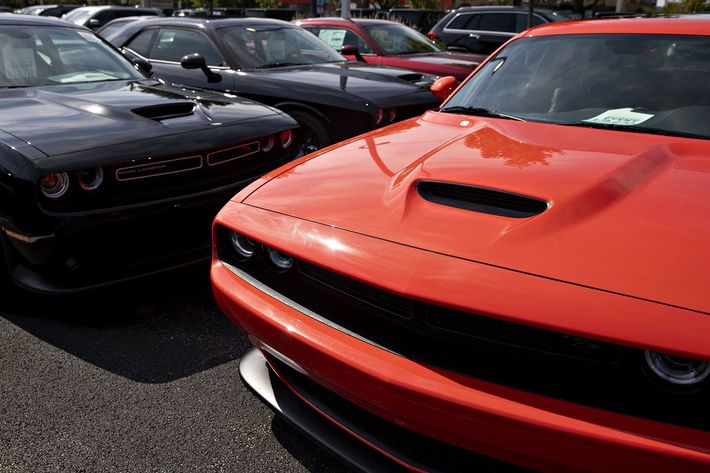 Dodge and Kia Motors Corp.’s namesake brand tied for first place with consumers reporting the fewest problems with their vehicles in J.D. Power’s Initial Quality Study. General Motors Co.’s Chevrolet and Fiat Chrysler’s Ram tied for third place in the survey, which ranks brands and models by how many problems car buyers report having during the first 90 days of ownership.

The 2020 study is a watershed for Detroit manufacturers that have trailed their Japanese counterparts for decades. But the results aren’t universally positive for U.S. companies, with Ford Motor Co. brands falling below the industry average. And the first-ever partial findings for Tesla Inc. indicate the electric-car maker would finish dead last if it allowed J.D. Power to survey its customers.

“Consumers can go usually to a showroom and get a good sense of most aspects of a vehicle -- how it looks, how it feels to sit in, how it performs -- but they can’t get a sense of the quality,” Dave Sargent, vice president of global vehicle research for J.D. Power, said in a phone interview. “It’s really a study of the unknown.” 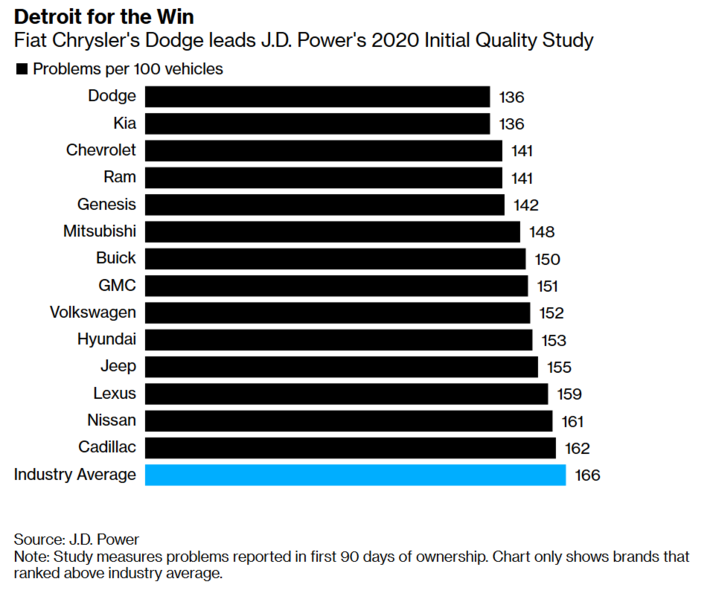 This year’s study relied on findings from 87,000 purchasers and lessees of 2020 model-year vehicles. J.D. Power redesigned the study this year by adding driving-assistance systems to the categories of issues consumers can report having with their cars.

J.D. Power allows auto companies to use its brand rankings and vehicle-segment awards in marketing materials, which has made IQS a fixture of car commercials. Fiat Chrysler is likely to take advantage of its showing in the study to promote its lineup of mostly muscle car and minivan Dodge models that have gone years without significant redesigns.

Older models tend to perform better in the study, Sargent said, because new vehicles typically launch with less tried-and-true technology and features. Companies then usually work out the kinks over time.

“Dodge vehicles have been updated over the years, but the fundamental underlying vehicle has not changed, and that certainly gives a good platform for building quality,” Sargent said. “They’re not necessarily pushing the envelope on bringing unproven technology to market.”

J.D. Power featured Tesla in its study for the first time despite the manufacturer not granting the market researcher permission to survey its car owners in 15 states, including California, home to its headquarters. The sample of surveys from customers in the rest of the country found that Tesla owners reported 250 problems per 100 vehicles, which would be more than any other brand. The industry average was 166. 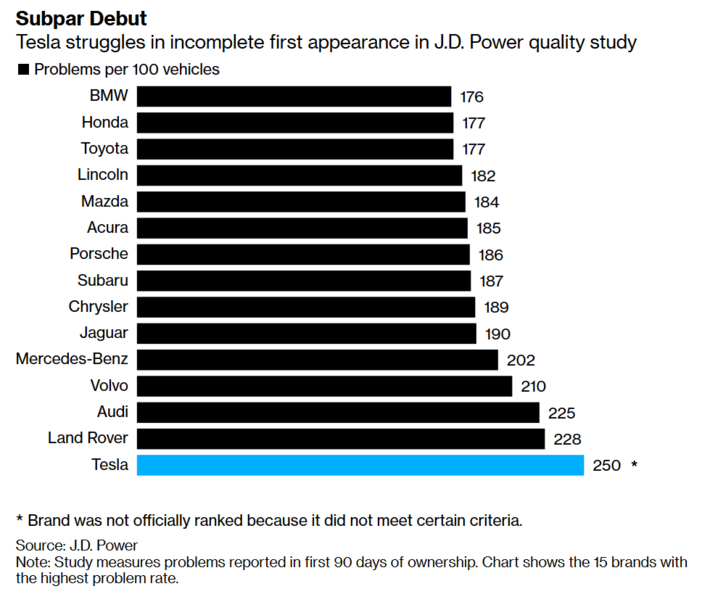 While Tesla doesn’t use traditional advertising, its brand’s poor quality and sub-par workmanship are creating CX results that could be a detriment to the company’s efforts to build upon its customer base of early adopters and reach a broader market.
Current owners are reporting issues with paint finishes, how body panels doors fit with one another and Tesla’s driver-assistance system rather than battery- or motor-related breakdowns.

“The message is not ‘oh my god, don’t build EVs, anybody else, because they won’t be good quality’ -- that’s not the case,” Sargent said. “Fundamentally, they’re good vehicles, but they do have some problems, without question.”

Ford’s namesake brand fell to 16th in the rankings from its best-ever No. 4 position a year ago. Its luxury marque Lincoln slipped outside the top 20 from No. 5.

More than half of the Ford vehicle owners J.D. Power surveyed this year bought a newly launched model, such as the Escape or Explorer sport utility vehicles. That was a higher proportion than any other brand and hurt the company’s cause.

“There were some challenges with some of those vehicles, which I think they’re solving,” Sargent said of Ford’s SUVs. “But at the time we did the study, which was three months ago, they were still challenged with these vehicles.”

Ford Motor Co.’s Jim Hackett and Wall Street analysts started this year frustrated with one another. Sure, the automaker had been underperforming, but the chief executive appealed for time to show he was fixing things. He assured them the redesigned Explorer SUV rolling out months later would be a proof point.

But rather than help the earnings results Ford delivers this week, the Explorer will be a hindrance. Sales have plunged as a plant plagued by personnel problems has struggled to get the new sport utility vehicle out the door. Thousands have been shipped 270 miles away to another Ford factory for rework.