First and foremost, I want to thank ADM and First Class Educators for selecting not only myself but also Neil Amaral as the two lucky recipients of scholarships to attend the 2013 DMSC in Orlando Florida. Without winning this scholarship I would have never been able to attend this conference.  As always First Class Educators put on an amazing and unbelievable conference. Carrie Hemphill and her crew out did themselves yet again.

For those of you who I have not had the pleasure of meeting yet, my name is Eric Nichols. I am the Internet Sales Manager / BDC Manager for Apple Honda. This is actually the second Scholarship that I have won to attend one of FCE’s world famous conferences. Last year, I was selected as one of the 12 scholarship winners that were chosen to attend AutoCon 2012 in Las Vegas courtesy of Truecar. I never imagined that I would ever win one scholarship let alone two. I am very lucky to be given the opportunity to learn from the brightest and best that our community has to offer. These great conferences allowed me to that and much more. 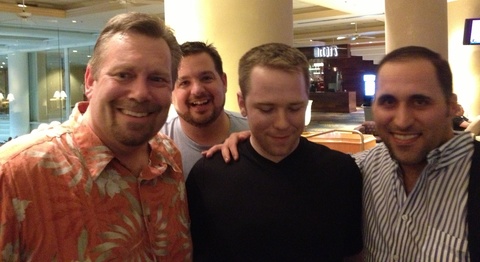 While attending DSMC this year I had the pleasure of meeting some great people and was also taught new practices and processes by the best of the best. I have attended conferences in the past and this was by far the best. I made many new friendships that will continue to grow in the years to come. I met Neil Amaral of Amaral motors who I know will be a friend and colleague for the rest of my career. I also met a man who I believe is one of the hardest working Internet Directors I have ever met, Dan Able from Stokes Automotive Group. Over the course of three days we went to many classes together and many events together, they are truly a valuable asset to their dealerships. These conferences allowed me to connect with those I would never have been able to and I am grateful for that opportunity. 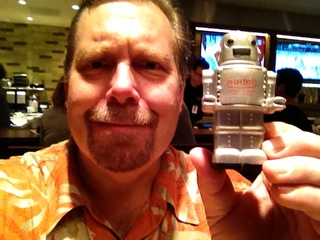 The conference started out with the introduction of PCG’s R.O.I. Bot. What a great tool, I just showed my owner the demo for it and he’s sold. We then turned it over to dealer round tables. We went to three different tables of our choosing for 20 minutes each. The discussions were varied ranging from Google Analytics, CRM’s, Social Media, etc. We were able to ask any questions we may have had and then afterwards Brian Pasch went over many of what other dealers are experiencing just as I was. What a great way to start it all off.

Amit Maheshwari from DealerTrack gave the opening keynote address on where the market is headed and how DealerTrack is there to help. The information that he presented was eye opening to say the least. The following day our workshops started. The first one I attended was by the ninja himself, Jerry Thibeau from Phone Ninjas. Jerry revealed the secrets of Internet Sales Masters. He explained and went into detail the importance of that first contact with customers and gave an outline of how to contact them successfully.

Perhaps two of the most valuable classes I have ever attended I took that day. “Big Data without action means …nothing” and “Take the mirror test” taught by Glenn Pasch.  Now I am no rookie to internet marketing classes, phone training or lead handling, I have been to a vast number of those classes. But these two were none of those. These were management and reporting classes. They gave me new practices and insight as a manager that I was able to implement immediately as soon as I returned to my dealership. New ways to monitor and teach those who work for me and above all not to take it personal and that the numbers don’t lie. How to set goals and ways to achieve them, and what to look for if we don’t hit them. I learned the 8 steps of the coaching process and “Are they really trained?” I can honestly say Thank You Glenn you taught me something that will help me grow not only myself but my employees. 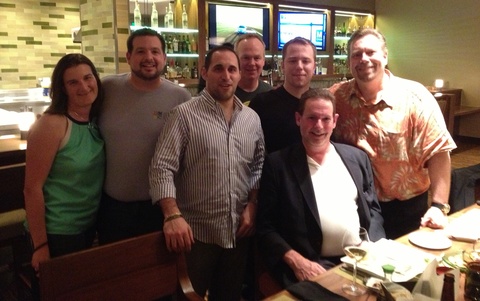 After a long day of training we had our cocktail reception in which I had the pleasure of convincing the world famous “Digital Ralph” Ralph Paglia to come join myself and about 10 others to come have dinner with us. We ended up going to McCoys located right in the hotel. While we were sitting down I noticed Myril Shaw from CarWoo there and we gladly invited him to join us. From that point out we had a great dinner with great conversation. And to our surprise Myril treated us all that evening by picking up the check. Thank you again Myril it was a great evening with you and I enjoyed your company and your insight. Later that evening Ralph joined us and for a few drinks and shared with us on how he achieved such great success and encouraged us to keep up the good work and that one day we too would be where he is now.

Sad to say then came Thursday our last day. I attended breakfast with my new friends and some old ones. We then attended David Kain’s “Advanced strategies in lead handling”. Everyone should see David speak at least once he is such a great speaker. Then on to Patrick Workman, and the importance of Facebook in our industry. I then attended Ralph Paglia’s “how to train your staff and know when you have it right”. Another first class workshop, Ralph gave me new insights on how to hire the right people for the right job. Walk in interviews are a thing of the past. If you’re going to spend the time and money make sure it’s the right fit. Because if you don’t it will cost you more then you can imagine. 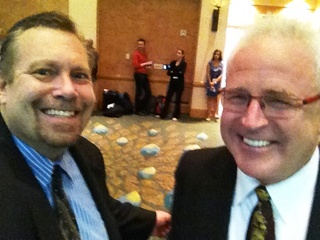 Lunch time came around. I was looking for a seat and then out of nowhere a gentleman offered me a seat at his then empty table, I gladly accepted. I introduced myself as did he. He told me his name was Chip. We then started talking about everything and anything but the automotive industry. He showed me a few photos of himself from more than 40 years ago. He joked that he had more hair then and that I would see what he means in the years to come. After sometime Ralph Paglia and Tim Jackson came to join me at the table for lunch. Ralph then joked with me asking me if I knew who I was talking to I said yes “Chip”. He then informed me that “Chip” was actually Chip Perry, CEO of Autotrader. That’s when the real conversation began.

Ralph started asking Chip about the industry and talking shop. At this point I thought to myself “DON’T SAY ANYTHING STUPID”. Here I was sitting with the top industry consultants and leaders and was worried I was in over my head. They spoke for some time, I sat quietly eating lunch but listening. Then came the pause and they looked at me and asked me what I thought. A little shocked I answered and Chip and Ralph both agreed with me.  And the thought crossed my mind at that moment in time. I was part of discussion with those who have shaped and formed our industry as we know it today and they were asking me a person who has only been in the industry about 6 years my opinion. And I realized they were asking me as an equal, years had no bearing on it.

Going to these conferences puts you in the same room and conversations with those who you would never have the opportunity. And even more they allow you to learn from those who have seen it all and done it all. I would recommend that all automotive professional should attend at least one of these conferences sooner than later. Even if you only take away only one thing, trust me it will make a world of difference for not only you but your dealership. I would like to finish out by saying Thank you to all I interacted with at DMSC 2013, and that I will gladly see all of you at Autocon 2013. 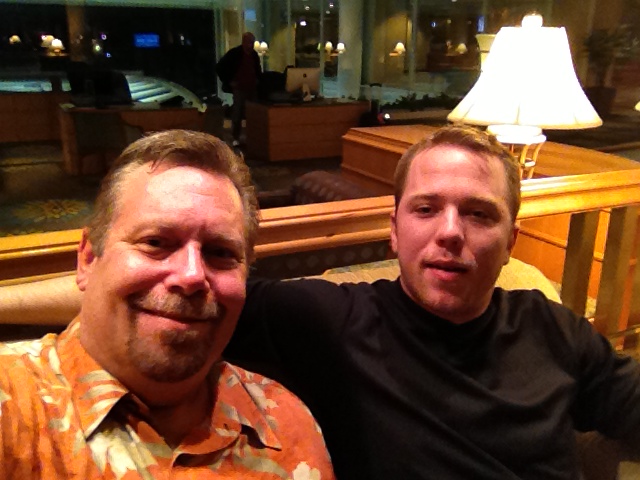 I am so glad that you enjoyed DMSC.  Ask your dealer to send you down to the 2013 Automotive Boot Camp in Philadelphia, May 14-16th.  The lineup of workshops is amazing, 64 workshops over 8 learning tracks.  Details are found at: http://www.automotivebootcamp.com/

they look great, Thanks Ralph

Eric, hopefully you won't be too upset over the photos I added to your review of the 2013 Digital Marketing Strategies Conference!