Professional Networking as a Competitive Advantage for Car Dealers 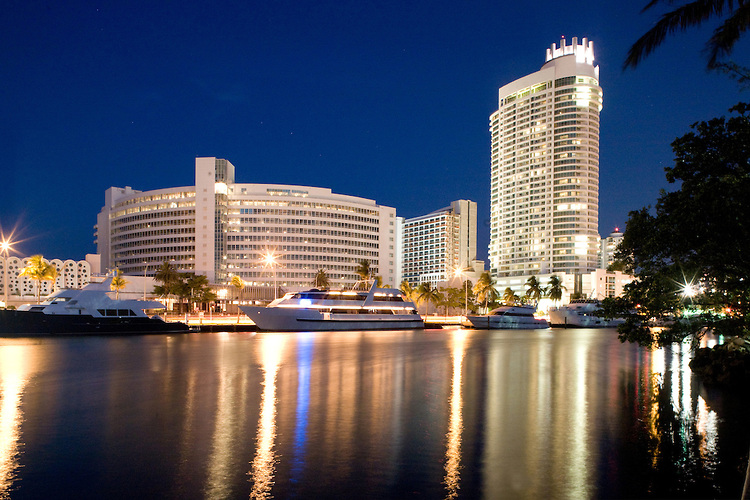 About a month ago I had the honor and privilege of speaking at the Automotive Leadership Roundtable in Miami Beach, Florida. As each of the previous ALR events have been, the venue was superb and the dealers who attended were among the nation's most successful and each of them true leaders within our industry. 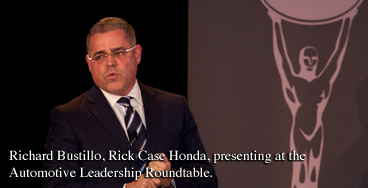 One of my favorite General Managers, Mr. Richard Bustillo of Rick Case Honda was a featured speaker at this year's Automotive Leadership Roundtable and tells me that one of the most productive uses of his time is the contacts and networking connections he makes at this premier industry event.

"April 11, 2013 — DAVIE, Florida - Richard Bustillo, General Manager of Rick Case Honda, the World’s Largest Full Line Honda Dealership, will be leading a panel discussion at the Automotive Leadership Roundtable (ALR) on Monday, April 15, 2013, at the Fontainebleau in Miami Beach, Florida. This is the second consecutive year Mr. Bustillo was selected to speak at ALR, an annual conference of leading automotive management executives."

Another more recently acquired friend of mine who is a dealer, Neil Amaral had accepted my nomination to attend the ALR event as one of the top independent car dealers in America. His "Amaral Auto Sales" dealership in New Jersey puts many franchised points to shame in all measurements of dealership operating criteria, including units sold, customer satisfaction and retention.. During and shortly after the ALR event, Neil opened my eyes up to an opportunity for car dealers that translates into sales and profits which I am sure too many dealers fail to take advantage of... The power or networking in the Auto Industry. 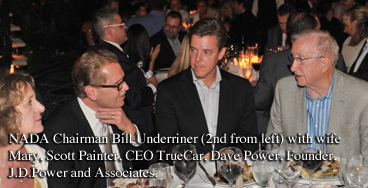 Although I am going to use an example specific to Amaral Motors, it is merely one of many examples I have witnessed or participated in over the years... Profiting from a network of professional contacts.  Previous to this year's ALR event I had several conversations with Mike Timmons and Ken Potter at TrueCar regarding a Used Car Affinity Sales Program for TrueCar dealers. While at ALR I took the opportunity to Introduce Neil Amaral to both Mike and Ken from TrueCar. Before the end of the event, they had worked out a deal for Amaral Motors to be an exclusive TrueCar Used Vehicle Center for their area of New Jersey.  As Neil pointed out when he thanked me, had he not listened to my description of the ALR event and trusted me as part of his professional network, he would not have secured his deal for the TrueCar Used Car Program at Amaral Motors. 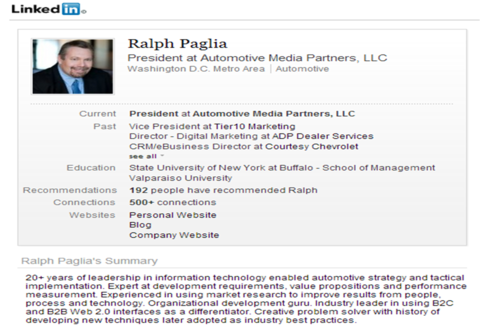 As difficult as it may seem at first glance to be able to predict such "six degrees of separation" type of connections, it is actually a lot simpler than most dealers realize. Let me explain, because of social and professional networks online, today's automotive professional and his or her networks of business connections are more readily available and visible than ever before.  Take a look at my profile on LinkedIn.com/in/RPaglia and you will see that there are over 200 auto industry professionals who have written recommendations of some sort… It does not take a clairvoyant to predict the potential for referrals and introductions.

Neil Amaral is a lot like several very successful dealers and General Managers I have known over the years, he sees the opportunity to leverage relationships for the benefit of his dealership’s marketing, sales and operational efficiencies, then focuses on developing those relationships.  In many cases, the dealers who are the most effective at getting more value than other dealers spending similar amounts of money on the same auto industry suppliers are the ones who focus on their relationships with key people working or running those supplier companies and business, while creating the desire within that supplier organization to deliver above and beyond what the dealership is actually paying for. 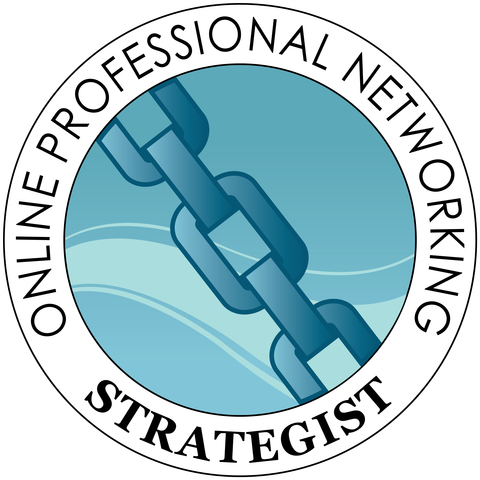 There are many professional managers who believe in the “Purchasing Department” approach of grinding for the lowest cost deal... But it appears that in recent years there are also a growing number of highly successful dealers who have become advanced "relationship management practitioners" from the marketing supply side perspective...

...Are you one of those dealers?

Ralph makes a very interesting point that sometimes it is not what you learn at these conferences, but who you meet that matters. Since I attended my first  Automotive conference, Dealer Synergy's IS20 Chicago, my network of industry professionals/friends has grown exponentially.  The direct result is that our dealership's business model, in terms of process, digital marketing strategy and fixed operations, has done a complete 360. I learned an tremendous amount of information about all 3, but most importantly I made great friends. One can only take so many notes. Those notes will stay with you until they are outdated, but more importantly the connections that you make can last a lifetime. These bonds will grow as time passes and will spawn more friendships through the magic of social media. I consider myself to be a very lucky person to have made such great connections to leaders in our industry that will take the time out of their busy schedules to give me advice. For example, I was on the fence about going to either the DMSC in Orlando or attending NADA this past February. I could not attend both because of financial reasons, so I took a shot in the dark and submitted a video for the scholarship provided by First Class Educators. Luckily, they chose me and my new friend and confidant Eric Nichols. To make a long story short, myself, Eric and few others hit it off and communicate very frequently. Eric actually took his day off last week and came to our store to give and outside look in to our fixed operations, BDC, and overall processes. Social media makes the world a small place, and it makes it easy to communicate with others that live far away. It is these connections that make conferences worthwhile.

Honestly, when Ralph invited me to the ALR, I was nervous and did not think I would attend such an exclusive event because it was geared toward the best FRANCHISE stores in the US. I mean, what would I talk about with big names like Brian Benstock and Rich Bustillo? I was in doubt, but Ralph coerced me in a conversation to attend and make MORE CONNECTIONS! I was counting on having Ralph to talk to, but he had an unfortunate emergency so I did not see much of him and I had wing it. At the first night’s networking event I ran into Tom Gage from Autotrader who I had met at the DMSC.  I spoke to him some more about VDP's and let him know that I used one of the slides from his presentation at the DMSC in my business plan. He was pumped. Also, I started a conversation with Simon Smith, not knowing he was from TrueCar. I established a great bond with him through simple conversation which has turned into an agreement that could change our dealership’s digital marketing strategy completely. I would have never have made if I did not accept Ralph’s invitation. I could go on and on about this, but I will spare everyone.

I strongly suggest going to conferences to stay current with digital strategy, processes, and fixed operations. Most importantly I urge people to come out and make friends. These are friends that want to see you and your dealerships succeed. The majority of the people that come to these events have the burning desire for success and greatness and love to see others thrive. My advice to those who are undecided, just do it! Keep and open mind, be friendly, be confident and don’t' be afraid to ask questions. You'll be surprised at who you will befriend and what you can learn sitting in the lobby of a hotel with a bunch of car guys drinking mojitos!

I wanted to give Ralph (Big Daddy Pags) a special thanks for being such a generous and genuine friend!

Ralf- I believe that the art of developing professional relationships is a business and any professional understands that. Both parties want to leverage that relationship to find a common ground from which to benefit.

It is important to optimize every tool, device, instrument, and mechanism available when your trying to repair, adjust or improve on what you have set for your goals. Because the ones that do utilize those tools, devices, instruments, and mechanisms the most efficiently and effectively are always going to get the best results.