Is Tesla Losing Momentum in California?

Even as production hits record, registration in EV-friendly state slid during Q3.

Tesla registrations in California declined 13% during the third quarter 2020. The sales disappointment was led by a drop-off in Model 3 sales. Wall Street has some lofty expectations for Tesla, which will report its third-quarter earnings on Wednesday, and there are some other numbers that could rain on the automaker’s parade. Projected net profits are all over the board. On the plus side, the California-based EV company reported record production during the July-September period. And that is forecast to translate into record revenues in excess of $8 billion, up by nearly a third year-over-year. Investors are also anticipating another profitable quarter from Tesla, which seems to be firmly in the black after years of heavy losses, according to consensus data.

Tesla is looking for even bigger growth during the final three months of pandemic-plagued 2020, CEO Elon Musk recently repeating his goal of delivering 500,000 vehicles worldwide for the full year. That would require a massive jump in deliveries during the fourth quarter, however, and one reason for concern is Tesla’s home state. Tesla registrations in California dropped a surprising 13% during the third quarter, according to Cross-Sell, a research firm that tracks such data. The primary problem was a fall-off in registrations of the Model 3, Tesla’s most 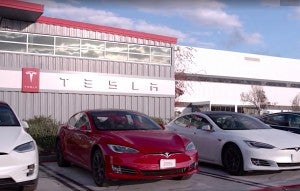 California is the biggest market in the U.S. for Tesla, which is the only carmaker producing vehicles in the Golden State at this time.

In a year hammered by the coronavirus, it is hard to fully interpret that decline. California has been particularly hard hit by the pandemic, though Tesla’s dip doesn’t jibe with the overall rebound of the state’s new car market.

And that could be of real concern, according to several analysts. California is consider a bellwether state when it comes to alternative powertrain technologies. It was the first to embrace the original Toyota Prius hybrid which, for several years, was the most popular vehicle sold there. When the Prius began losing momentum in California it quickly slipped in the rest of the country.

California has been particularly ready to embrace Tesla – which today operates the only large-scale auto assembly plant in the state.

Curiously, Cross-Sell data does not indicate that the dip in California sales is being echoed elsewhere, however. An analysis by Reuters shows that, “Total third-quarter vehicle registrations in the 23 states where data was collected and which Cross-Sell said account for 65% of the U.S. market, remained roughly equal to last year at around 32,800 vehicles.”

Tesla does not itself track and report data the same way as other auto manufacturers. It also is somewhat limited in its operations because of its refusal to franchise independent dealerships. A number of states continue to block Tesla from setting up its own factory stores. 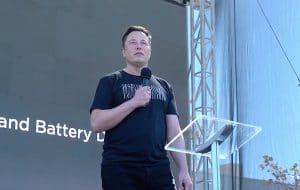 There is also the possibility that the registration numbers for California are out of sync with the company’s production and delivery schedule. Tesla had a burst of activity late in the third quarter and some of those vehicles might not show up in registration data until the fourth quarter.

Another possibility is that consumers are starting to consider the growing number of competitors in the EV space starting to come to market, a list that is only expected to grow even faster in the next 12 to 24 months with the launch of products like the Polestar 2, the Volkswagen ID.4, the Ford Mustang Mach-E and others.

Bottom line, if this does presage a real decline in the Golden State it could be a troubling signal, especially at a time when Tesla is looking to grow even faster.

Tesla delivered 139,300 vehicles during the third quarter but will need to boost that to 182,000 during the final three months of the year in order to hit the 500,000 mark Musk is aiming for.

Investors actually pulled back after the release of the July-September delivery data. The test is how they will respond to the earnings numbers coming Wednesday, Oct. 21. The consensus revenue forecast is $8.29 billion, which would be a 31.6% year-over-year gain. Net income numbers vary significantly, with a high of 67 cents per share by Estimize, and a consensus Wall Street figure of 55 cents.

Future performance numbers are largely already baked into the current stock price, running $423.50 per share, which is down slightly, mid-morning Tuesday, however. Investors will likely be watching closely – and listening to the quarterly call by CEO Musk – to get a sense of where things are going in the months ahead.

Edited and re-posted from article written by Paul A. Eisenstein