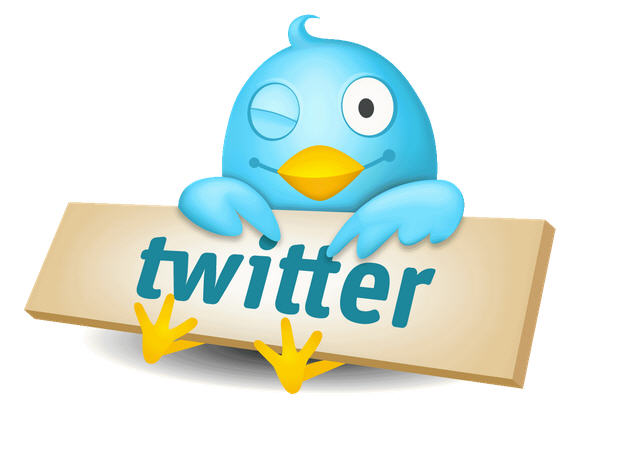 As I mentioned in an earlier post, Twitter is growing up. With more consumers turning to the microblogging site to discuss brands, it’s important that social engagement on Twitter be part of your dealership's marketing strategy. Setting up the account is easy, but making your Twitter account stand head and shoulders above the rest takes more than just scheduling tweets. Here are five ways to ensure Twitter becomes a valued tool in your marketing arsenal.

5. Have a Game Plan
Once you're in the swing of things on Twitter, having a game plan for how you'll promote products and services as well as how you'll respond to incoming tweets is key. Your game plan should clearly lay out roles and responsibilities, the "voice" of your twitter account and the type of responses acceptable for inbound tweets. Will your account be playful? serious? Will you answer customer service queries directly on twitter? These are all decisions you need to make before you start engaging with the public.

4. Don’t Forget the Hashtag
Do you use hashtags in your tweets? If not, you may want to consider incorporating them. Tweets that contain one or more hashtags are 55% more likely to be retweeted than those that don't, according to a recent study conducted by Dan Zarrella of HubSpot. 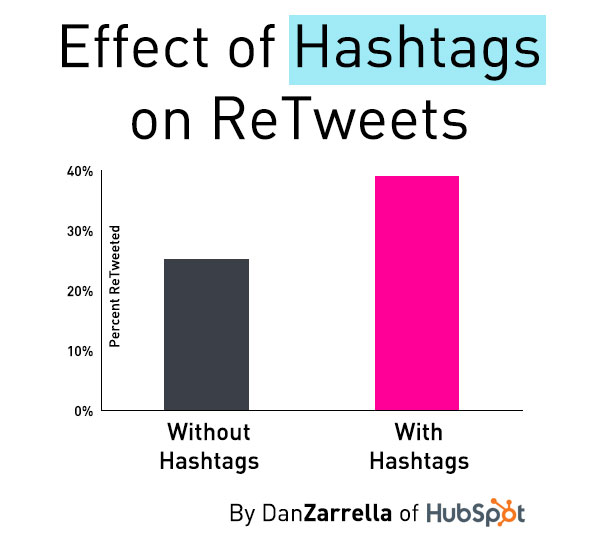 Zarella examined more than a million random tweets to find correlations between the use of non-alphanumerical characters and retweets. His analysis found that hashtags greatly increase the chance of a retweet.

Hashtags aren't the only characters that boost retweets. Quotations, while not quite as strong as hashtags, can definitely pack a punch when used on Twitter. 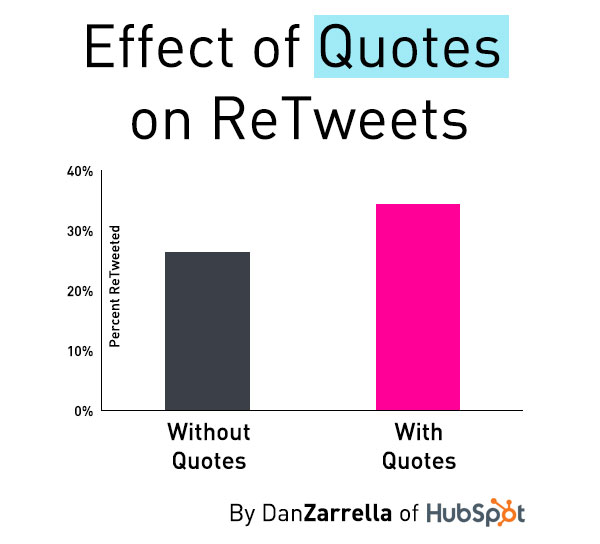 In the same study, Zarrella also found that quotes had a positive effect on social sharing. Tweets including quotation marks were 30% more likely to be ReTweeted than those that did not.

2. Not All Images Are Created Equal

Posting images on Twitter is a great way to garner more ReTweets. You might be surprised to learn that there's more too it than finding cool pictures to post. Where the images originate also plays a role. In a separate study, Zarella examined randomly selected tweets to see how popular ways to post images affected Twitter sharing. The study found Tweets with images uploaded to pic.Twitter.com were nearly twice as likely to be retweeted while the use of Twitpic increased the odds by just over 60%.  However, Tweets using Facebook or Instagram links were less likely to be retweeted.

If your dealership gets its fair share of customer service inquiries on Twitter, it may be worthwhile to divert these issues to a separate feed. Creating a separate account focused on customer support issues has the added benefit of moving potentially negative discussions away from the main account. While this may require a bit more manpower and strategic planning, a second account for hot button issues will pay off in the long run.