A few months ago, myself (@michaelacirillo) and Robert Wiesman (@yourhyundaiguy) set out to create a free helpful resource for our fellow automotive professionals in the form of a podcast.

We've been so fortunate to sit down with heavy-hitters in and out of the car business. Grant Cardone, Tracy Myers, Gary Vaynerchuk and Tom Vann to name a…

"But Enough About Me, Let's Talk About You. What Do You Think About Me?"

This photo cracks me up because it looks as if the guy wants to make sure that you've noticed how good he looks in the reflection of the car!

Here's What You Really Need to Know About Your Website's Bounce Rate, And It's Not What You're Thinking...

This isn't just going to be about Bounce rate, but all of your dealer website's metrics in general. …

How to Leverage Existing Site Traffic for Higher Quality Leads

There is something going on with dealership websites that needs to stop ASAP!

It’s something that should be pretty obvious, but clearly isn’t.

Know what I’m talking about?…

In a couple of days, we'll be running a VERY important Automotive Digital Workshop with one of the auto industry's top analytics experts. Check out the details here:…

The True Cost of Doing SEO, or Not

There is one simple truth that must be recognized by all dealers. That is that the Internet plays a major role in how today’s automotive consumers research and purchase vehicles. Never before in the history of auto sales has there been a faster, more efficient way to get your brand in front of such a large audience. The Internet isn’t going away.…

The next time you turn on your television, do me a favor! Watch the commercials and see if you can identify what target audience the advertisements are intended for, and what calls to action are included to entice that audience to buy.

Once you’ve had a chance to complete this…

It’s Saturday! Blow up the Balloons, blow up the squiggly air man thingy, get your game faces on and get ready. Barely anyone will walk on to your lot today. Any ideas why?

Before you continue reading this article, do me a favor right now and go grab your local newspaper. Open it up to the first auto dealer…

3 Things That Will Dial In Your Web Presence

Ok, so I chose to post this picture for 2 reasons. 1) To prove that I in fact had hair at one point of my life and, 2) it fit perfectly with the topic of this artcle.

I first learned the term “Dialed in” when I worked as a Sound Engineer in a recording studio in Vancouver,…

All About Me and Why I'm The Best!

On a daily basis I analyze dealer websites which I’m convinced had the same content writer. Have you ever seen websites with sentences that read like this, “Our team of…

Educate, Advise, Entertain...Oh, And Be Human!

What Do You Mean You're Not A Vacuum? Let's cut the chit chat and jump to the point of this post. Do you suck? Are your sales dwindling? Are you losing the confidence of your management? Does it feel like all of your "ups" are avoiding you to the point that you discreetly sniff your arm pits just to make sure you don't stink? If so, keep reading. I want to share a couple of ideas…

3 Ways to Creatively Use QR Codes 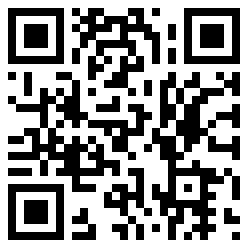 As smartphones or similar device usage increases in popularity for automotive consumers to research vehicles, it's important to identify ways in which you can use the available technology to help drive qualified traffic to your dealership.

QR codes; also known as Quick Response Codes, aren't that new anymore, yet in my opinion dealerships are only scratching the…

2 Reasons Why Data Will Help You Grow Your Business

Those who know me would likely agree that I am a massive data junkie. Don't believe me? My twitter profile even says it so it must be true! I'm not exactly sure when or how my…

According to Rand Fishkin, Founder and CEO of SEOmoz.org, *there is an increase in blog readership as of late but a dramatic decrease in the amount of people blogging. This sets the stage for a powerful…

Wishing Everyone A Happy Holidays And Prosperous New year

As 2012 draws to a close, I wanted to take a quick moment to wish everyone a happy and safe holiday season and hope you enjoy your definition of success in the coming year.

Have a great Holiday everyone!

There is so much data available online that can help your dealership make profitable marketing decisions. While some believe that making decisions based on what their gut tells them is the long under-utilized secret to business success, my opinion (being the data junkie that I am) is that the acquisition of intelligence is the only reliable way to…

A few months ago I wrote a post titled, "How Important Is Price Really?" in which I discuss how there is too much emphasis on price when it comes to vehicle/dealership advertising. If you haven't already…