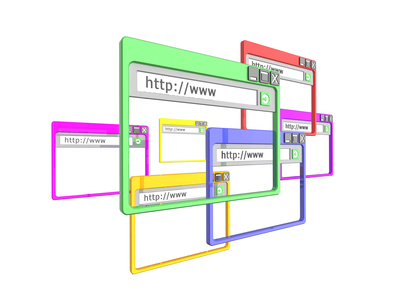 But you couldn’t be more wrong about microsites!

I have had a few dealers reach out to me lately on Microsites being a bad idea and even one of the largest industry providers asking me if dealers using them will be “Black Listed” by Google…REALLY?!…

An interesting report from comScore and I think some premonitions for retail automotive. The AutoMazing Podcast is a group of cars guys (Larry Bruce, Chris Saraceno, Eric Miltsch, Bryan Armstrong, Shaun Raines, Tracy Myers & Rob Campbell) that get together 2 to 3 times per month and discuss the topics affecting our industry.

12/29/11 - What Makes A Great Customer Experience & What Is CarMax Doing We Should Be Paying Attention To?…

TrueCar has certainly stirred up a hornet’s nest with “Know the REAL Price”. To be fair they are not the only online lead generator that uses dealership transactional data in an effort to get between the customer and the dealership and get a piece of the car sale either through a pay for lead or pay for sale pricing model.

Both KBB and Edmunds use transactional data also, the difference… their billing model doesn’t require them to dial into your system so it doesn’t appear that they…

Google Plus Business Pages...set up concern

Just a quick thought...when setting up a page be careful who is setting it up as there is no way to make multiple Admins...yet. When Google says "coming soon" we should be nervous. Not sure why they would roll this out without addressing this issue, but then again... here is a link to the subject Google Help. Hope it does.

A coworker of mine, Jennifer Schrader, recently shared this infographic with me regarding the reasons behind why people follow brands. It led me to think about the overall brand of my different clients and…

It amazes me how many dealerships judge their Facebook marketing efforts success by the number of fans they have. People are in awe of that dealership that managed to get 15,000 fans to their Facebook page. Some vendors sell the fact that they…

Do you have a 5 Star Rating?

Here is another great article I found in the new Digital Dealer Magazine talking about how Micro Sites can be a benifit to your store!

The meteoric rise in gas prices from an average of $2 a gallon to over $4 a gallon has caused a dramatic shift in our industry. Manufacturers are rushing to bring fuel-efficient cars to market as consumers elevate gas mileage to the top of their vehicle “must have” lists. This is a situation ripe with opportunity for your dealership. Although… Continue

Let me know how I can help.