You shouldn’t spend money on advertising to new people if your current visitors aren’t converting, period. Ask yourself this question: Would you spend $100,000.00 more on advertising knowing you only have one salesperson who’s closing ratio is less than 10%?…

Influencer A Public Thank You for Pasch Consulting Group (for getting my check voided)!!!!

So here’s my story. I was working in a used car store perfectly happy being a start to finish one man internet dept. Through circumstances I ended up taking over the “Internet Dept.” for the entire
organization, Papa's Dodge Chrysler Jeep. We are under staffed under budgeted and the expectations are very
high. I know that sounds very familiar to you readers.…

Shown below is Cyan Banister…

I have been educating dealers on the concept of a POD Score this month and I wanted to give ADM members advice on how to increase their POD score. You should also read the latest post on how POD Score is calculated. (Read Article)

One of the fastest ways to protect a car dealer's BRAND and Page One search results is to purchase the .NET and .ORG… Continue

I had a discussion the other day with a potential client and it made me realize that many customers think that Internet Reputation Management (IRM) is just about getting negative reviews off Google Page One.

This comment reinforced my belief that unless a company is committed to having a good internet reputation and willing to work on-site to improve, there will always be something to push off Google Page One.…

The ever-changing online environment requires direct marketers to deal with many different obstacles in trying to keep entrenched and viable in the marketing realm. The Internet continues to play a huge role in handling customer feedback as it relates to direct marketing efforts in any industry, especially the automotive business.

When engaging in reputation management activities online, there are typically two types of disciplines that lead the pack: reactive and proactive. Each… Continue

(UPDATED 10/1) IM@CS will be hosting a second-installment of the #imacswebpoker event in Las Vegas during Digital Dealer 9. Location is The Mirage and we'll have a private poker room starting at 9:00pm but it will be a limited engagement. Vendors/Consultants: We'd like to have more than a few dealers in attendance for the Wednesday, October 13 poker rounds so bring them. email dealer at imacsweb.com for more details.

As one of the industry's finest website companies, Autofusion™ is bringing a team to educate dealers attending the top events in online digital automotive with all indicators expecting heavy attendance.…

30 Car Dealer Websites - Which ONE do you like best?

ADM Members are invited to offer their feedback for the 2010 AWA Design Awards for best designed dealer website. If you had to pick ONE from the list below, which would you choose?… 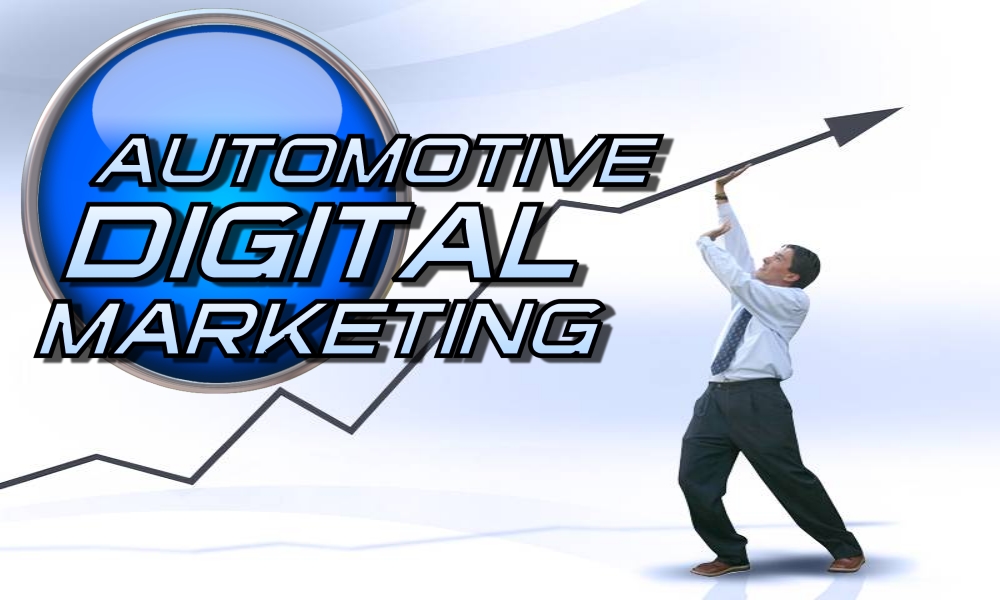 The Case for Outsourcing your Social Media Marketing

Social Media is hot. Real hot. It's a new kind of consumer engagement and businesses are are still trying to figure out the best practices regarding the use Social Media to raise brand awareness and foster consumer engagement. It's a brand new type of discipline. However, even though it's a new communication medium, the age old question still rolls off the tongues of CEO's and Business Owners everywhere -- is this something we should… Continue

Based on feedback from members of the ADM community as well as other automotive leaders, I have created a revised formula for calculating a POD Score™ that is designed to give dealers a quick measure of how well their name is being defended/protected online when consumers perform a "direct search" on their name in Google.

Related to this… Continue

Influencer Supercharge Your Internet Sales With Solutions from Infinite Prospects

Call 908-277-3300 & ask for our Internet Specialist Dan Beckelman & he`ll be more than happy to assist you. Please let Dan know that you received our September CC EBlast too. Thanks.

Twitter to Release a Real-time Analytics Solution This Year

By Stan Schroeder via Mashable

Twitter plans to launch a free analytics dashboard that will help its users – especially businesses – understand how others are interacting
with their tweets.

Updated with August 2010 data and showing 12 months of tracking and measurement analysis... Click on the images shown below to visit and view the actual Compete.com charts, analysis, reports and details of how they measure and track these performance…