Is your dealership successful or is it wildly successful? Are you a good leader or a great leader? And if you are merely “good,” but desire to be “great,” what does it take to make that transition?

I have been revisiting the best-selling business book, “Good to Great: Why Some Companies Make the Leap and Others Don’t,” by Jim Collins. In Chapter 1, he posits that good is the enemy of great. Meaning that if you are good, it is often difficult to become great because it’s so…

What Your Toddler Can Teach You About Differentiating Your Dealership

Meet four-year old Martina. She's about to teach you a lesson.

You: Martina, it's time for bed, sweetie.

You: Because you've had a long day and you're going to be getting sleepy soon.

The Secret to Becoming An Authority in Your Industry

Watch this week's Think Tank Tuesday to learn how to tailor your marketing strategy to help turn your customers into clients.

Agreement between largest manufacturer of window and paint protection film and best vehicle accessory retail system offers consumers and retailers the most engaging shopping experience in the industry; AOA solution proven to increase accessories sales by as much as 500% for auto retailers and installers

Four in 10 top marketing executives fail to meet their objectives due to lack of funding, according to the Accenture Interactive report:…

EdgeRank. It’s a mythical beast in many ways, not because it isn’t real but because it is very misunderstood by many. It’s one of those things that makes total sense once…

VIDEO: Are you giving your best?

Clip from Facing the Giants will fire you up every time

I could watch this clip 100 times and every time it helps me refocus. Forget that it’s fiction. Forget that it’s from a movie with a spiritual message. It is one of the best illustrations you will ever see for overcoming fear and a weak belief level – whether it’s in business or your personal life.… 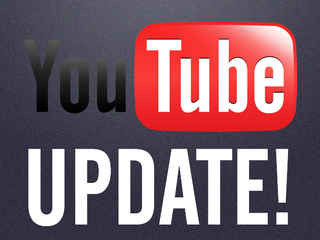 Albany, N.Y. – April 29th, 2013 – Auto/Mate Dealership Systems (http://www.automate.com) announced today that the company has been recognized with a “Top Workplaces in the Capital Region” award by the Albany Times-Union newspaper for the second year in a row. Auto/Mate was featured in the “Small Workplaces” category for companies with 35-149 employees. I have been fortunate enough to have the freedom and wherewithal to fly small aircraft. While my brain is busy with the mechanics of flying, my mind is free to nuance things.

Here is what came to mind one recent afternoon flying at 10,000 feet off the coast of Southern California:

The automobile dealership of tomorrow will staff a different…

Influencer Don’t Fall Into the Trap

The problem I see in the Automotive Industry is that the large corporations, who are trying to take control of the Vertical landscape from B2B wholesaling to the classified car sites to inventory control and marketing, find it easier to market in a one style fits all approach. This may work well for them but it is a trap you don’t want to fall…

BDC: THINKING OUTSIDE THE NET

I was driving home from work the other night and was compelled to write about something that I am very passionate about and believe in strongly, the Business Development Center or BDC for short. When you hear the term BDC, what comes to mind? You’re probably thinking about Internet leads and scripted phone conversations. I bet you’re not thinking about the other initiatives this department can handle–with the proper guidance, strategy and communication.…

“Are You Aiming at the Right Target?” presented by Chris Reed of Cobalt, is named 2013’s Most Valuable Insight at Sold-Out DrivingSales Presidents Club

Salt Lake City, UT– April 29, 2013 – DrivingSales today announced that “Are You Aiming at the Right Target?”,  presented by Chris Reed, CMO of Cobalt, has been named the 2013 DrivingSales Most Valuable…

The next automotive e-Commerce revolution: a real photo interface It occurs to me as I navigate my iPad and latest Android phone that our inventory hosting options, both on dealer websites and third parties like AutoTrader.com and Cars.com are so 1999 - literally. With all the talk of…

I recently read that today the reality is that, whether prospective buyers are in your virtual showroom or your physical showroom, they’re a buyer. Maybe not today, but statistically the Internet customer is highly likely to buy within 90 days.

94% of car buyers begin the process online, according to recent estimates, yet most dealerships attribute less than 30% of actual sales to Internet leads. Why the discrepancy? Most consumers do research online but instead of…