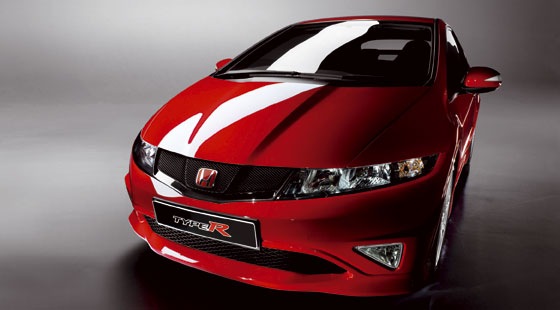 The 2012 Honda Civic is a celebration of its heritage of surpassing super-high mileage landmarks, combined with progressive features and superior affordability. Sticking to its original vision of a “Civic for all people,” the 2012…

Good news for early adapters in our so beloved automobile industry. When you are one of the pioneers using in your ads, Maroni stickers, or even on Business cards the two-dimensional barcode like images – a.k.a. quick-response codes or in short QR-Codes – you past the stage of  prior “thinking out of  the box” with flying colors.

Increase Your Leads With Online Classifieds

Print classified ads are one of the main tools auto dealers use to advertise their vehicles and service but as more and more people are turning to the internet for information, online classifieds are significantly and steadily outperforming newspapers and periodicals in providing ad spaces and lead generation.

to all involved, I apologize if the post was inappropriate-  a certain company didn't like it, but many of the viewers obviously are not having the same problem (as there was only one comment.)- so I will forge that battle alone, recant my previous statements, and run away with my tail between my legs!!

5 Steps To Establishing A Corporate Blog

Before I get into what this blog is about I think it might be better to tell you what this blog isn't. First, I won't be discussing why you should be blogging, I'll take the fact that you are reading this as a sign that you already know you should. Second, it won't be a technical how -to-manual of setting up and maintaining blogging software. In this post…

My job requires me to be in front of a computer for many hours a day. When I started PCG Digital Marketing in 2005, I remember many months where I would be at the computer 12-18 hours a day, 7 days a week. This lifestyle choice coupled with lack of exercise and a healthy diet resulted in some significant weight gains by January 2010.

During those first… Continue

This is the first in a series of articles by Neal Gorevic and Haven Thompson that will look at electric vehicles and how automakers, as well as other players in the space, are planning/will need to plan on leveraging digital marketing and product development to help drive adoption for electric vehicle purchase and to help manage and support EV ownership.

Using the Fundamentals of Twitter to Engage Current and Potential Customers

Five years ago Jack Dorsey, co-founder of Twitter, sent out the first tweet launching a new form of communication that became a revolution in 140 characters or less. This year, Twitter posted a blog reporting that it only takes about one week for users to send 1 billion tweets and last February an average of 460,000 accounts were opened per day. In the automotive industry, we should all ask ourselves, are we utilizing the fundamentals of Twitter to best engage current and potential buyers on…

Influencer How to Be Disciplined With Your Automotive Marketing

A significant key to your automotive marketing success is discipline.  But how does your dealership create discipline for your organization to ensure that success?  The most effective way to build and encourage discipline is by establishing uniformity and responsibility across all your marketing vendors and internal marketing teams.…

Facebook has recently launched a new application that could change the way you interact with current and potential customers. Facebook Questions, which operates similarly to Quora, Aardvark, LinkedIn Answers and other Q&A sites on the internet, can be a valuable tool for dealerships looking to find out more about their target market. With Facebook Questions you are able to ask a question then either set up specific poll answers for people to vote on, keep the question open-ended allowing… Continue

Influencer "You're either lazy or you're stupid"

“There are two reasons people fail in the car business; they’re either lazy or they’re stupid.”  Those were the words of wisdom and inspiration I was given in a letter by my mom's second husband, Phil  when I first got into the business.  He was in his fifth decade in the industry, a dealer principal/owner on the East Coast.  I was a green-pea in the Pacific Northwest.  No pressure, if I fail, I’m either lazy or stupid.  I guess of the two, stupid would…

Used Car Advertising Platforms - Do Ads Matter To You?

I'm working on a white-paper to present at the Automotive Marketing Boot Camp that compares the choices dealers have to advertise their used car inventory. One of the elements of the white-paper is to document how Vehicle Detail Pages (VDP) are designed and presented to consumers.

From a dealer perspective I have a problem with…

When Bob Burg, coauthor of The International Phenomenon, “The Go-Giver” speaks of giving, he’s talking about constantly and consistently providing value to others, and touching lots of lives with that exceptional value.

In fact, that’s the only way one can make money in a free-enterprise based society. Thus, shifting your focus…

We have some great stuff lined up for this year's event. I've mentioned the SCVNGR promotion. We have some really cool prizes! The grand prize is an Apple MacBook Air (courtesy of…

Is Chysler's Los Angeles store owned or part-owned by Chrysler?

Piscataway, NJ, March 28, 2011 –DealerApp Vantage, a software development company that leads the industry in mobile application (apps) design and development for auto dealers, announced today that company Executive Director Ed Louis will speak at the 2011 NADA IT Committee Meeting, March 29, 2011, in McLean, VA.  Louis’ presentation will highlight one of the most powerful marketing breakthroughs of modern technology; marketing tools…

QR codes into your Photos for 3rd party sites

I started doing Internet sales in 1997 and since then I have always tried to
stay ahead of the next dealership, doing things that no other dealer is doing.
So one of my biggest challenge that I never got resolved, until now, was to find
a way to include a hyper link into my listings on Autotrader and Cars.com to
direct customers back to my site or any where else I would like for them to go.
To be up front, I am a vAuto rep for the store Moberly Motors in Moberly MO,… Continue