Well, we were ready to go to “press” with a piece on the wholesale market and auctions, when “Drop Dead” day for GM and Chrysler arrived and Rick Wagoner’s head rolled. I have been shocked by the “hue and cry” from so many different angles. So the piece on wholesale will have to wait.

So what is “Drop Dead Day?” On December 12, 2008, the Bush Administration “bridged” GM and Chrysler with TARP funds. The plan was to tide them over and let the next… Continue

Price is always a very sensitive issue, especially during times of contraction, when money is tight, consumers are scared and more selective with their money. The first response (incorrectly) is to reduce price in order to make up for less volume. It is a myth that a lower price will sell your product and a formula for disaster.

Unless you are Wal-Mart or the Dollar Store that have entire business models built around very small margins and high volumes, the lowest price model will… Continue 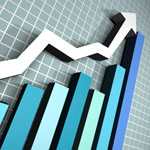 In today’s troubled auto industry the need to leverage resources across multiple channels is the solution to many shared problems. AdAgencyOnline.Net is in the unique position to link them all together on their free automotive advertising resource / networking portal. Philip Zelinger, the President of Ad Agency Online, L.L.C., (AAOL), – a national network of independent automotive advertising agencies, production partners and select auto industry… Continue 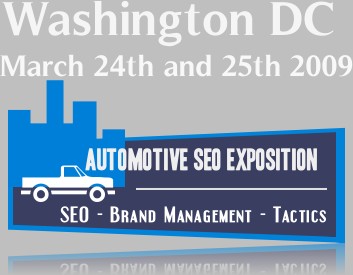 The annual meeting of the best minds in Automotive Search Engine Optimization took place on March 24th and 25th in Washington DC.
Some of the topics covered were:

This will be brief. The White House has a brand new (old) scapegoat. Now it is playing tough guy and hardball with the car business. Out is Wagoner. Fiat better be obliterated into Chrysler...

It is so easy to walk across the playground and pop the 40 pound first grader. Hit 'em while they are weaker and littler. Now, after today, the President can look like a tough guy.

Dealer Getting Started with Google Alerts. Why? When? How?

Many of us work hard to develop a good reputation and overlooking what others think or say about us could be costly. Fancy terms like Online Reputation Management or Search Engine Image Protection have evolved and you can benefit by gaining a deeper understanding of this modern trend. Google Alerts is a service designed to help you learn about internet content that contains certain words or phrases - such as your name. 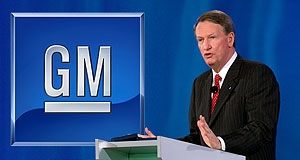 WASHINGTON (Reuters) -- General Motors CEO Rick Wagoner will resign under pressure from the Obama administration as the government prepares to announce Monday a second bailout for the company and Chrysler LLC.
Wagoner, a career GM executive and CEO since 2000, is stepping down as the top U.S. automaker… Continue

Thank you Rosmary and George for your business on the 2009 Impala. Rosmary is the "Boss" I was referring to in "Why Do You Go In On Your Day Off" below. I have to say that George sure did turn into quite the negotiator in the end. Thank god for mini's! I guess in the end you can say it does sometimes pay to go in on your day off. Even if it is a mini. I met some great people who made a switch from an import vehicle to a Chevrolet. Its been a tough week but yesterday and today were awesome...… Continue

GM CEO Rick Wagner has agreed to resign at the Obama Administration's request. Wagner was not the best choice for CEO of GM at this time and his departure will be celebrated by many in the auto industry. The other half of the problem is UAW President Ron Gettelfinger. Will the Obama Administration call on Gettelfinger to resign? Would he be half the man Wagner is if his resignation would… Continue

Truth in 24 – An Inspiration

I find myself in the mist of the most amazing cars in the world; the European Car World. My dealership sells Porsche and Audi as well as Italian supercars Ferrari and Maserati. I suspect that many of you will differ from my opinion here today. However my blog today is about AUDI. In my humble opinion the Audi is the most… Continue

3-28-09 Apex, NC... We all want our businesses to grow, both small and large. But it is the LITTLE things done in a BIG way that often puts us ahead of the competition. How are your customers greeted? How are your front-line people dressed? How are your customers rewarded for their loyalty? Are your people paid enough? Are your products and services clearly priced and labeled? Is your inventory ever changing? Is your team awake when a customer is within 20 feet of your door? Are "issues"… Continue

I have been in the car business for longer than I would like to think I am old enough to
have done anything. It is around 25 years give or take a moment or two. During the course
of my career, I have seen the ups and downs of the business. We have experienced 3
recessions and are in the throws of a fourth. Business has been slow, fast, hot, cold or
any other verb one can think of for an industry that rises and falls on the crest of the
economic situation of our country… Continue

Good morning, I have been getting numerous requests from my dealers and agents for some type of unemployment coverage to sell or give away to their customer. The good news is that I have come across 2 programs one program is an involuntary program designed to put on every car you sell there is a 1 year or 2 year program then there is an upsell opportunity for the F/I team to make some money on this as well you can offer a 3-5 year as the upsell and protect the customer for the term of their… Continue

A RECESSION IS A TERRIBLE THING TO WASTE by Grant Cardone

"A recession is a terrible thing to waste so make the most of it", is what I say. No one in their right mind would ask for this severe of an economic contraction as they prove so painful and inflict so much financial damage (as already has been proven). While no one would ever wish this, even on his best competitor, the reality is there are many benefits and opportunities created by them:
1) Competitors so involved in the problems they can't see a solution if it walked in and laid… Continue

I would like to invite anyone who is interested in a hands on demonstration regarding the strategies and steps required to update the META tags and Page Titles on your car dealer platform to mark your calendars for April 2, 2009 at 1:00 pm.

I have been invited by www.DealersEdge.com to conduct a webinar to enable car dealer staff to update their websites to better comply with the recommendations set out in the Google SEO Starter Guide.

AdAgencyOnline.Net Shares Their Vision of “Web 3.0” With Automotive Advertising Agencies