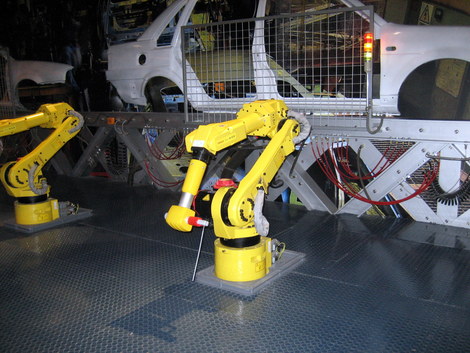 The following was written by:
Tony Hamby,
Yahoo! Contributor Network

The American economy has taken a beating over the last few years. Jobs have been scarce and people have lost their homes. Yet as the dollar weakens against the euro and the yen, America begins to be an attractive option for auto manufacturers. Labor costs in countries such as China and India are getting higher so some companies are looking to expand in the U.S. to cut costs. The result is that many new jobs are coming available for factory workers here at home.

New Auto Jobs in the U.S.

Volkswagen opened their new plant recently in Chattanooga, Tennessee to build the VW Passat for the American market. While the plant promises great expansion for Volkswagen sales in the U.S., it also brought more than 2000 new jobs to the area. Not too far away, in West Point, Georgia, Kia Motors is looking to add a third shift to its new plant. The company looks to boost production of the Kia Santa Fe and the Sorento and will need 1,000 more people to cover the shift.

GM this year invested $2 billion in expanding U.S. domestic plants across 17 facilities in 8 states. More than 4,000 jobs were secured by this move. As many as 3,000 of these jobs will be new hires. In the last 2 years GM has created an additional 9,000 jobs with expansions across the country. The Center for Automotive Research estimates that the investment will create another 28,000 jobs at parts makers and suppliers to support the growth and more than 15,000 indirect jobs through consumer expenditures as the new auto workers spend their earnings.

More jobs will be created as Honda adds 1,000 more employees to its Greensburg, Indiana plant. Foreign car makers BMW, Toyota, Nissan and Mercedes are adding 6,350 jobs to the U.S. this year and 3,400 more next year with expanded U.S. operations. All told, the auto industry could create as many as 88,000 new jobs for Americans by 2014.

This kind of job growth will create more spending, boosting local economies and helping American families to lead more enriching lives. The influx of new auto manufacturing jobs and the support jobs created from this growth could ultimately help with the recovery of the overall American economy as more Americans are able to afford mortgages again and families move back to the suburbs and into the houses Americans have lost over recent years.

Tony is a father of three who has been married for nearly two decades. He is also a veteran of the United States Air Force. He has worked in the IT industry for over 15 years. When not busy with work or spen...   View profile