You Get What You Pay For: A Customer’s Service Nightmare 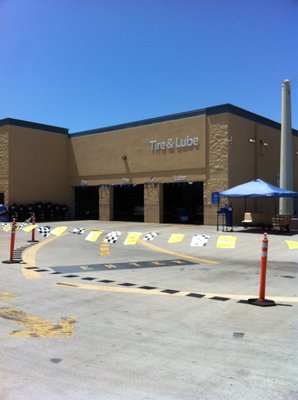 There’s one thing that all auto franchises have in common when it comes to service: battling independent auto shops.

I’m fairly certain that not a day goes by when you have either a customer on the phone or in person who is price-shopping you with an independent. There are many ways to build value in dealership service versus independent service shops when talking to customers: factory parts, instant access to service records for warranty purposes, and certified technicians are just a few. Sure, independents can advertise low pricing and fast service and, in some cases, may be able to deliver on those promises. However, there is a price to be paid and consumers should be aware.

The low-price gargantuan that is Wal-Mart is one of those independents that you are competing with for, at the very least, revenue from oil changes. Oil changes are an important piece of your service revenue as most dealerships will offer multi-point inspections with them. This can then lead to other services a consumer may not be aware they need. Wal-Mart is not equipped, staffed or trained to handle most major services that an inspection could reveal. In fact, it appears, it’s even having problems getting oil changes done properly.

A recent article in The Consumerist, shared the story of a woman who brought her vehicle into Wal-Mart for an oil change. She was called 15 minutes later and informed that a tech had driven her car through the bay door and into a guardrail. She was left without a vehicle and faces a prolonged fight with Wal-Mart. Luckily for her, the media stepped in and a local dealership then offered her a loaner care and is assisting her in finding a new vehicle. Kudos to the dealership that stepped up to assist this woman.

Apparently, however, this is not an isolated instance of Wal-Mart’s failure to deliver. In 2012, another woman brought her vehicle in to get an oil change at a Wal-Mart where the service tech accidentally put the oil in her transmission instead of her engine.  The list of complaints goes on. Simply Google, “Wal-Mart oil changes” and you will find tons of articles containing horror stories like these. In fact, on Consumer Affairs website, they currently have 601 reviews – 82% of which are one star. They make for an interesting read, should you have the time.

Wal-Mart has positioned itself in the world as the “low-price” leader for, well, just about everything. People shop there with the expectation of paying less for more. A customer’s vehicle, however, is probably the second largest investment they have made and, in many cases, a necessity. While it may be a great idea to buy your groceries, clothes or household goods from a discount retailer, your customers should be educated that they should reconsider their decision when choosing between your service department and that discount independent. In no way am I saying that all independents operate this way, nor that they staff inexperienced technicians. For this discount retailer to profit from their oil change business, however, the key is volume. Today’s consumers are busy people and one factor that may have influenced their decision to patronize Wal-Mart over your dealership may have been time. As has been reported in many studies, consumers don’t mind paying a little more to have their cars serviced by their local dealer, if they receive excellent service. You don’t have to be the least expensive option to win a consumer’s business. But if you can increase your efficiency and reduce the amount of time it takes to do even the smallest of services like an oil change, you’ll remove another factor that could sway the consumer your way.

Sears is the same way. If you go to Kmart, you're going to Sears, as Sears owns them. It's not worth it, you're right, but have you taken a look at 90% of the service and parts pages for dealership sites. One word, dreadful. There are very few executing correctly, so it's no wonder why people take their cares to Walmart, etc.