What you need to know about motor oil quality

Your engine’s oil is critical to ensuring your vehicle runs smoothly and that parts don’t wear because of extra friction. Understanding that, it follows that it is important to understand the differences in oil, and how these might impact your vehicle, the signs that you have a problem, and how serious that problem might be.

Pay attention to when an oil change is due

Whether you work with a regular mechanic or have your oil changed at one of the quick service depots that specializes in them, each oil change should come with a reminder about when your next is due. While it’s okay to go slightly longer on occasion, this timeframe really does give an indication of the optimal life of the oil and ignoring it for too long, can be an issue. 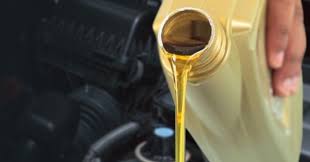 More than once, I heard someone say they were ‘just going to pick up a bottle of motor oil’ to top up or refresh their engine until they could get an oil change done in a few weeks or a few months. There is so much wrong with this “I’ll just” statement that I’m not exactly sure where to begin, except to say that different kinds of oil are made for different purposes and vehicles, there are performance specifications on each bottle that indicate the optimal function of the oil in terms of things like temperature and to anyone who would say “I’ll just”, I say, take 30 minutes and get it done right.

Now, your car’s owner’s manual will tell you the kind of oil you should be using, but this can change with the age of your vehicle as well so it really isn’t something you want to solely rely on.

There is also the decision about whether to use synthetic or conventional oil. A synthetic oil actually may start as a conventional oil but then is modified to add certain properties, or it may come from something completely different. Synthetic oils may offer features such as improved lubrication or better stability because they have been modified to maintain their thickness. Modifications also generally mean synthetic oil does not have to be changed as often because it doesn’t break down as quickly. This though may be balanced somewhat by the higher cost of the oil in general.

Do I have an oil leak?

Sometimes it is obvious. You see a dark patch under your car when you pull away and you know you have an oil leak. If you’re really good about checking and maintaining your engine, perhaps you perform fairly regular dipstick tests and you notice a drop in the oil level. In either case, it may be okay to top up the oil, just so your engine won’t be damaged while you get it to a mechanic, but this isn’t a long-term solution in any way.

There are other signs that can be less well known that may also indicate an oil leak. Some common signs that you may have an oil leak include a bad smell, like burning oil, coming from the front of the car, or blue smoke coming from the tailpipe. Each of these is a sign that you have a problem and a sign that you should pull over and call for help. If you see or smell evidence that oil is burning, this indicates a potential fire hazard and means you should call for a tow to get the vehicle to somewhere it can be properly diagnosed and repaired.

I recommend a towing service like Bruce Towing that is locally owned and operated and can be trusted to get you to where you need to go quickly, efficiently, and at a reasonable price.

Think of your engine’s oil as its lifeblood and understand that the decisions you make about what you use, how often you change it, and whether you pay attention to or ignore the signs of trouble, will have a direct impact on the life of your vehicle.