UK Car Production Down: Brexit Uncertainty Cited as a Cause 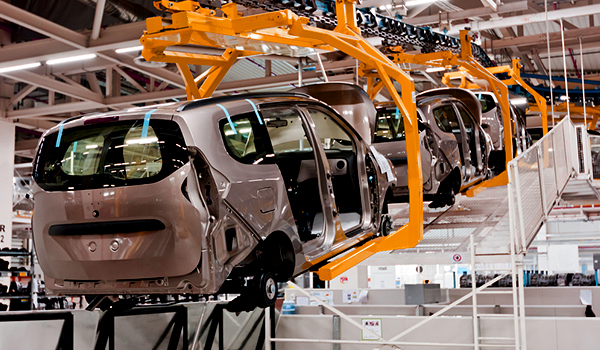 UK car production was down 4% in September, the probable cause being given as Brexit uncertainty.
This was in spite of a general growth in Britain’s manufacturing industry. The Markit/CIPS purchasing managers’ index (PMI) for July, August and September were 55.3, 56.9 and 55.9 respectively. While September’s figure was 0.886% down on the forecast PMI, any figure over 50 represents growth.

Why is UK Car Production Down?

September’s growth in manufacturing was greater than that in July but less than in August. These figures do not suggest a general downturn in UK manufacturing. So why the drop in car production? Other than the Brexit effect, another possible cause for a 14% decline in demand are plans to reduce roadside emissions. In an attempt to improve air quality, the UK government is considering restrictions on nitrogen dioxide emissions.

This has all contributed to the decline in car production, although it shouldn’t have. Mike Hawes, the chief executive of the Society of Motor Manufacturers & Traders (SMMT), stated publicly that automobile production volumes have been affected by a drop in consumer and business confidence for the future. Brexit and emission legislation have had a significant effect in creating uncertainty in the automobile industry.

Plans for improving air quality and emission reduction are not helping improve optimism in the UK auto industry. While it is generally accepted that such plans are necessary, the way the issue is being handled doesn’t exude confidence. While generally, UK manufacturing is expanding, car manufacturing is contracting. The reasons are now irrelevant. What matters is how Brexit negotiations and air pollution legislation can help assist the UK car industry.

UK car production is an important aspect of the British economy. It is inconceivable that the British government will stand by as it suffers while the rest of UK industry grows. The government has already invested £260 million ($341 million) in research into advanced propulsion technology.

The UK government has also invested in designing, developing and manufacturing batteries for the electric car industry. Over the past four years, it has already invested £246 million ($323). While UK car production is down, there is still investment being provided for the future. It should be recognized that 70% of UK car production is exported. UK emission regulations will not apply to this 70%, and Brexit uncertainty should affect only exports to EU countries.