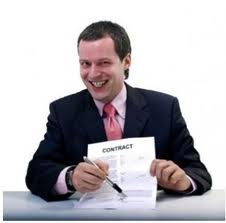 A few weeks ago I was involved in a discussion on another website where the statement was made, “we do know there there's a dearth of talent on the floor”. My brain (fairly or unfairly) translated this into “today’s salespeople suck”. The post then went on to theorize that if today’s salespeople just did a better job adhering to a decades-old “process” then everything would be better.


Are Salespeople Letting the Process Down?

The Process worked well for years, so it can’t be the problem. The problem must be the salespeople.  Are we doing a bad job identifying and hiring talent? Perhaps the problem lies in training. A proven process, with the best people and the best training can’t go wrong. Can it?

Is The Process Letting Our Salespeople Down?

The process that many dealers are hoping will still work has a foundation based on an imbalance of power – of knowledge. As the balance shifted and consumers armed themselves with more information, the process faltered. It can still work on occasion, but the execution must be flawless.  Many of us are committed to a sales process that is simply harder to execute given the realities of today. The old process is letting today’s salespeople down.

Have We Embraced The Internet... Really?

Most dealers figured out that today’s shoppers use the internet extensively. Advertising budgets shifted to The Internet. Our hope was that consumers would use The Internet as they previously used print, radio and television. We hoped The Internet would be a cheap, efficient way for us to get our message to consumers. It has worked that way to an extent, but with the unintended consequence of empowering consumers with more knowledge and power than they ever held before.  The end result is that we’ve embraced The Internet as a conduit for our advertising, but in our sales process we want to pretend that it’s changed nothing. Embracing The Internet requires not just a shift of the Advertising Budget but a rethinking of the sales process.

This rethinking won’t happen within the Internet Department. It needs to occur at the top levels of management.

Build a New Process That Works

Today’s most successful dealerships really are embracing The Internet. They’ve built strategies that embrace and leverage transparency, rather than hide from it. These dealerships have discovered that, with a process designed for the realities of today, flawless execution isn’t a necessity. A Green Pea can be successful and a more practiced and talented salesperson can really excel. These strategies aren’t identical, buy they share a foundation of embracing openness and transparency. They don’t fight to keep a semblance of control over the customer. These strategies are not built on fighting The Internet, but rather, embracing it.

I don't think today's salespeople suck. I think yesterday's process is failing them.

Ed Brooks Sales Director
vAuto
Interested in vAuto? - Call me today for a Live Demo!|
No contracts - Just Results
402.427.0157 Phone|
-Add me on LinkedIn
-Follow me on Twitter

Comment by Dennis Galbraith on August 5, 2011 at 2:44pm
Thank you so much for the kind words Keith, Tom, Ed, and Ralph. I don't think any of us would be what we are without the influence and friendship of other marketing leaders in this industry. Sometimes we don't like what we hear, but we always learn and grow when we listen. Many thanks to Ed for boiling the pot with a great post to start this discussion off!

Not wanting to open a can of worms about religion, but I remember watching a satellite broadcast of a person "debunking" the science of planetary and celestial motion because it parlayed into what the actual age of the universe might be.  And I thought:  "How funny that the science being attacked is exactly the science behind the satellite above us carrying this program!".  My point is that technology gets so absorbed into people's lives (and quicker than ever, nowadays) that they don't even think about it--it's just a means to an end.  In this case, a means for the broadcaster to reach his audience.  In our case, a means for our customers to reach us AND for us to reach them.

On another note, I wish Ralph was "sooooo excited" when I posted in this forum.  ;)

Dennis, you're fantastic! " The way I sold cars 31 years ago has some resemblance to what works today, but we don't get to pick what parts work and what parts don't. Look at everything you do and question whether it is the best way to interact with shopper, that goes for human and technological touchpoints."

@Jason - You are writing on this technology and you are a person.  You are being responded to on this technology by people.  Computers, iPads, Smart Phones are technology.  You can put them in your hands and use them. Try putting the Internet in your hands.  I again submit that the Internet is people.  And all retailers must go where the people are and deal with them on their own terms.  With due respect, just because you are a dealer or GM doesn't mean you know what dealers need.  You might listen to insights from other people who have experience outside of your own realm of experience.  It's even possible to get creative and profitable ideas from people from outside the car business.  I'm not a dealer or GM, I'm just an Internet Sales & Marketing Manager, so this is just my humble opinion.

Ralph: I'm in agreement, anytime Dennis joins a conversation, he adds a tremendous amount of insight.

Jason: You're correct, I don't close car deals everyday anymore. But my job gives me the opportunity to speak with many of the most innovative and successful dealers across the country on a daily basis. For me, this is a great opportunity to learn.

If every dealer had the same philosophy, the same strategy, no one would dominate. All I can recommend to any dealer - or any business - is that they constantly evaluate their strategy as market conditions change. If you feel your strategy is spot-on, don't change a thing. If you feel your strategy is being challenged by changing conditions, by all means adjust it. And finally, if you think your strategy has had years of patches,adjustments, and "fixes", step back and reevaluate it from the ground up. If you have made years of adjustments to A,B,C and D just to make "E" work, you have to ask yourself why are we doing "E".

Comment by Ralph Paglia on August 4, 2011 at 1:24pm
@DennisGalbraith - I always get soooo excited when you chime in with a comment or post something, because I know it will be insightful and intellectually stimulating... Your comment below met my expectations and demonstrates superb levels of understanding the ecosystem that makes up a successful marketing organization (dealership) in today's context of online channels dominating the sources of information used in making buying decisions by so many people for so many products!

This thread, like so many others, attracts folks justify old practices with the phrase, "Technology doesn't sell cars." Technology doesn't sell billions of dollars worth of cameras, books, and appliances either. People load the interactive technological touch points with pre-defined content, and it sells very nicely. If the people who take your pictures, create your video, and write your seller's notes don't know they are part of the sales process, then they can't possibly living up to their maximum potential. If your floor sales people don't recognize that all the interactive technological touch points the customer was involved with prior to meeting the sales person were in fact part of the sales process, then they can't do their best.

The solution to better management and better performance starts with a clear recognition of the fourth wave of sales. The way I sold cars 31 years ago has some resemblance to what works today, but we don't get to pick what parts work and what parts don't. Look at everything you do and question whether it is the best way to interact with shopper, that goes for human and technological touchpoints.