The Power of a Name

Should you own your name in Paid Search?


The short answer is Yes.


I’ve heard both sides of the argument, but recently released research makes the topic relevant again.


The study showed that the top Google ranking gets nearly twice the number of visitors as does the number two ranking. Sure, the findings refer to organic rankings, but the same priority
ranking principle holds for paid search.


Google’s greatness is predicated on relevance. Give people what they want and consumers, advertisers and dealers walk away happy. So if someone wants to find your dealership, why wouldn’t you make the
system foolproof and give them what they want?

Don’t over think this and outsmart yourself on this one, because consumers don’t have or won’t make the time to figure it out.


So why should we pay for something that we otherwise get for free in the organic listings? Think of it this way, even though you’re #1 organically you’re actually no higher than #4 in the overall listings due to the sponsored links. 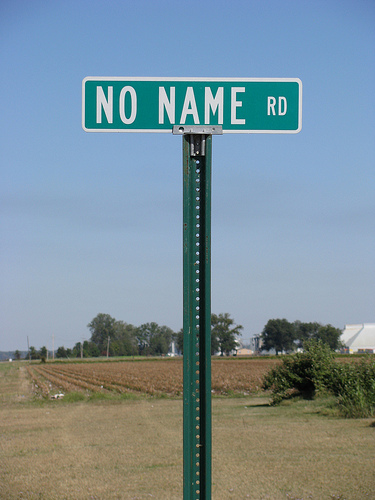 While YOU are a more sophisticated user and probably avoid Sponsored Links the majority of the population doesn’t.

That’s why Google’s Market Capitalization is more than a $150 billion and their shares trade at just under $500 per. If Sponsored Links, Google’s primary source of revenue, didn’t work they wouldn’t be worth quite so much.


. . . and those listings only cost you somewhere between 25 and 50 cents per click.

Do I want to take the chance that customers that already know my name also know to skip the first three Sponsored Links? Not here. In the land of smart phones customers want to dumb down the process to get to a number quickly and the first number is king. Convenience rules.


Given the amount of time, money and energy that we spend on traditional advertising--an additional 50 cents per click can make sure that the people that remember your name can actually find you.

Comment by Mike Sheehy on June 10, 2010 at 8:34am
Great insight here. I always thought ‘if you’re on the first page of search results, you’re doing pretty well for yourself.’ After looking at this research, I can say I was wrong to think that. I’m really glad you posted this information, and I will definitely need to work on SEO and the tips you have provided.

Great info and Mike your point about which profit center is huge. While most see this as a new car and used car option, when you drill down, lots of parts and service business on the table. After seeing your presentation at Digital Dealer you already know this but thought was worth mentioning again.

Ralph, for the customer convenience may be king, but in Pay Per Click--as you note--conversion is king.

Yes, it's very important that dealers are putting money into Google Adwords and many are which is a good thing. After that, it's about tracking and results. A dealer can start a Google Adwords campaign on their own, but all they will see are clicks to the site. What can you measure from there?... Nothing. It's all about what happens after the link is clicked.

Did you get a phone call?
Can you Listen to the calls?
Did you get a lead?
To what profit Center?
What's you're ROI in real time on your spend?
Do you know where every dollar you spent went and what the ROI was?
Can you target specific markets based on your competitor landscape?
Can you target cities and townships based on income of the residents there?
Are your campaigns being generated based on new and used inventory you have on hand to sell now?
Are you running fixed operations campaigns? (It represents 80% of most dealerships profitability)

Many factors play into a successful strategy.

Ralph: "Too many dealers are in denial and too many SEO flim flam artists are working in trelephone boiler rooms calling dealers to try and hoodwink them by claiming that the dealer can "Dominate" and "Control" Google for $4,000 a month... Yeah... Right"

You're absolutely right Ralph, there are alot of companies out there slinging mud around and charging dealerships for intangibles that they don't understand and don't have the time to understand.

You must not be referring to Total Control Dominator from Dealer.com though... because it's a pay-per-click solution and the vast majority of our dealers have been getting absolutely fabulous results and it's proving to be for many their most valuable advertising source for much less than $4000 a month. ha!

I'm sure you were just using those words because they popped into your head. ;)

All in all.... It's about finding the right balance for your store...

Measurement is where it's at and if you have that... you can react and make decisions on the fly about how to improve your performance.

Comment by Ralph Paglia on June 9, 2010 at 4:10am
Jim - There are many Automotive Digital Marketing professionals who have known this for years... Comparing over 2,000 car dealer web sites from a "Organic" traffic and "Search Advertising" traffic perspective, the conversion rate into completed lead forms on the Paid clicks in OVER 40% higher than on Organic clicks... In fact, of the 4 main categories traffic sources, Organic search engine sourced traffic converts into sales opportunities at THE LOWEST PERCENTAGE! Direct type ins are the highest and then PPC Search Sourced traffic, followed by Referring Links and ORGANIC SOURCED TRAFFIC IS IN LAST PLACE FOR CONVERSION INTO BUSINESS OPPORTUNITIES!

When a dealer is not getting a high enough visitor to lead conversion rate, I can usually guess at the cause before looking at the details... Too Much Organic (junk) Traffic.

With PPC Search Advertising, we get to define the geographic area of which consumers see the SERP Listings, which exact landing page they go to, exactly WHAT the listing says... Is it any wonder that PPC Search Listing traffic vastly outperforms Organic "free" junk traffic from everywhere except where the dealer does business?

The best advertising dollars a dealer can spend today is the first $2,500 a month he or she puts into a well constructed, monitored and managed Google Adwords campaign... And, that is not my "opinion" it is simply the facts the way they shape up.

Too many dealers are in denial and too many SEO flim flam artists are working in trelephone boiler rooms calling dealers to try and hoodwink them by claiming that the dealer can "Dominate" and "Control" Google for $4,000 a month... Yeah... Right!

I got some oil polluted swamp land in Louisiana that's a much better investment than in these fly by night SEO rip off artists.

Take the money you were going to pay for who knows what kind of crap, and open up your own Google Adwords account and do it yourself... With Zero training or Know-how, you will still outperform the SEO scheisters on a dollar per dollar basis.


I still do not understand why a dealer in California would want to attract shoppers in New York...