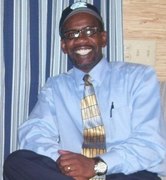 The General Manger is defined as a business executive who usually oversees a unit or a firm's marketing and sales functions, as well as the day-to-day business operations………after almost 19 years in the automotive industry, I see the General Manager or GM as the one plateau that most in the car business strive to reach. Automotive GM’s have been in charge of the Neighborhood dealership for decades and for many dealers that may never change……..or may be not!!!

The dealership level GM is suppose to be The Best Sales Person, The Best Closer, The Best Manager and The Highest Paid………………a good GM can earn as much as $50K a month or six hundred thousand ($600,000) a year, easily!!!! When you really think about it, some are even worth what they are paid, lol!!

Real good GM’s are able to produce upwards of one million dollars a month in gross sales from a single point dealership, all done with the right team. A good traditional team should include the following;

Each team member listed above should be considered an executive and/or department head with a team under them to manage of their own…..traditionally with the General Manger and/or the owner being the Head Honcho of the executive team members……. Or not!!! The New GM is the topic of my conversation and many after reading what is fast becoming true for the neighborhood dealers, large dealer groups and even automotive corporations, will flat out disagree with me and my conversation……The New GM.

The rise of social media, the introduction of digital marketing and the importance of the internet have changed the game in the lives of the people we call customers……Welcome To The Paradigm Shift - the rules are now changing for neighborhood dealers, for the customers who purchase vehicles, for the product specialist who sell them and Now Even More for the dealer principles who invest their monthly advertising dollars inside of this new Paradigm….. ……In Walks The New GM.

The Internet department, the business development department and now social media and reputation management all make up the virtual dealership….which now touches every part of our business. Less and less is being spent on traditional advertising… Not Much Print, Less and Less Radio and TV is used, only to drives the consumer to our website or The Virtual Dealership……where The New GM will deliver to the brick and mortar “The Right Now Buyer”………..without this New GM and his or her team of professionals, you are behind the times, where are you investing your hard earn money?....where?

Now here is where many may began to disagree, if they have not deleted or already stopped reading this conversation. Traditionally it’s the GM’s job to produce new business and retain the old, all done through traditional methods that they know…..Print, Radio, TV and even internet to drive traffic to the dealership…..NOT ANY MORE. The rise of the New GM’s from the closets we called internet departments, the back of the dealerships we call BDC’s and from the room with no windows, known as The E-commerce Department……

True men and women who love this business, who know the rules inside of this new Paradigm and who can produce more for less and have morphed into an online, bonafide General Manager………hear me when I say with a good comptroller, a great General Sales Manager and a open minded Fix Opts director…..Yes!!! The Rules have changed and The New GM is on the rise and production is up, now traditional GM’s get credit for hiring The New GM……yet so many owners, presidents and corporate big wigs……see the person behind their success and it’s not the traditional GM who goes to lunch with the dealer, trade shows or NADA. The person beside the dealer is the New GM and their input is fast becoming the gospel of our industry.

I am in no way saying the GM position as we know it, is becoming obsolete. What I am saying is change is good, change is needed in this new Paradigm and without this change your business will not survive…..for all the money we invest in third party and outside sources to achieve consistent monthly success in this paradigm…we should draw back and look at what we already have and the investment we are already making and place our focus on the human element and not so much the technology. Invest $250-600K a year to obtain $600-1 million a month in the traditional style or choose to increase your sales through decreasing your investment in the human element……The New GM.