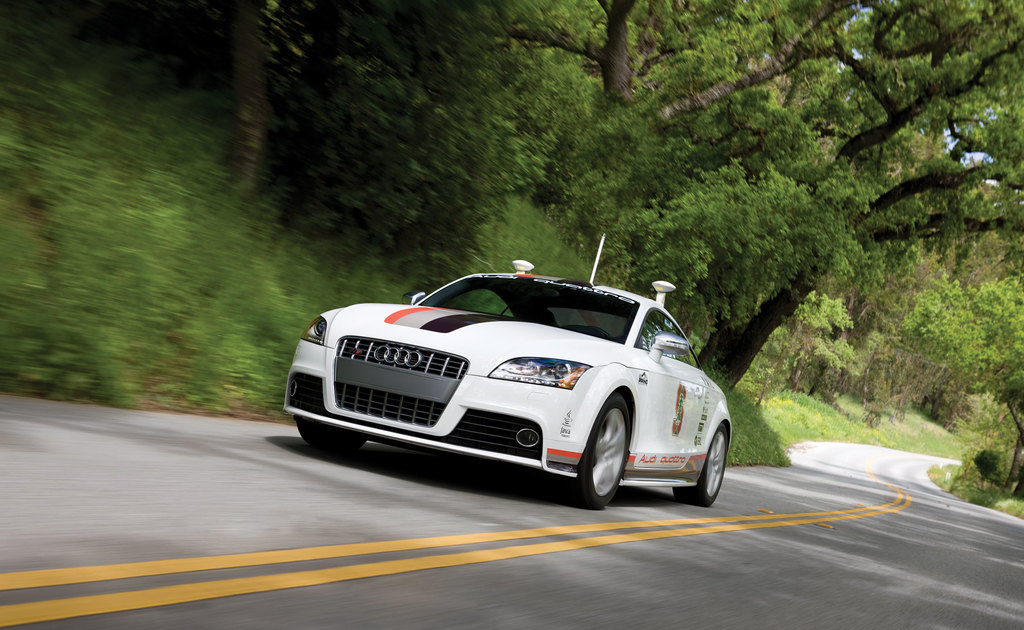 Your everyday routine keeps you busy with the truckload of tasks that you have to handle. Between work and picking up groceries and laundry, your mind was probably on the deadline of your assignment when you hit the car beside yours while parking. Paying attention, contrary to what many would say, is now no more a biggie on your checklist while on the road.

Autonomous cars are going to change all that. Autonomous cars is a fancy term coined for self-
driven or driverless cars. These cars, as the name suggests, can be driven perfectly without human input.

Here’s a sneak peek at the systems used to make the concept of autonomous cars:

• We all know about cruise control. It helps to maintain a car’s speed on its own without having to apply gas manually. The addition of radar sensors, which detect cars around it, adjust speed and help in parking, is a great stride forward toward an improved cruise control.
• The anti-lock brakes prevent the locking of a car’s brakes
• Pre-accident system senses an imminent accident and controls the car out of it. In a tight situation, this system prepares the ones inside the car for a reduced impact by tightening the seat belts and reducing engine power
• Stability and traction control also prevents accidents like skidding or rolling over by applying pressure on each wheel
• The Traffic Jam Assist is another feature, which, as the name suggests, assists during traffic congestions
• Self-parking systems speak for themselves
• Cameras with the aid of Image Processing Software will detect lanes, traffic signs as well as other cars and objects around the vehicle
• Lidar or Laser range finder, consisting of infrared sensor units placed on top of the car, will take horizontal distance measurement and create a three-dimensional map of the surroundings
• GPS unit helps to detect the location of the car and destination of the ride
• Wheel Sensors are used to track the location of a car and the Accelerometer is used to navigate when the GPS system is unavailable.

There are numerous benefits of a self-driven car. Some of them have been listed below:

• Autonomous cars would put a stop to human errors while driving
• Traffic concerns would be reduced. With self-driven cars, traffic congestion would be almost a thing of the past.
• Accidents would be minimised and prevented, thus enhancing safety and stability.
• Parking problems will vanish. With self-parking system of the autonomous cars, all you would need to do is get out of the car at your destination and go in without having to worry about parking your car. It would park itself manually. Also the space requirement will be reduced since you would not have to get in or get out of the car in the parking space.
• You would no longer need to pass a driving test, since drivers would then become a thing of the past with the autonomous cars ruling the road.
• Physical disability will no longer be an issue.

The first hazard to point out is the whole concept of self-driven cars. Wouldn’t it be scary to sit inside a car, which is driving itself? You would feel entrapped by a machine, like Skynet in the movie ‘Terminator’. A car with a mind of its own should raise quite a few eyebrows.

• There would always be a fear of the machines malfunctioning, what if the whole system crashes and you are in the middle of a busy road? Alarming, right?
• Once the autonomous cars are released in the market, they would be insanely expensive owing to the coolest technology involved in its making. Therefore, only a few sections of the people would be able to afford them.
• Many drivers will lose their jobs due to the self-driving aspect of the cars
• Also, driving enthusiasts would not be interested in autonomous cars since it would take off the essence and pleasure of driving their own cars.

The concept of autonomous cars is yet to be implemented, but newer technologies are constantly being developed to take over the older ones. These cars will have to go through truckloads of policies and legal approval before launch. Once released, they would take driving to a whole new level.

Timothy Kaye, CEO of Premier Plates UK, is fanatic about cars and has tried his hands on various segments of four wheelers for a significant number of years. Sports car thrills him most, and he takes special interest in number plates.

Thanks for posting this, Timothy. Autonomous cars and the technology behind them are fascinating.