The Google Plus Game Changer

A Lot of Talk About a Badge! 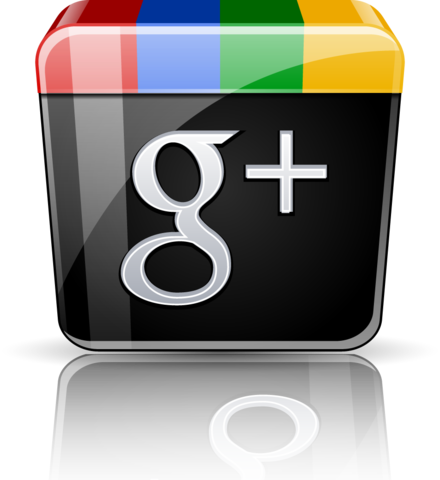 A lot of fuss is being made of late, of Search Plus Your World and for good reason: love it or hate it, this is going to make a huge impact on Automotive SEO now and for the foreseeable future. This is great and there are some great simple steps you can take to create your Google Plus account. There is actually very little to do other than add a photo and tagline and start sharing.

But what no one is talking a whole lot about the +1 itself. Sure we'd like to assume if we create a nice page and put lots of great content on there that +1's will follow. But let's face it folks; Google's new toys are always just that: toys. Little testing, and no guru's have taken a crack at breaking or gaming them yet. In other words, can you buy plus ones?

Well, we've gamed the system and tested the results and they're profound. Gain a nice steady flow of  +1's and the Google Search Gods will smile upon you and grant you unparalleled domination in SERP with your highly +1'd content!

Getting lots of +1's is easy when you know what to do, but very time consuming due to the amount of time one needs to spend engaging people on google plus. Therein lies the beauty... The results allow you an unfair competitive advantage. It's also, what google wants! So this "Gaming of the system" is one Google WANTS! Hallelujah!

But where can a car dealer go to get someone to get Plus 1's for them?

Wikimotive is announcing +1's for Car Dealers! We have developed a strategy where we can acquire +1's at a steady rate from real verified google plus accounts owned by real people over the course of days, weeks or months which remains consistent with google's guidelines!

We are selling +1's for $2 per +1 and offer discounts for large orders.

Marc, your statement doesn't make sense. Why would following googles own confirmation about social indicators be black hat?

More Black Hat stuff.  Show me one leader in any industry that has to "game" the system to get ahead.  I've built thousands of "likes" on Facebook by doing it correctly, and +1 is no different (expect of course the base).

The same way Google has busted the linking farms, they will bust this game as well.  Do it right from the start and you won't have to resort to these type of games.

The success of our strategy has resulted in a certain predictability to the rate at which Google + users will +1 something. It is the +1 metrics we're standing behind in terms of a guarantee. Since car dealer's think in terms of numbers (IE leads, appointments, demo drives, sales, etc) they have something tangible to measure a certain level of success that doesn't require a whole lot of explanation.

Google has indicated that content with consumer supported social indicators will appear more highly in search and that now Google + will be the most significant social indicator used in their ranking.

Hey Mike, Albrecht Auto does not currently pay Wikimotive for the +1 service so there would be no compete issues there. Also, unless there is direct competition by brand there is no issue.

Manny, I would be really surprised if that was the case, but hey you never know with Google!

@Tim, You are far too informed and connected (Google Team ect...) to be making a brash choice with this offering. (Are we allowed to market directly here at ADM?)
I will admit to not being fully up to date with Google+. Could you enlighten me, and others here on ADM, on how Google+'s are "earned" and what Manny is referring to below with Google giving more power to their +1's? Always looking to learn. dtg

Are you able to offer services in the metro-Boston market or is there a non-compete with the Albrecht Group?

Scott, I knew when I posted this, I'd be sort of stepping on a bees nest here. We've also been taught so many times that if all you have to do is "pay someone to pull some strings" they're usually doing some thing thats not above board.

What I'm doing scott is offering the same quality of service (and likely better) as the services who just talk about managing a social media platform. I think my approach is superior as it utilizes Wikimotive's superior ability to engage consumers (in all verticals).

That said, my experience has been that the majority of dealers (not necessarily the most digitally proficient ones, but remember digital dealers are the minority not the majority) when the Facebook, Twitter, and now Google+ conversation comes up, the first thing they ask is, "How do I get Likes/Followers/(and now) +1's?"

I'm not going to totally pull back the curtain here, but Facebook has already shown us where social media is going regarding promoting a business or brand. They've diminished the value of the like and showed us that share's are FAR more important now.

Google+ is behind Facebook in terms of where they're at with gauging social graph. But I discovered some interesting facts about the way Google+ ranks content shared with its user base. So much so, that it has allowed me to approach the "Social Media pitch" a different way.

The best practices are there I'm just not pitching that part of it because my experience has shown me that the majority of dealers are far less interested in best practices than they are with results. They'd rather take the easy way and pay to play.

Hence our company's motto: No contracts, no commitments - Just Results!

Simply put, the success of my strategy which is totally above board has given me a level of predictability that allows me to stand behind the +1 as proof of result. Scott you should know better than most as a dealer like me - we were brought up in this business to understand one absolute - it's a numbers game! So if numbers are what most dealer's want - I got em! (and the best practices too, but don't tell any one! It's not sexy! lol)

Thanks David and everyone for sharing your feedback!