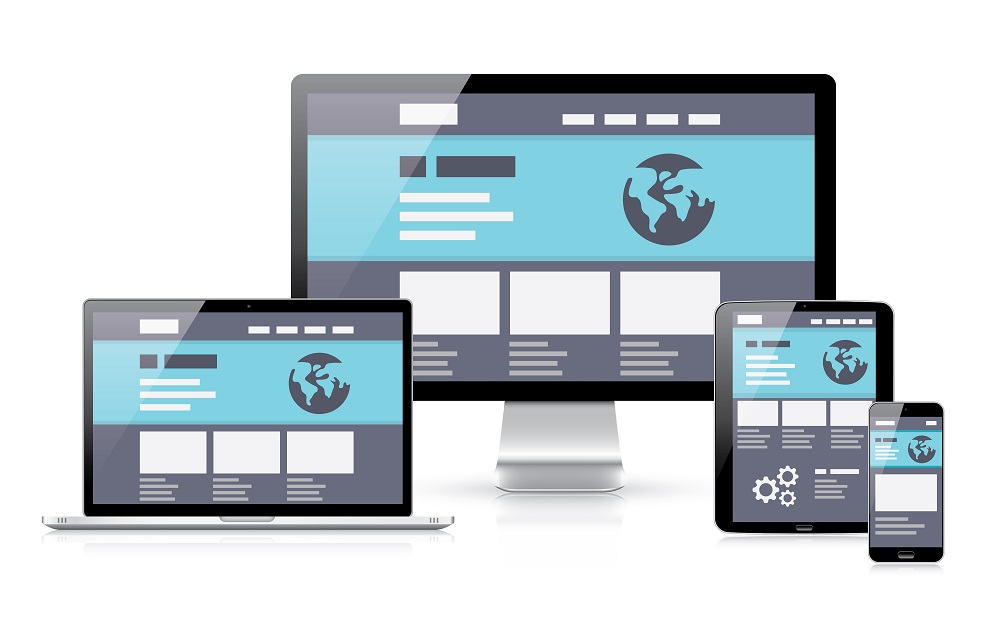 Today, I am happily reversing my opinion. The industry has caught up. There are a handful of companies in our space that have not only improved on the earlier iterations that I did not like but who have taken their responsive sites beyond the adaptive sites that were performing phenomenally well. It's not that adaptive sites are bad or that they've fallen off at all. Today, the responsive sites (and the numbers attached to their results for dealers) have surpassed their adaptive counterparts.

The real difference in the platforms that I have seen launched in recent months compared to the original batch of automotive responsive website designers is that they seem to have followed (coincidentally, I'm sure) a different assertion I made a week after the original post that dealers and their vendors should build websites for mobile first. Mobile is today. It's getting bigger tomorrow.

Responsive websites that are built to accommodate the demands and limitations of mobile devices do not lose out on desktop functionality. If anything, today's savvy buyer has grown accustomed to a more mobile experience on their desktops and appreciate the simplicity that such design brings to the table.

I am dying to name some of the companies that I have looked at over the last few months that have impressed me with their designs and website management tools, but now is not the time. There are five strong responsive design firms that have impressed the heck out of me lately. Two are well known. Two are less known. One is pretty much unknown in the industry. I won't name them because I have yet to do a comprehensive review of everyone's platform. Considering that there are about 50 players in the automotive website arena, it's likely that I will never make it through them all.

In lieu of recommendations or direct endorsements, I'll keep it simple and show you what you should be considering...

There are plenty of other things that I could go into regarding what to look for in a responsive website design, but I'll leave it off where it is and add a single closing thought: a great adaptive website is still better than a good (or bad) responsive website. Let the numbers guide you in your decision. It's about getting leads and driving more people to your inventory both online and offline. Make sure that the experience they're receiving in their mobile exploration of your website is better than any of your competitors. It makes a difference.

I'm unsure of the basis for many of the comments supporting Amir's claims, since he has absolutely no hard data as evidence.

JD Rucker brings up an extremely good point. At WorldDealer, we struggled with moving on to RWD, we were fine with AWD for a number of different reasons (mostly from a resource standpoint and unbeknownst clients). I've done much research in order to justify the move and it's paying off handsomely for us and our clients.

I'll gladly be your Huckleberry! Fine and dandy...

I'll throw myself to your test for Kelly Automotive in the Allentown & Bethlehem area and Findlay Toyota in the Las Vegas region.

I'll gladly take both of those scores (regardless of what metrics they are using in their comparative method), considering the amount of data that has to be loaded on an average automotive retail site. Shall I do more for you?

Remember, applications like a chat mechanism and Google Analytics (somewhat of a hypocrisy, because of Google's site speed ranking variable, within their overall algorithmic equation), slows down any site. Website providers should be using passive analytics, which requires no need to load scripts or tags (something we are working on specifically for the automotive retail vertical), but that's an entirely different subject. In fact, the mobile site would have loaded quicker, if not for the chat mechanism. IMO, that shouldn't be on the mobile site, I showed in the above example. At least this claptrap of an article shined our error to me.

Additionally, arguing with the likes of Google...? You're going to end up losing that battle, each and every time. I've no absolute data to back this up, however, the likelihood of Googlebot ranking responsive sites ahead of websites using, what I like to term as "chopped up" code and 3rd party buggery, is highly unlikely. Regardless of what Matt Cutts and the like proclaim in their blogs, it is my educated guess they're moving entirely in this directional pattern.

Amir, I believe you're arguing for the sake of your own wares, as a few individuals and I have highlighted. That's all good and fine, I get the strategy. However, don't act as if RWD is "The Wrong Choice for Dealers." That's a rubbish statement and it should, in fact, be ignored.

I disagree and wholeheartedly. You're taking many things out of context and using lines like, "According to major automotive search verticals..." Which verticals would those be... how about some hard data to support this claim?

It's all about the user experience to Google and that includes the manner in which a site displays and easy access to all content, plus speed. Responsive design has been around for ages, it's just now catching fire in the web world.

Site Speed Claim...?
Each site is built differently, with different amounts of media, plugins and code that need to be loaded, etc. No one should make general, blanket statements, such as you have. I've a number of responsive sites up and running and they perform excellently on all devices. All of the sites we've launched have gone up in speed, VDP views and rankings.

Additionally, converting a site to a RWD site doesn't necessarily require a complete rebuild, as many claim. It greatly depends on the pre-existing website structure.

You've failed to mention that using a single URL for a piece of content makes it easier for your users to interact with, share, and link to your content, and a single URL for the content helps Google's algorithms assign the indexing properties for the content. Take, for example, a mobile user who shares content from a mobile site with a friend on Facebook who then accesses that content using a desktop, which results in that user viewing a stripped down mobile site on their desktop. This creates a less than optimal user-experience, and because of the large emphasis Google is now placing on user-experience as a ranking factor, this is essential to take into account with regards to SEO.

No redirection is needed for users to get to the device-optimized view, which reduces loading time. Also, user agent-based redirection is error-prone and can degrade your site's user experience. See:https://developers.google.com/webmasters/smartphone-sites/redirects.

It saves resources for both your site and Google's crawlers. For responsive web design pages, any Googlebot user agents needs to crawl your pages once, as opposed to crawling multiple times with different user agents, to retrieve your content. This improvement in crawling efficiency can indirectly help Google index more of the site's contents and keep it appropriately fresh.

Return visitors are NOT reduced using Responsive Web Design. Where is your data to prove such a statement...?

What about accessing blog content? Through RWD, it's easy for Google to crawl a great amount of data with the same URL, whereas more mobile site platforms make it much more difficult, just in general. The indexing aspect as well as being able to manipulate many aspects of content marketing, such as using a variety of plugins to accelerate Mobile SEO, which is NOT Global / National or Local (this should be highly noted).

A standalone application only creates the need for further marketing (additional costs). You're assuming all of your website users will install it.

Conclusion: You have a better opportunity to convert leads via a single Responsive Site.

Here is a load of crap at a competitor site, which I responded to...

Why Responsive Websites Are The Wrong Choice For Dealers

Ha ha, I know you're being sarcastic. I don't control that area. They need to be heavily reduced and taxonomies need to be developed based upon conversion and popularity, with a mega menu like http://subaru.com. :-)

http://findlaytoyota.com, there's another we just finished.

@George Nenni, done, thanks for showing us our faults. :-)

Great article on support for Responsive and it's importance for Mobile SEO @ http://searchenginewatch.com/article/2253965/3-Reasons-Why-Responsi...