The Fourth Commandment of Automotive Video Marketing: Be Social

When a viewer chooses to watch a video--amateur or branded--they're not surprised to then see that video play on their screen. After all... they chose to watch it. And what that does is lower guards. A viewer choosing to enter into a branded video experience is much more open to what it has to say. Pre-roll viewers--by comparison--are more likely to be annoyed or frustrated, putting them in less of a mood to be marketed to.

The Power Of Video

To say that online video has become a staple of the marketer’s toolbox would be a significant understatement. More than half (54%) of senior marketing executives say that they use online video, while 23% are planning to use it, nearly 70% of them within the next year. Companies see online video as an effective way to spur higher degrees of brand awareness, retention and loyalty. Seven in 10 respondents (68%) to the Forbes/Sharethrough survey said that a top objective was to enhance brand awareness. Fifty-five percent of respondents said branding was a goal of online video advertising, while 43% pointed to bolstering customer retention and loyalty as a leading objective.

In order to define what social video is, it's important to differentiate it from viral video, because a lot of websites use the terms interchangeably and it's easy for people to get confused.

In my view, a viral video is one that achieves a high number of views through the organic word of mouth from one viewer to another. This is where the word comes from, after all, because viral videos spread like a "virus," from person to person. Sometimes that's literally through word of mouth, like an in-person conversation, or a phone call. Other times, it's over email. And yes, very often the viral spread of a video 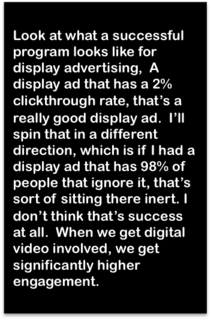 Where "viral video" is more of a destination ("We did it, we've gone viral!"), social video is all about intent on the part of the brand. Social media has woven itself into the fabric of our society. It's how we share good news, movie reviews, photos, or videos. It's the new front porch... the new water cooler... social media is where our communication with each other is taking place. So social video is all about an intentional brand strategy that leverages the powerful communication capabilities of social media by appealing to the emotions that cause viewers to share.

"How can we interact with our customers more over video, and what kinds of video are they more likely to share and discuss with each other?"

2012 was the year that social video grew up. Rather than chasing the next ‘viral hit’ – the strategic equivalent of throwing a lit match in a darkened room – a lot of advertisers over the last 12 months have stopped crossing their fingers and instead focused on creating content that is optimized for sharing.

With 72 hours of video uploaded to YouTube every minute, there is a lot of competition. However, recent research studies have found there is a formula. Social video success is predictable, measurable and repeatable. Just look at agencies such as Duval Guillaume Modem, who created three of the top 20 most shared ads of 2012.

This is the essential question behind what most people refer to as viral videos. Many dealers we speak to are under the often mistaken impression that they can take their branded content, post it to their social media 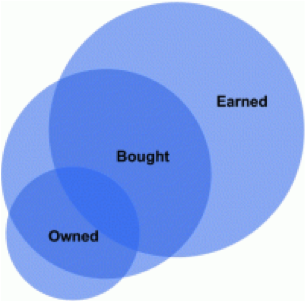 properties (YouTube channels, Facebook pages, Twitter, Pinterest boards, etc.), cross their fingers, and wait for their videos to go viral. Not only are the odds greater that Facebook and Google will hold hands and sing Kumbaya, but generally speaking, this is not the way automotive video marketing works.

Not all views are created equal. The most effective automotive video marketing campaigns will use paid views or other forms of advertising such as online classifieds to drive social sharing and earned views in order to generate ROI. The more spent in paid views, the more opportunity to garner earned views and higher levels of engagement. Remember, you can't share what you didn't see.

Data from Sharethrough--the social video distribution platform--shows that video campaigns where viewers choose to watch the clip have a sharethrough rate that is 75X higher than auto-play (pre-roll) campaigns.

And somehow, those numbers are both staggering and obvious at the same time. I don't know about you, but I don't know a lot of pre-roll fans. But I do know a ton of people who watched this Volkswagen Darth Vader ad of their own free will and loved it:

In fact, 55 million people (to date) have watched that commercial by choice. Now don't you think Volkswagen would rather have that kind of data over the raw impressions number they can get for the same content on a television network?

And yes, I know the ad also ran on television (during the Super Bowl, in fact)... that's my point. That part of the campaign couldn't give the auto-maker anything more than number of times it aired. But the YouTube portion gave the company a much greater understanding of how viewers connected to it.

It also gave Volkswagen the chance to see how many viewers liked the ad so much that they voluntarily shared it with their friends.

Until the day that brands can sit down and have a conversation with every ad viewer, there will always be unknowns in online video advertising. But the new technologies and techniques of social video allow us to learn far more about the audience than ever before. Once we can measure engagement through the power of views, we don't really have as much use for impressions as we once did.

Just like email marketing moved small businesses a huge leap forward in marketing effectiveness over direct-mail print ads... so too views are providing brands with a vast improvement over impressions. There is a Grand Canyon of difference between a viewer being talked to and a viewer initiating the conversation with a video view.

It's About Shares, Not Clicks

For some time now, clicks have been a fairly common measure of an online ad campaign's success. For instance, with Google's Adwords, there are 'impressions' and there are 'clicks.' The former is a measure of the number of times an ad is displayed, while the latter is a measure of how many times that displayed ad was intentionally clicked on by a user.

Clicks are all well and good. I'm not here to bash clicks. They are still a representation of the consumer's intentional action to learn more about a brand, project, or campaign. There's value in that, and I won't say 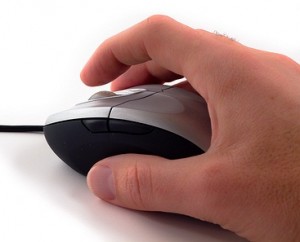 However, something better has come along, and smart brands are beginning to care less about clicks and concentrate more on shares.

A 'share' is a measure of a consumer sharing your branded message (article, ad, video, etc.) with another individual (or multiple individuals).

To put it simply: shares measure when your audience starts doing your job for you.

Social media has really exploded, and along with that growth has come the added power of the share.

Now, instead of simply counting the consumers who willingly choose to watch a video, brands can begin to measure how many 'brand apostles' they're cultivating.

A click is just one thing. It's just one... click. One person clicking on one link or video giving that brand the chance to market themselves to one person.

A share represents much more than that; it represents one-to-many, and the chance for exponential growth.

In addition to the over-55-million people who have viewed the Volkswagen video, data from Unruly Media's Viral Video Chart can tell us a whole lot more. The chart measures sharing activity around a video, rather than ranking them by total views.

That's an awful lot of sharing behavior, which is why the video has as many views as it does. Most of those shares listed probably resulted in multiple other individuals viewing the ad. Which led to even more sharing... and so on and so forth.

This is the power of social video. Successful campaigns can be self-sustaining, and many have surges and waves of popularity--small bursts of viral sharing behavior that keep the campaign alive, still engaging audiences months after their debut.

Because of influencers and gatekeepers - those social media individuals with larger followings - shares have the potential for exponential growth. A click is always only going to be a single action of one user. A share from the right influential user might represent hundreds more consumers reached... or even thousands.

There's a scene in the movie, That Thing You Do, where Tom Hanks' band manager is trying to convince his musicians to perform well for a particular concert. He points at a local radio DJ in the crowd, explaining that if they can impress that one radio DJ, then the man will then play their song on the radio the following day for tens of thousands of other potential new fans.

It's the exact same with social video--brands are just hoping to impress or engage enough influential social media users to achieve that same ballooning audience effect. Which is why the best campaigns include much more than content creation, but also distribution and social media strategies.

Shares are simply more valuable, powerful, and cost-effective than clicks. But in order to see consumers share your brand, your story, or your online video with their friends, you have to make some kind of connection with them. You have to engage them emotionally, and in a way that traditional television commercials never did.

And as more brands wade into social video waters, the competition for those shares and for the attention of those influencers is only going to get more steep. That will drive even more ingenuity and creativity from brands and continue to propel the shift away from ads toward brands creating their own original content.

So obey the Fourth Commandment of Automotive Video Marketing and be social!  And please, use this forum to share your experiences, questions, concerns and creativity on this topic.