The Dark Side of Social Media 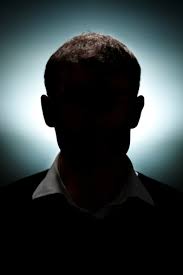 I was inspired to write this by a couple of retired academics that I have been meeting with during my stays here in Colombia, SA to discuss the differences in our respective languages and to solve the world’s problems and also some articles I’ve recently read to which I have linked to throughout this article.

It is sometimes it is important to break from the norm, take a broader view and point out that social media is not only an effective marketing tool but also a news dissemination tool that can often show the darker side of the human species and the suffering that it brings with it.

It is a sad fact that money and power are and always will be driving forces of the human condition and there are some that will stop at nothing to have it. This includes destroying whole countries in the process and inflicting mass suffering on its population.

Social Media can effectively get out the news of how greed and the quest for power will stop at nothing to maintain control at any cost which includes the most atrocious offenses against humanity. From our neighbors in the Middle East to Venezuela social media can be a powerful weapon against this oppression and we sometimes tend to unconsciously block it out in our own quest to get ahead to improve our own lives and even some that need to quench that thirst for money, prestige and power.

And is social media just another media form that further desensitizes us as the grave injustices we talk about today are forgotten to embrace the next news media headline tomorrow?

And “Is there something else that happens in these times of crisis that reveals a dark side of the human condition. When something like the Boston bombing happens, we tend to turn into sheep. Yes, we need to discover critical information. Yes, we need to help each other grieve and overcome. But beyond that, we become sheep for the media. I don’t know about you, but having the media serve as our shepherds during times of crisis doesn’t comfort me one bit. Sure, the media might break important news – and sometimes may get it right – but trust me when I say that the media doesn’t really care about you. It doesn’t exist to inform you. The media (all media) exists to sell advertising. Period. Informing you is a byproduct of this main goal. So whether it’s a hurricane bearing down on the Gulf Coast, or a bomber hiding out in a neighborhood, when you’re glued to the television or computer to satisfy your need to consume this critical information – you’re giving the media exactly what they want. Eyeballs. I read a piece on Slate last night that offers an excellent alterna...” Jim Mitchem a writer on the human condition stated in an article.

None of us have all the answers and I for one would not attempt to give solutions to these afflictions that are part of the human makeup. It’s just a good thing once in a while to remind ourselves and to think about the things that are most important to us as a society and to give us some perspective in our daily lives and in how we see, deal with and treat others as people, employees; associates and neighbors and maybe be a little less concerned with power, prestige and money and more concerned with sharing, communicating and connecting.