The 3 Hopes of Automotive Marketing

You've been buying advertising across multiple channels and techniques for years and you’re doing it with three hopes in mind:

Efficiency has always been the problem with attaining the best return on investment (ROI) possible. 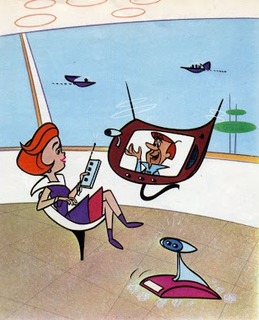 Remember when we were kids and used to dream of the day when we could watch TV, call our friends (and see them in video), speak into a device, ask a question and it would answer us, or play games all from one portable miniature device? We thought cars would fly by then and we’d be living in the sky too, like The Jetsons.

It’s possible you have a dog named Astro, we have robots that mop and vacuum floors, but our houses are still on the ground and so are our cars. However, there’s a significant probability you’re reading this from your portable miniature childhood fantasy come true (that's a metaphor for mobile phones for you Flintstones out there). Now that you’re all grown up and in the business world, you dream of the day when people will actually want to look for and interact with your ads. You wouldn't even have to pay for them until someone looks at what you have to offer or calls you directly.

Wouldn't it be cool if the research on its demographics weren't based on 8 or so meters or 1,000 boxes out of 6 million people in a city? What? Research numbers based on real, live, physical people; and you can even see how they behave, what devices they use, when and where they are doing it from? No way! Pipe dreams are what those are! Just like the dream of your super-duper portable computer that can tell you anything you want to know, show you anything you want to see, and you can put in your pocket. That’ll never happen!...Right???

In business and marketing, we are always searching for the best ideas and most efficient ways to spend ad dollars. When great ideas happen it’s like a bell rings in your head, “BING”. Then it comes to life and we shout, “YAHOO!”. “What’s it called?” you Ask.com? If I tell you the name you have to promise to Google it and make it part of your advertising focus!

If you are a student of marketing, at some point you've probably heard of Everett Rogers’ Law of Diffusion of Innovations and here’s what it looks like:

You may have been introduced to this by guys like Seth Godin or Simon Sinek. That’s where I learned it anyway. But here’s how it applies to the auto industry and why it’s relevant to you.

The modern automobile has been around for more than a hundred years. In a general sense, we are all Laggards, in that we aren't among the Early Adopters or even the Early or Late Majority. We drive cars because that’s what we've always done just like our parents and grandparents. Mostly I think it's just because we, as a society prefer CO2 emissions to horse apples in the streets. In any case, that makes us Laggards…to a point anyway.

The Innovators today are the OEMs releasing new models with the latest technology. You market to the Early Adopters (at least you should be) who want the latest and greatest in new cars. There’s also a huge market for the Early and Late Majority with pre-owned vehicles. Then there are the Laggards that still read the newspaper and drive 11 year old cars. 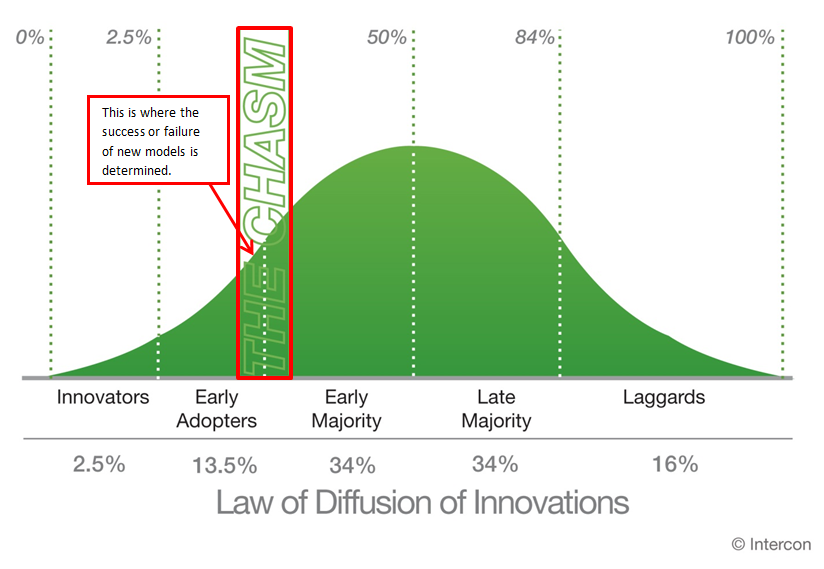 Where does your marketing plan fit on this chart? Why do people buy your cars and not from the other bazillion car dealers you compete with? Why do you buy advertising? Maybe it’s relationship or you do what you've always done. If you’re on the digital train, you’re either on the Innovator, Early Adopter, or Early Majority track. Believe it or not, advertising fit’s in the same categories on the chart and it’s pretty obvious where the various mediums fit.

About people coming to you (instead of waving your products in their faces as cleverly, cheesily, and/or loudly as you can)...

There was a time when people dreamt of reading the latest about the world, their country and community all on a sheet of paper. Then it happened. Then we dreamt of machines that would carry us places instead of having to ride on or behind a (or team of) smelly horse(s). Then it happened and you sell them every day - the same with TVs, radios, phones, computers and so on.

So why search engines? Not because your OEM is shoving it down your throat. Because it’s the pipe dream you wished for your entire career. It’s the place 94% of people voluntarily go on every device they (and you) are addicted to so they can find you and the cars and trucks you sell. No, they’re not looking to the DVR’d shows they watch where they skip over your commercials or in the car trying to escape the day with music on iTunes or maybe radio, frustratingly changing the station each time commercials bombard them.

Ok, so people (almost ALL people) use their PCs, tablets, and phones to voluntarily seek out my products? Yep!

That probably means it’s extremely important that I differentiate myself, right? Yep!

Different people respond in different ways to different messages for different vehicles so I probably don’t want to use the same ad copy for my entire inventory or that my competitors use, right? DEFINITELY NOT!

So I probably want to work with a company that will modify my ads for all devices, not use the same ads for my whole inventory, and make me look different than my competitors? Yep!!!

I should also implement my goals and objectives into the campaigns and make sure that this also ties my entire marketing together since people will always go to the internet first no matter where they hear about me, right? Hey, you’re getting the hang of this thing!

The way to make those three hopes reality with SEM (or any advertising/marketing) is this, Simon Sinek's Golden Circle: 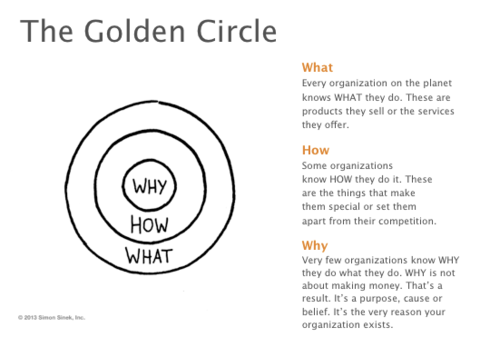 Why? People are actively searching for your product like you've always dreamed of in an efficient and cost effective manner to you.

How? By using their PCs, tablets, and cell phones to search for cars and trucks.

What? Google, Yahoo! and Bing ads put you in front of the more highly engaged shopper for far less money and greater opportunity for conversion. No matter how many times you appear and they see your name, you only pay when the visit your site or call from that ad. If they don’t buy then, we follow them online and remind them you have what they want.

Seems unbelievable right? Too good to be true, huh? Well, so were your cars, phones, and tablets but you use those every day without a second thought. My point is, not that SEM is a brand new idea, but that there is just too little emphasis placed in automotive marketing budgets for Search Engine Marketing. So I ask you, are you an Innovator, Early Adopter, Early/Late Majority?

(Laggards won’t see this, it’s not in print.)

Determine where you fit in The Law of Diffusion of Innovations. Apply The Golden Circle in your messaging. Then place your business in The Chasm that is Search Engine Marketing with a company that understands these principles. Now you're on your way to efficiency and a great ROI! 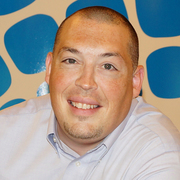