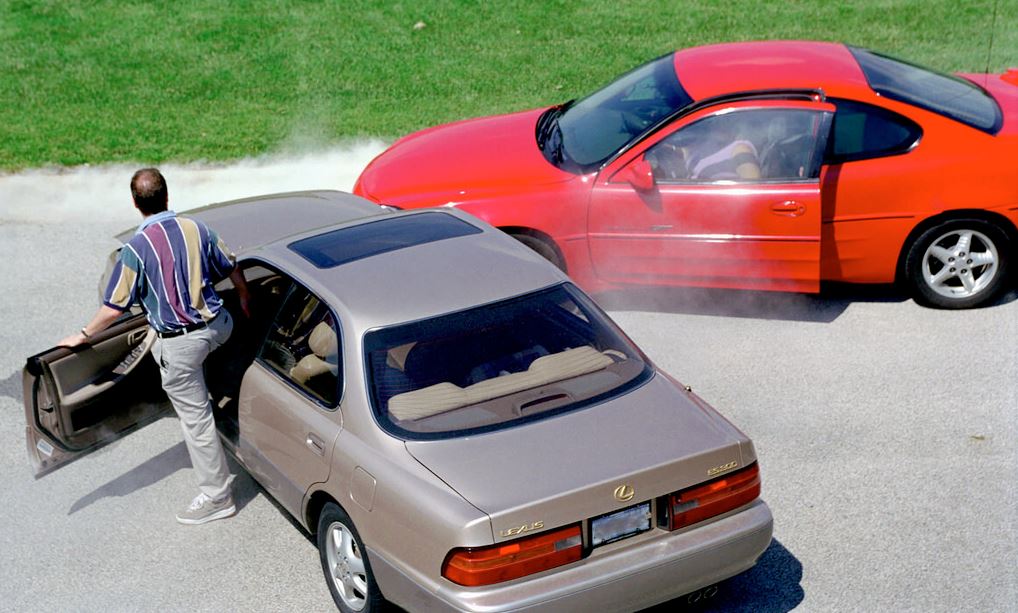 The South Bend Tribune, in the May 21, 2014 edition, tells the story of a mother who witnessed her daughter Courtney’s car being slammed into by an Amtrak train. The train tore the car apart for a hundred yards down the track. Incredibly, Courtney survived with a broken arm and fractured wrist. Her two-year-old son, Jameson was in the car with his grandparents as they witnessed the wreck.

Half of Car Goes One Way, Driver Rides The Other Half to Safety

ABC reports that in late September, 2015, a 20-year-old driver in Winter Haven was speeding in the rain. He lost control, sliding sideways, and ended up wrapping the car around a tree. The car continued on past the tree it was wrapped around, making this a wreck of a different kind. The front of the car flew off to one side, and the cabin of the car, with the driver still belted in, went the other way, carrying him to safety.

Formula One Driver Stays Seated as His Car is Destroyed

In the 1990 Spanish Grand Prix, Martin Donnelly approached the final hairpin during practice, traveling at around 140 mph, and ran straight into the barrier in a stunning display of destruction. Donnelly came flying out of the car to the side, sliding down the track while still belted to his seat. He survived, barely escaping the amputation of his right leg, and suffered a broken collarbone, cheekbone, and bruised lungs.

The London Telegraph reports that, driving along in the Colorado National Monument in 2009, Daniel Lyons lost control at the edge of a canyon and plunged off the side. Miraculously, his van came to rest on top of a rock formation, balanced on its center, perched over a 170-foot drop to certain death. Somehow he kept the van balanced until help arrived.

There are few car accidents with as unique a survivor story as that reported by BBC Asia of Australian truck driver Bill Morgan. After being crushed alive in his truck, his heart stopped and he was pronounced dead for 14 minutes. He revived after a 12-day coma. A year after leaving the hospital, he bought a lottery ticket and won a car. While reenacting his lottery ticket story, he scratched yet another winning lottery ticket, this time for 250,000 Australian Dollars!

You never can tell which way fortune is going to swing. According to St Louis Auto Body Shops, stories like these car accidents make it seem as if some people do have angels watching out for them. After all, is luck alone enough to explain survivors like these?