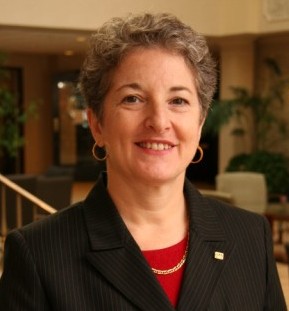 This year, the event will be held in Los Angeles on November 20th at the Millenium Biltmore Hotel. While DCH and Ms. Scarola are based on the East Coast, they have strong dealership representation in Calilfornia and many of the California and New Jersey based employees of DCH will be in attendance.

Nominated by her direct report, Dana Rodriguez who is the group's Brand Experience Manager, Ms. Scarola was a an easy pick for the award. Despite her obvious qualifications such as only CEO of a major dealergroup, leader and influencer in the industry as a whole and her strong commitment to fostering positive work environments for both women and men within DCH, it was the impassioned nomination by Dana that made this year's honoree a clear cut choice. We have decided to reprint Dana's nomination letter for all to read versus trying to paraphrase or quote it, in order to not diminish the sentiments of her team. I believe it is the wish for many of us in the WAAI to find someone like Ms. Scarola under whom we can mentor and then to one day hope for even half the admiration she receives.

"I can't put into words how absolutely thrilled I was when it was announced that Susan was going to be the President and CEO of DCH Auto Group. I knew that this was not a position ordinarily held by a woman, but I should have realized that I do not work for an ordinary Auto Group! Susan works stronger, harder, and smarter than anyone that I've yet to meet. She made a commitment to all of the employees of DCH Auto Group, which is a bit over 2,800 right now, that she would personally travel from dealership to dealership getting to know who we are. Can you imagine the President and CEO of one of the nations top 10 Auto Groups caring so much about the employees? Making time to meet people and get to know everyone? This is the type of person Susan is…caring and committed.

Susan knows that employees that are proud to work for DCH Auto Group are the key to our success. I've often heard her tell employees that "If you're not proud of where you work that how can I expect you to deliver The DCH Way to our customers and to each other?" "Our business is not just about the car"…her favorite page from our brand book entitled "The DCH Way". In 2007, Susan traveled from cost to coast visiting every dealership to speak to every single employee about the importance of practicing The DCH Way…doing the right thing; the importance of behaving with honesty, integrity, and the highest ethical standards. Not only has our Employee Satisfaction seen an overall increase, so has our customer satisfaction. As a matter of fact, in 2007 DCH Auto Group had more J.D. Power certified Dealers of Excellence than any other dealers group in the nation!

Susan has always made time for the good of our communities as well. She has been a sponsor of Camp Sunshine, a retreat for children with life threatening illnesses and their families for many years. She is an integral part of making DCH Auto Group SADD's (Student's Against Destructive Decisions) exclusive vehicle dealer partner in the Tri-State New York area and Southern California. I could go on an on!

On an even more personal note, as a woman in this industry for almost 15 years, I have never been so proud of my company as I have been since I began to work directly for Susan (when she became President and CEO). She has managed to maintain such a perfect balance of still being a woman, but a firm and respected woman. She is soft spoken, but speaks with conviction. She is an inspiration to me and is undoubtedly not only the best leader that I've worked for, but a person that I will reach out to for the rest of my life. People are better off for knowing her…I am better off for knowing her."

Register here for this event: